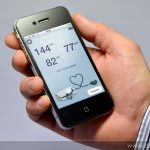 as digital tools advance fields such as education and healthcare, there is a risk that these tools create a digital divide.  this phenomenon, known as the matthew effect, suggests that those with the will and the means march ahead through these tools, whilst those with neither get increasingly left behind.  as such, even incredibly well-intentioned inventions can do as much harm as they do good.

a recent study supports this, suggesting that many app developers are failing to really cater for the needs of those who could really benefit from the apps.

the study saw 137 of the highest rated health apps that are aimed at those with chronic conditions from both apple and google stores.  despite picking the cream of the crop however, the authors suggest that much still needs to be done, especially to reach patients living in challenging circumstances.

their analysis provided a number of key findings:

“clearly there is a large-scale proliferation of apps happening related to health, and people have made the switch over to smartphones,” the authors say. “but the question is, to what extent are apps serving the needs of patients with chronic diseases, and their caregivers, as opposed to generally healthy people seeking help with wellness.”

“we found that the consumer-generated rating on the app store is a very poor marker of how usable an app is, and whether a physician would recommend it. clearly, the work is not done once consumers have rated an app. going forward, we need to evaluate apps on the basis of what would it take for physicians, and organizations that issue clinical guidelines, to start recommending them to patients,” they continue.

the more complex patients, such as those with social and economic barriers to healthcare, are often seen as a core market for health apps, but the study suggests more needs to be done to effectively support this group.

particular attention needs to be given in alerting users to dangerous symptoms, especially given their personal circumstances, and then following this up with the appropriate advice.  this level of advice is often complicated by the regulation surrounding mhealth apps, which are typically regulated by the fda (in america), and similar bodies internationally.

the authors also believe that apps will not truly succeed until doctors adapt their own thinking to the new opportunities.  many clinicians continue to think in analog ways, and struggle to cope with the new demands of patients armed with digital tools and real-time data.  it’s an issue that is sure to evolve as apps become both more powerful and more accepted, and this study is a good start point for that journey.