Every year brings greater developments in health tech, including biotech, robotics, and connected devices. Simultaneously, the patient experience is changing. Health consumers are by and large tech literate. Most are mobile users and accustomed to on-demand access services and information. In turn, we're starting to see an increase in remote medicine initiatives and telemedicine.

Hand-in-hand is the development of a series of diagnostic tools that utilizes the smartphone as a conduit for medical tests, diagnosis, and health maintenance. Many of these tools are modular by nature in their design. Here’s some of the most interesting in the field right now: 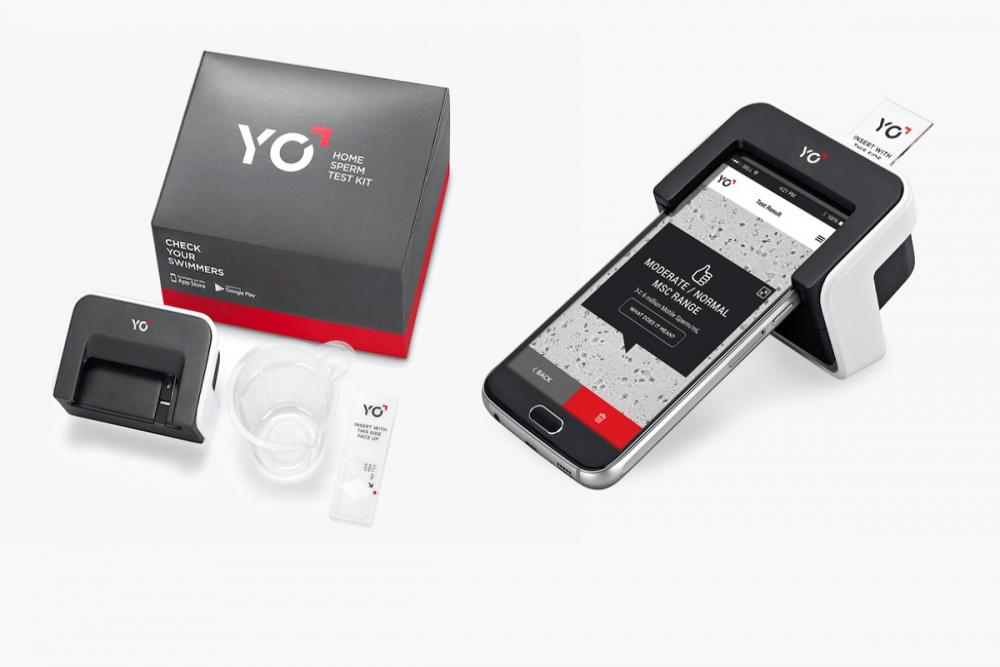 Traditional sperm tests aren’t the most comfortable sample to deliver, traditionally relying upon a male inpatient visit to a health clinic or hospital. A modern-day alternative is the YO Sperm Test from Medical Electronic Systems, a $50 male fertility kit that is FDA approved for at-home use with the use of a smartphone. It includes everything needed to collect a sample: a sample collection cup, a testing slide, a plastic pipette, and a special liquefying powder.

A mini-microscope attaches to a smartphone’s camera and measures sperm motility — the sperm’s ability to move spontaneously and actively — and count. It even lets the at home participant watch their sperm in action on their phone screen.  The sample is piped onto the slide and inserted into the clip, and a corresponding app takes and analyses a 30-second video. The company values their analyzer at 97 percent accuracy. There is more detailed and advanced testing that advanced laboratories can carry out, but it’s an interesting development in mobile at home testing. 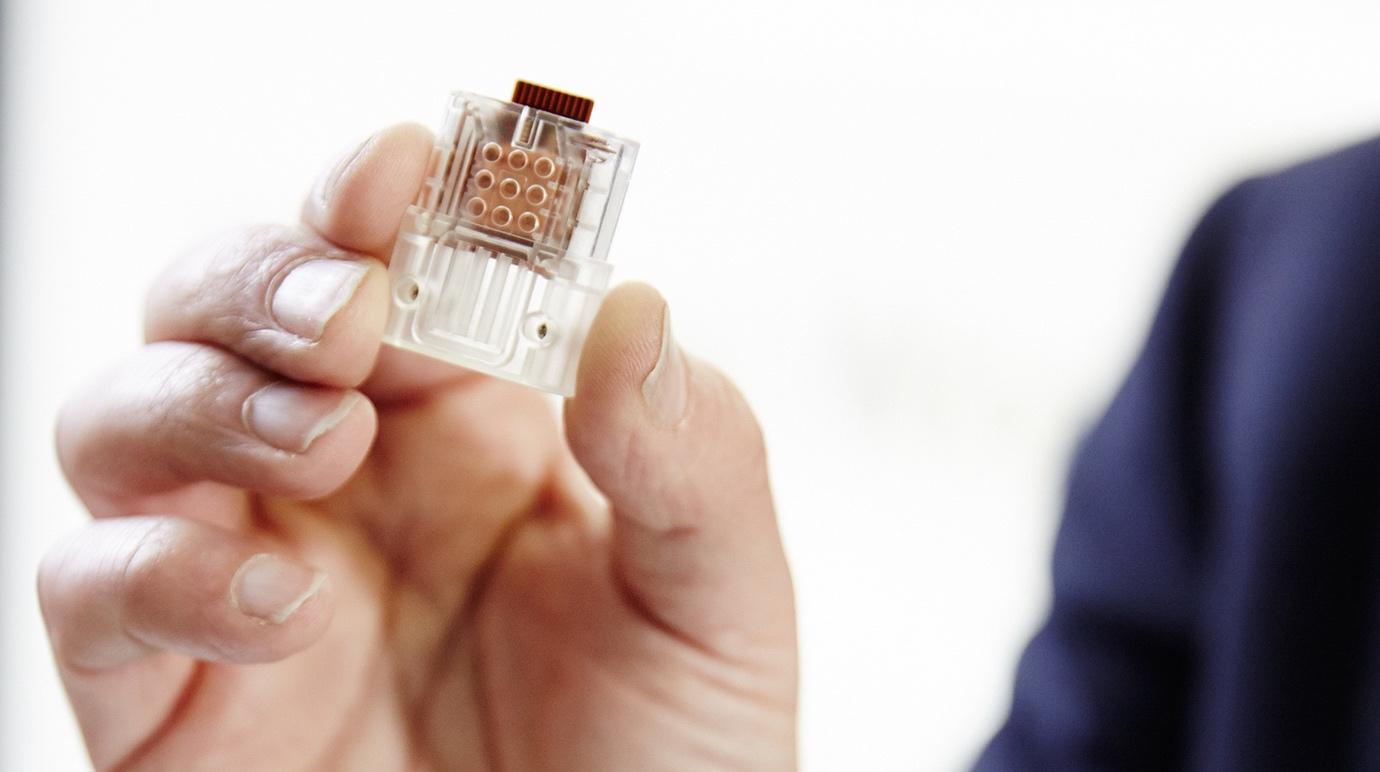 In late 2016, a group of scientists developed a home HIV testing kit that speeds up diagnosis and allows patients to monitor their own treatment. Teams from Imperial College London and DNA Electronics collaborated to create a USB stick containing a mobile phone chip. A drop of blood is placed onto a spot on the USB stick. If any HIV virus is present in the sample, this triggers a change in acidity which the chip transforms into an electrical signal. This is sent to the USB stick, which produces the result in a programme on a computer or electronic device.

Initial research shows the device to be highly accurate. Of 991 blood samples tested, the technology was accurate to 95 percent. The device also significantly reduces the testing time-traditional HIV tests take a minimum of three days whilst the USB stick can produce a result in under 30 minutes.

The application is also useful for at home monitoring of the level of the virus in the blood stream, enabling health providers to determine, firstly, medication adherence, and, secondly, if the virus has developed a resistance to the prescribed drugs. It would further benefit those in remote regions of Africa where despite high rates of HIV, blood testing facilities are limited.

The team is also investigating whether the device can be used to test for other viruses such as hepatitis.

Nima uses anti-body based chemistry to test samples of food for the proteins found in gluten. Just place a small amount of food in one of the disposable test capsules, insert the capsule into the sensor, push a button, wait 3 minutes, and see the result. A corresponding device also works for peanut testing.

A Nima app syncs to the Nima sensor, so users can record and contribute your test results to inform the entire gluten-free or peanut-free community. 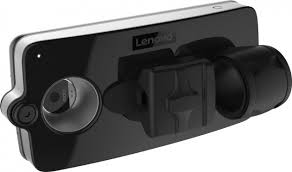 Motorola has arguably taken the modular phone further than others who have tried and failed or stalled. Their suite of modular attachments is growing with the first Moto Mod is actually made by Motorola parent company Lenovo. The Lenovo Vital Moto Mod enables users to track five key vital signs — heart rate, respiratory rate, Pulse Ox, core body temperature and systolic, and diastolic blood pressure. The mod has a proprietary finger cuff with advanced sensors, which you slip your finger into. The inflatable bladder then gives you a squeeze to measure things like blood pressure. Motorola says it only takes three minutes to run all five tests, allowing users to do it on the go. You can then share the information with members of your medical team. The Lenovo Vital Moto Mod comes out in April for $395.

Respiratory conditions, such as asthma, require constant management and easy access to medication in the event of an attack. Sensor technology can not only provide real-time health data for asthmatics and their doctors but also ongoing assistance. Polish startup findair  has created a sensor cap for asthma inhalers with a corresponding app to provide health monitoring with a  specially designed algorithm that helps patients prevent and anticipate asthma attacks. It includes drug reminders and monitors on how often patients use their inhaler/s and the circumstances of usage enabling them to learn about their asthma triggers and how to avoid them. This data is made available in diary form through the app to health practitioners to monitor their frequency of asthma attacks. Based on the collected data, the app’s advanced algorithm is able to warm the consumer about the possible situations in which asthma attack can occur such as weather.

The device also features location functionality to ensure that a lost inhaler sends an alert to the patient through their mobile phone-significant as the impact of a lost inhaler can be deadly in an emergency.  Importantly, unlike existing treatment inhalers, the sensor cap enables the consumer to determine how much is left in your inhaler. TytoHome is a connected health system by Tyto Care that provides a complete telehealth visit and comprehensive medical exam of the heart, lungs, ears, skin, throat, and temperature through the use of an advanced digital stethoscope, otoscope, thermometer, and examination camera with a secure data exchange, clinical repository, appropriate instructions, and live telehealth visits.