Though it seems the debate over the importance of testing on real devices and basing a Go/No-Go release decision only on real devices is over I am still being asked – why it’s important to test on real devices? What are the emulators limitation?

In this blog, I will try to summarize some key points and differences that might help address the above questions.

End Users Use Real Devices and Not Emulators

Developing and deploying a mobile app to the market isn’t intended to be used on desktops with mouse and keyboards but on real devices with small screens, limited hardware, RAM, storage and many other unique attributes. Testing on a different target then the end-users will use simply exposes organizations to quality risks, security, performance, and others.

The end-users engage with the application with unique gestures like TouchID, Force Touch, Voice commands. End-users operate their mobile apps in conjunctions with many other background apps, system processes — These conditions are simply either hard to mimic on emulators or are unsupported by emulator.

As seen also in the above visual, Emulators don’t carry the real hardware as a real device would – this includes chip-set, screen, sensors and so forth.

Thinking about devices and carriers, note that real devices receive plenty of notifications like push notification, location alerts, incoming text messages (whatsapp etc.), google play store/app store app updates and so forth –> these are not relevant in Emulators and by not testing in these real environment conditions, the test coverage is simply incomplete and wrong. 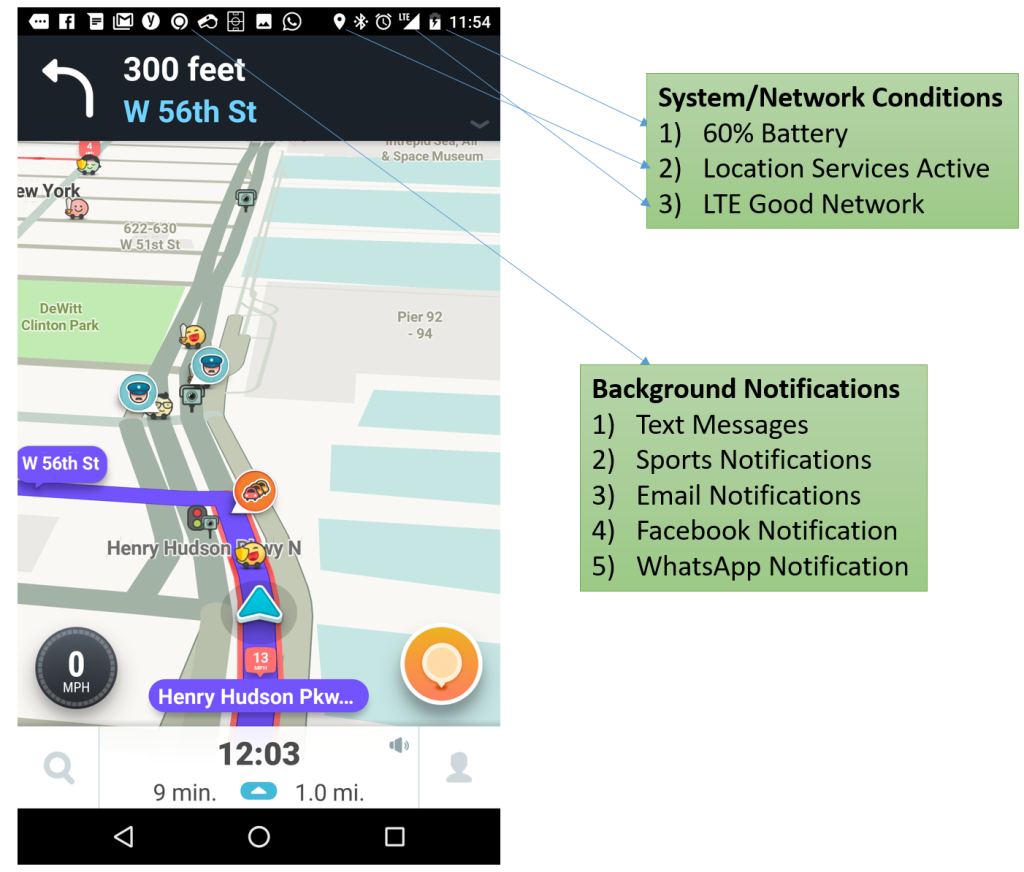 The above image was taken actually from my own device when i was travelling to New York last week – look at the amount of background pop-ups, notifications and real conditions like network, locations, battery while i simply use the Waze app. This is a very common scenario for most end users that consume any mobile app. There is no way to mimic all of the above scenarios on Emulators in real-time, real network conditions etc.

Think also on varying network condition simulation that transition from WiFi to real carrier network, then add loss of network connection at all that impact location, notifications, and more.

Wasting a lot of time in testing against the wrong platforms costs money, exposes risks and is inefficient.

With the recent Mobile OS platforms that were recently released to the market including Android 7.1.1 and iOS 10.x we start to see a growing trend of apps that are being used in different contexts. 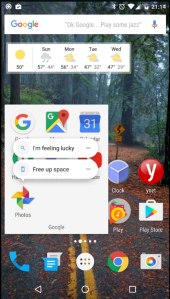 With Android 7.1.1 we now see App-Shortcuts (above image) that allows developers to actually create a shortcut to a specific feature of the application. This is already achievable with iOS 9 force-touch capabilities. Add to these use cases like iMessage Apps that were introduced in iOS10, Split window in Android 7.0 and you understand that an app can be engaged by the user either through part of the screen or within a totally different app like iMessage.

With such complexities, the test plans for once are getting more fragmented across devices and platforms but the gaps between what an Emulator can simply provide developers and testers and what a real device in a real environment can is growing.

Developers might find at a given stage of the app value of using Emulators and i am not taking that away – testing on an Emulator within the native IDE’s in early stages is great, however when thinking about the complete SDLC, release criteria and test coverage there is no doubt that real devices are the only way to go.