Mobile World Congress (MWC) has always been about more than consumer devices, covering any device that communicates with another device. Behind all of these devices are a myriad of services and infrastructure components that power, manage, and regulate your communication.

At MWC there is hall after hall of companies that provide billing infrastructure, chips manufacturing, marketing (hall 8 is almost entirely app marketing companies), and many, many more ancillary services. And yes, there also a lot of handset manufacturers including dozens of generic Chinese companies you have probably never heard of. The side event 4yfn (4 Years from now), provides a place for smaller and newer companies. In summary, MWC and it's related official and unofficial events is huge, and despite the name, you end up seeing a lot of companies exhibiting a lot of different ideas.

I trawled hundreds of booths, listened to dozens of pitches, and (solely for your benefit) attended numerous social events to bring you the highlights and trends from Barcelona. My next post will highlight my favorite products and projects, so stay tuned.

Events of the past six months have put certain sectors and people of the tech industry in a more pensive and considered mood, wondering what the effect of the industry’s constant lust for progress and change is and how we can make it more human.

An underlying trend of this MWC (or at least my perception and experience) is that many feel we are on the cusp of a series of new technological breakthroughs after a period of relative staleness. A flurry of interconnected devices, generating and processing large amounts of data and powered by increasingly smart algorithms, are emerging and their impact on our societies has many thinking about product and ethical solutions, especially with regards to artificial intelligence.

I attended a couple of fascinating sessions in the beautiful old silk makers guildhall where we discussed the human values we need to preserve, why, and how. 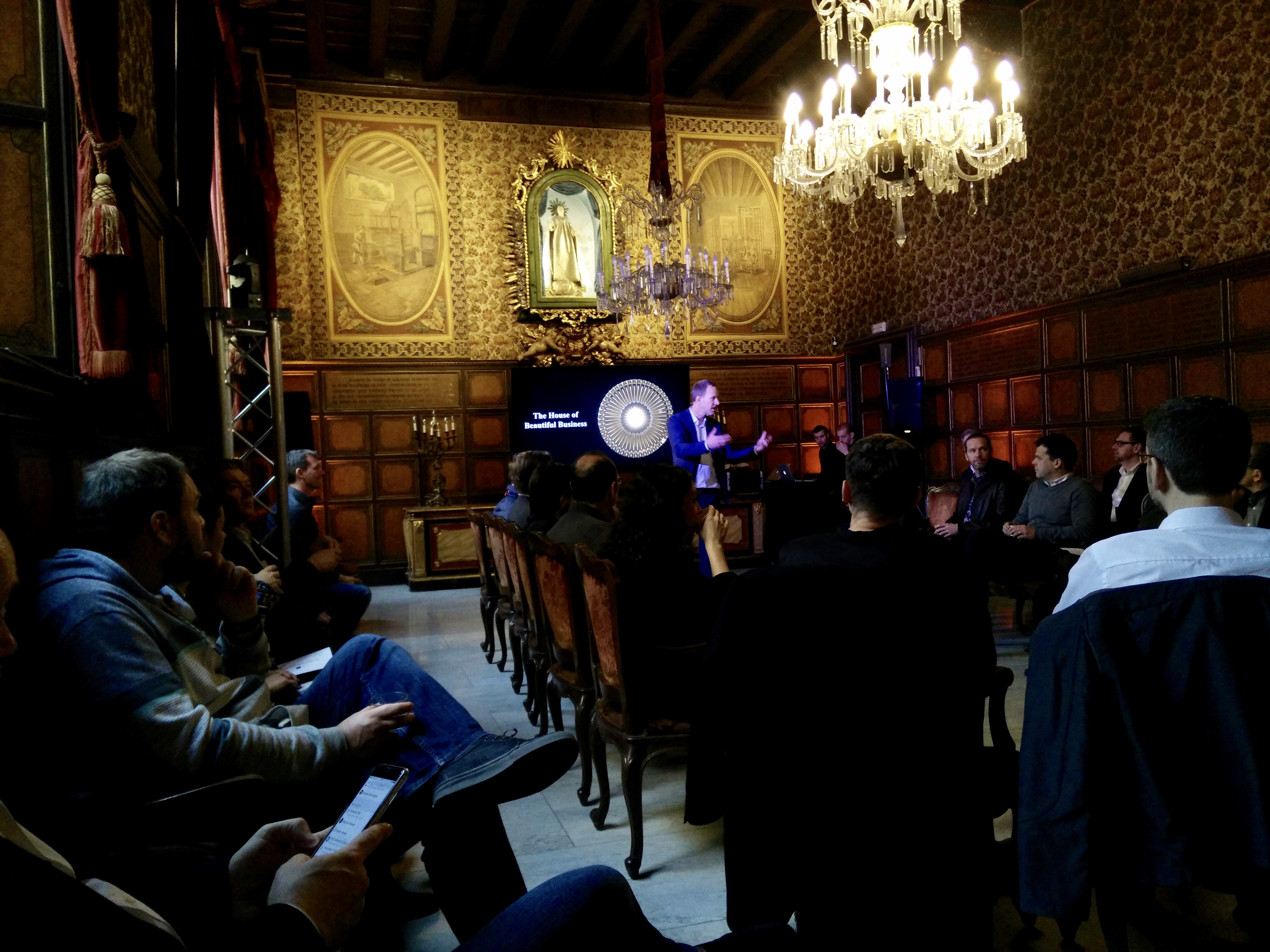 The session concluded that it's our imperfections that make us the most human. This makes us most suited to certain tasks, and generally, tasks that are unscalable, such as inspiration, ideas, caring, and comforting. We decided that one of the most crucial boundaries to define is that AI should not define the ethical bounds of AI. We suggested that we should not use AI for unquantifiable decision making such as legal, media, and regulation making (not saying that these aren’t happening already). At least, users should be clearly shown when they are interacting with a human or an AI and offered the choice of what type of service to use.

Wireless headphones are nothing new, but as always Apple took it to new territories (despite the companies non-attendance at pretty much every major event) and I saw a wide variety of next generation wireless headphones that perform other roles in addition to streaming audio. These included controlling aspects of a device, giving non-audio prompts, fitness tracking, and more. 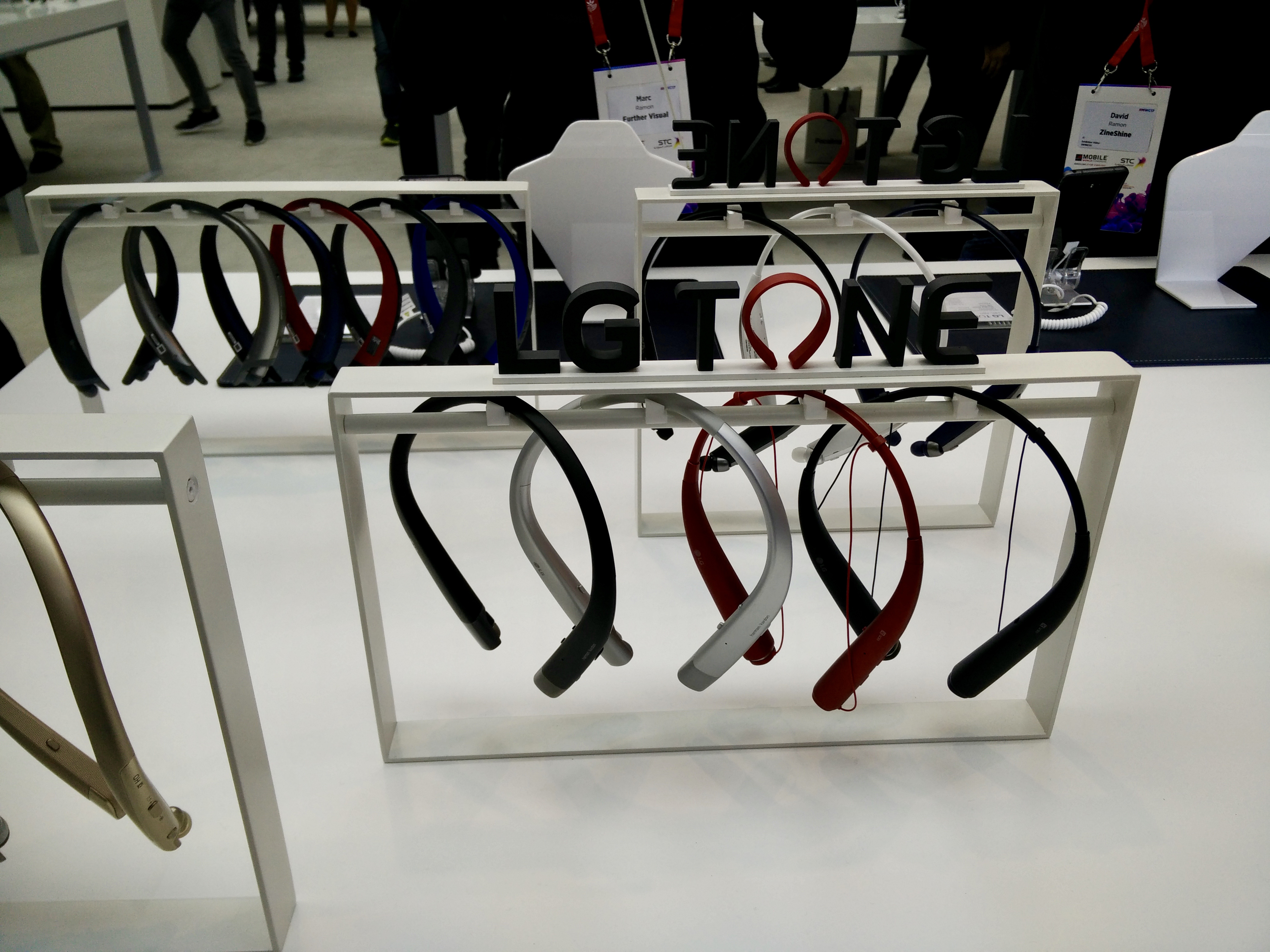 Where Google Glass failed, others have taken their place and whilst we wait for the heavy hitting commercial products like hololens and oculus rift, a lot of companies are creating their own VR and AR lenses, glasses, holders, and accessories. Many are designed for specific uses, especially in business and industry, where even Google Glass made a lot more sense. 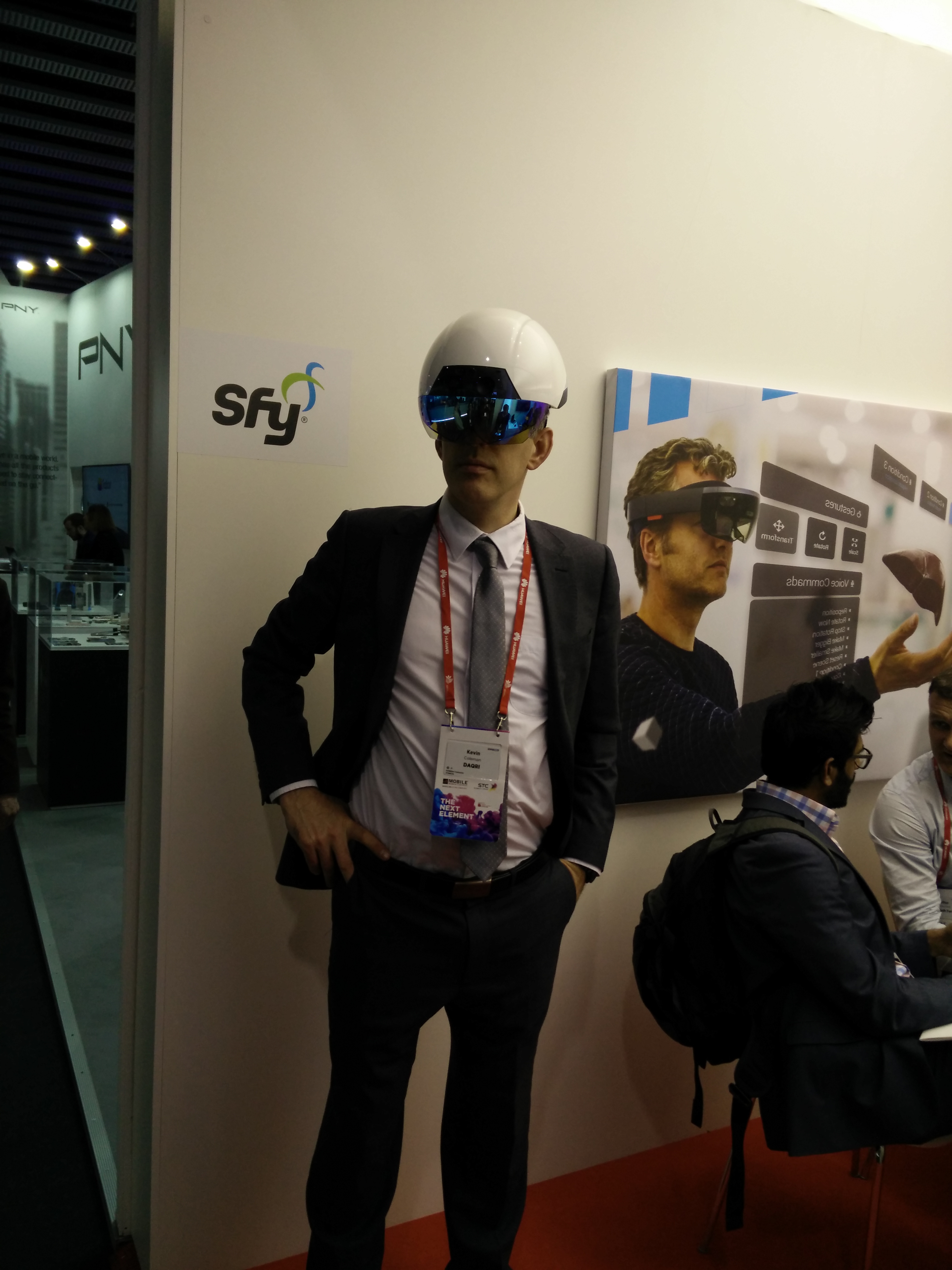 Hands Off the Wheel

I have never seen so many car companies exhibiting at MWC, highlighting the rapid growth of autonomous and connected cars. Ironically, I saw more cars at the booths of non-car companies, with Ford’s booth curiously having no cars on display at all. I am not particularly interested in cars, so spent little time at these booths, but expect to see humans not paying attention to the road very soon. 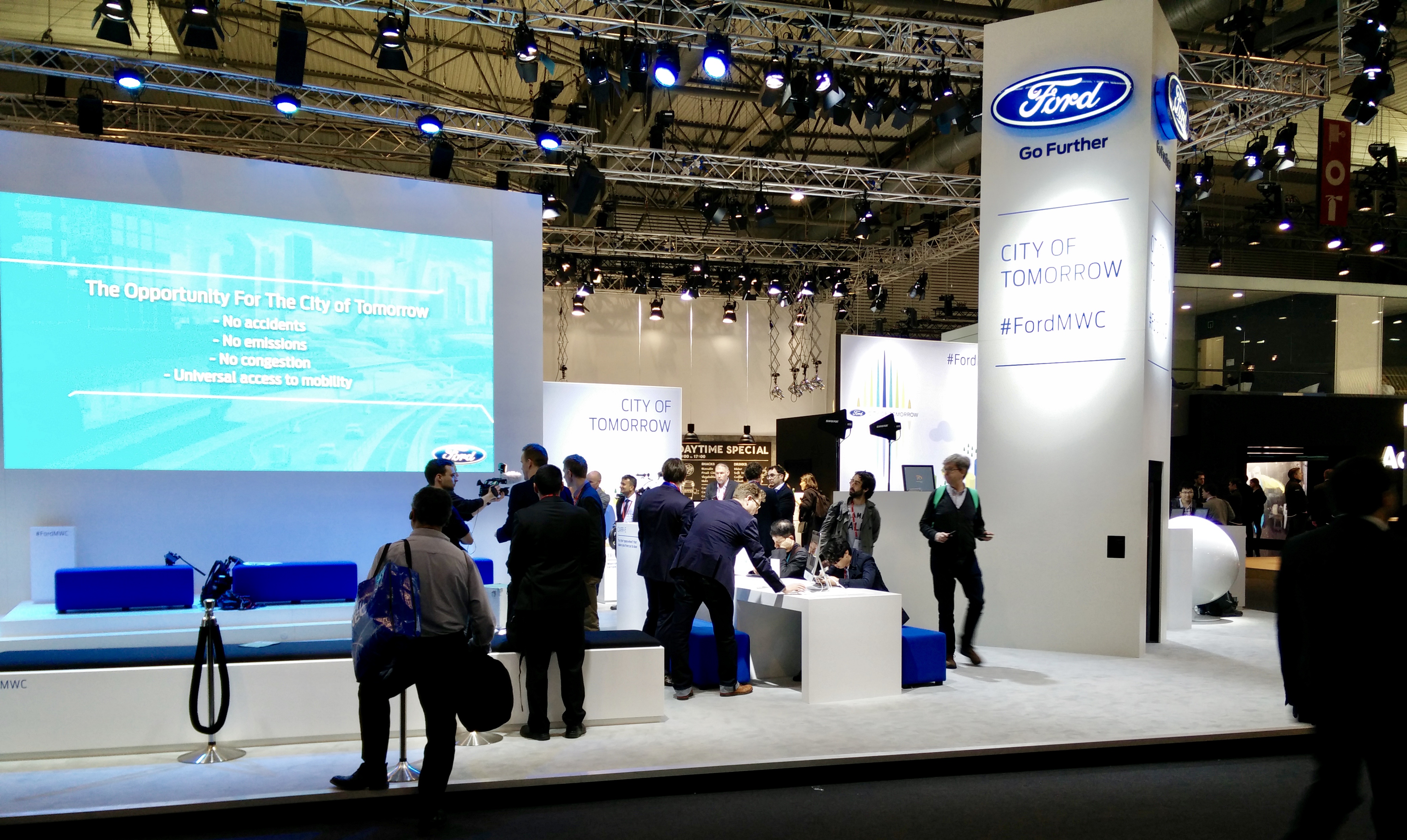 Standardizing the Internet of Things

Small low-cost, low-powered sensors are appearing everywhere, sending data back and forth on a massive variety of subjects. On day 0, we attended an event that covered standardizing the Internet of Things organized by the GSMA, the primary organizers for MWC, but during the rest of the year, they facilitate research programs (and push these programs into new territories) for aspects of mobile communications in an attempt to develop standards. The event was something of a summary event from the GSMA, highlighting their recent efforts with new IoT communication standards.

IoT standards are still a fragmented state of affairs, with competing protocols and protocols suited for particular use cases. Some of this is due to companies competing for a slice of the pie, but also because IoT devices cover a wide gamut of use cases, and when devices need to be highly optimized for power consumption vs network reach, manufacturers select the protocol that does what they need. 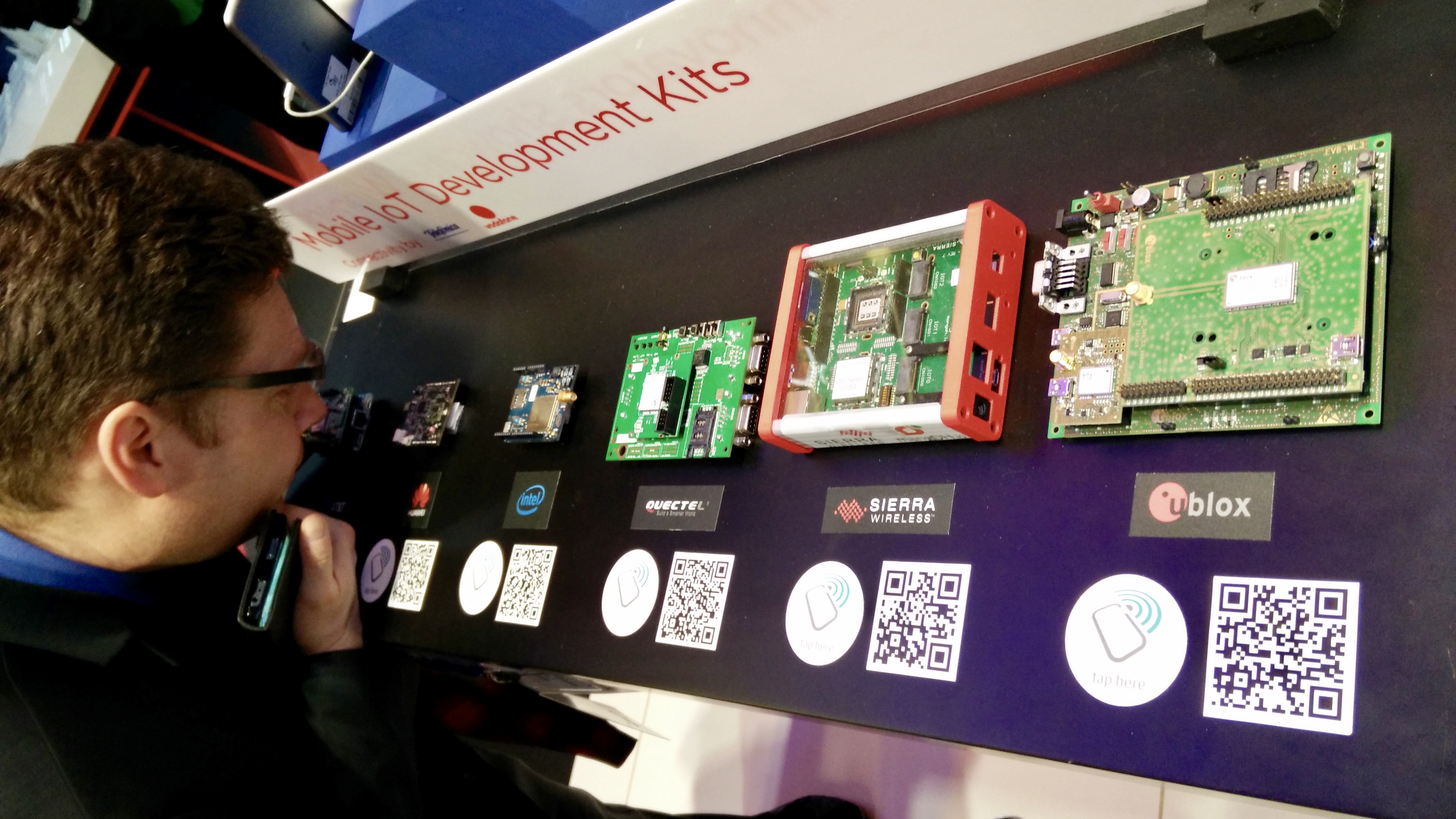 The standards most under discussion were 3GPP narrow band based standards or standards that run across mobile networks and focus on low cost, long battery life and a lot of connected devices.

The trial programs operated by the GSMA are not focused at consumers, but for government and government services. They predict that late in 2017 or early 2018 consumers will start to notice the smart city around them, with smart dispensers and wearables appearing.

This was the official slogan of MWC this year, and I don’t think it’s a coincidence that I picked up on the themes I did. We are all present at interesting times for technology, and I encourage you all to think constructively and conscientiously with your ideas and projects to make technology that is not only useful but makes a positive difference. 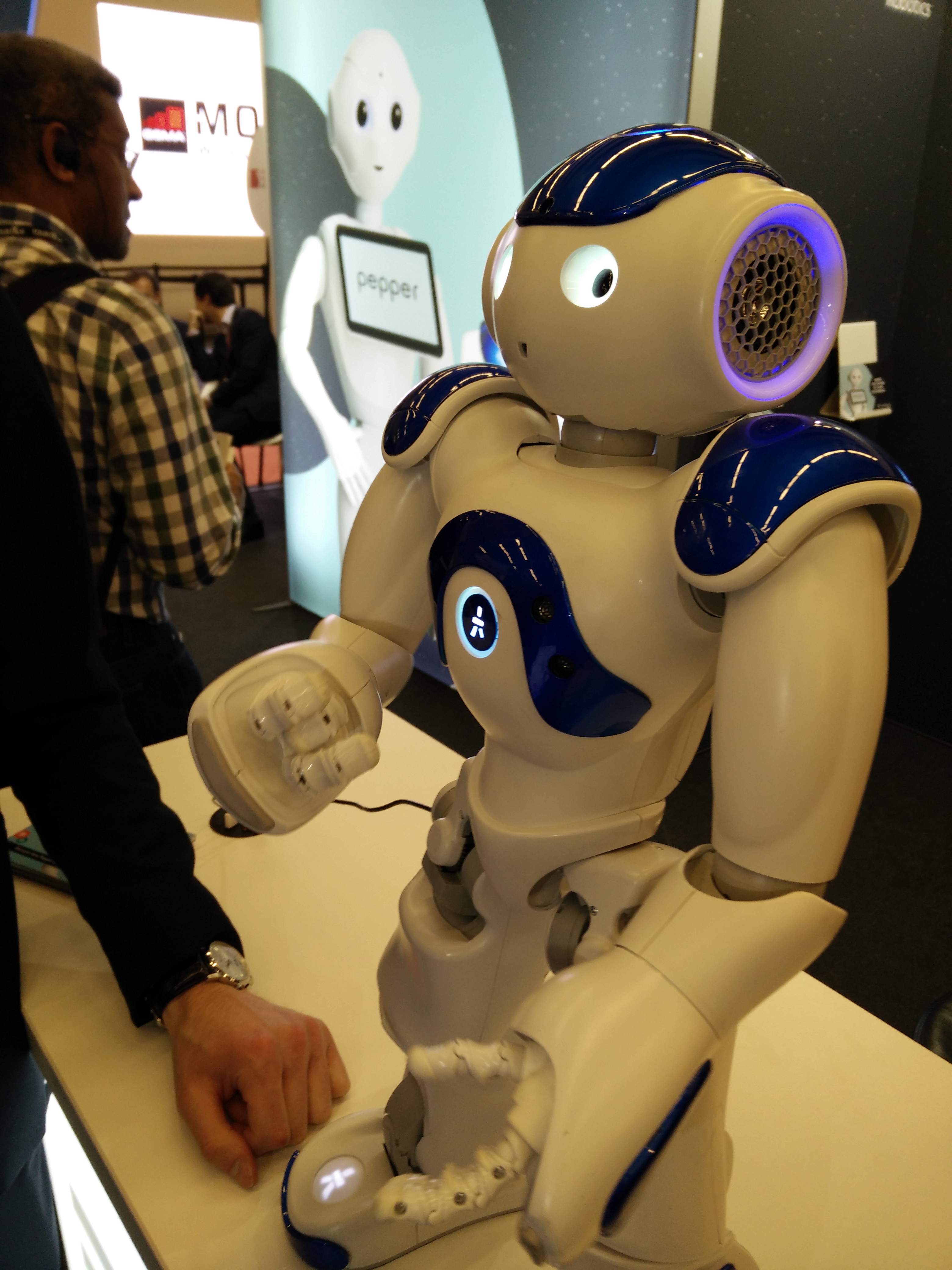