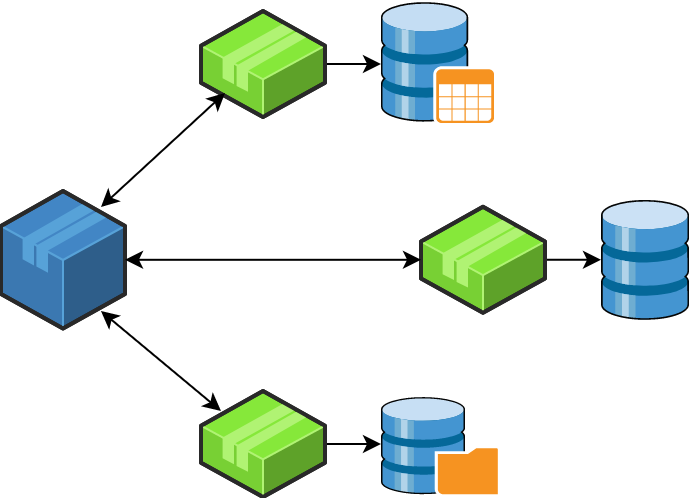 This blog post describes the architecture and conceptual framework to manage distributed and long-running transactions in microservice systems. The motivation in writing this post is to share my experience with the dev community, express my passion for event-driven architectures, and discuss my interests in distributed systems for complex event processing.

Consider a simple airline flight booking scenario implemented using a microservices architecture. There would be one micro-service to block a seat, another to accept payments, and finally, another micro-service to allocate the blocked seat, each implementing a local transaction. To successfully complete the flight booking process for a traveler, all three steps must be completed. If any of the steps fails, all of the completed preceding steps must rollback. Since the overall transaction boundary crosses multiple services and databases, it is considered to be a distributed transaction.

Consider another scenario of order fulfillment which is implemented through a microservices approach. The workflow transaction starts at the order service by creating an order first, moving to the next service for making payment, then creating an invoice for the transaction, after that sends for shipping, and finally order delivery and completing the workflow, again each implementing local transactions. The order processing here is distributed in nature and it might take days to weeks to complete the workflow. Such a transaction can be termed as a long-running transaction as all steps cannot be executed in one go and using traditional ACID transaction semantics.

With the advent of microservices architecture, there are two key problems with respect to distributed transaction management:

In order to address these problems and provide an effective transaction management capability, two approaches can be taken:

The traditional approach to maintain data consistency across multiple services is to use distributed transactions. The de facto standard for this is 2PC (2 phase commit). 2PC ensures all participants in a transaction are either commit or rollback. It works in two phases; phase 1 is called the prepare phase, where the controlling node asks all of the participating nodes if they are ready to commit, and phase 2, called the commit phase, is where if all of the nodes replied in the affirmative, then the controlling node asks them to commit, or else rollback.

Even though 2PC can help provide transaction management in a distributed system, it also becomes the single point of failure as the onus of a transaction falls onto the coordinator, and typical implementations of such a coordinator are synchronous in nature, which can lead to a reduced throughput in the future. Thus, 2PC still has the following shortcomings:

To solve the more complex problem of maintaining data consistency in a microservices architecture, an application must use a different mechanism that builds on the concept of loosely coupled, asynchronous services. This is where sagas come in.

The saga implementation ensures that all transactions are executed or all changes are undone, and thus provides an atomicity guarantee. Designing a saga as a state machine model will provide countermeasures to handle isolation.

For example, in the aforementioned flight booking scenario, a micro-service with the block seat functionality can’t acquire a lock on the payment database, since it could be an external service in most cases. But some form of transaction management is still required, and such transactions are referred to as BASE transactions: Basically Available, Soft state, and Eventually consistent.

Compensating actions must be taken to revert anything that occurred as part of the transaction. Below, it can be seen how a saga can be visualized for the aforementioned flight booking scenario.

When a step of a saga fails because of a business rule violation, the saga must explicitly undo the updates made by previous steps by executing compensating transactions. Suppose that the (n + 1)th transaction of a saga fails. The effects of the previous n transactions must be undone.

Conceptually, each of those steps, Ti, has a corresponding compensating transaction, Ci, which undoes the effects of the Ti. To undo the effects of those first n steps, the saga must execute each Ci in reverse order. The sequence of steps is T1 … Tn, Cn … C1, as shown.

In this example, Tn+1 fails, which requires steps T1 … Tn to be undone. The saga executes the compensation transactions in reverse order of the forward transactions: Cn … C1. The mechanics of sequencing the Cis aren’t any different than sequencing the Tis. The completion of Ci must trigger the execution of Ci-1.

The Saga Execution Coordinator (SEC) is the core component for implementing a successful saga flow. Saga coordination can be implemented in :

The above diagram shows the design of the orchestration-based version of the flight booking saga. The saga is orchestrated by the SagaOrchestrator component, which invokes the saga participants using asynchronous request/response. Saga orchestrator keeps track of the process and sends command operations to saga participants, such as SeatBlockingService and PaymentService, through a command producer component, and reads reply messages from its reply channel through an event processor, and then determines the next step, if any, in the saga. The steps for a happy day saga path would be as:

But, the overall flight booking saga scenario can fail due to a failure in either SeatBlockingService, PaymentService, or SeatAllocationService. In order to manage the workflow effectively and handle faults, it is recommended to model a saga as a state machine, because it describes all possible scenarios and lets the orchestrator determine what action needs to be performed.

Saga as a State Machine

Modeling a saga orchestrator as a state machine is an effective way to not only manage distributed transactions but also support long-running business transactions. A state machine consists of a set of states and a set of transitions between states that are triggered by events. Each transition can have an action, which for a saga is the invocation of a saga participant.

The transitions between states are triggered by the completion of a local transaction performed by a saga participant. The current state and the specific outcome of the local transaction determine the state transition and what action, if any, to perform. As a result, using a state machine model makes designing, implementing, and testing sagas easier.

The above diagram highlights the state machine model for the flight booking saga. This state machine consists of numerous states and transitions, including the following:

The saga state machine thus has the responsibility to either get the overall business transaction completed or to leave the system in a known state, so that it can determine the order in which to potentially execute the next state of actions, or compensation activities, whether transactions occurring are distributed in nature or, long-lived.

Benefits and Potential Use Cases

A couple of potential use cases where such implementation can be carried out:

If we are designing and building orchestrator driven saga for supporting distributed and long-running transactions, the below guidelines are recommended: