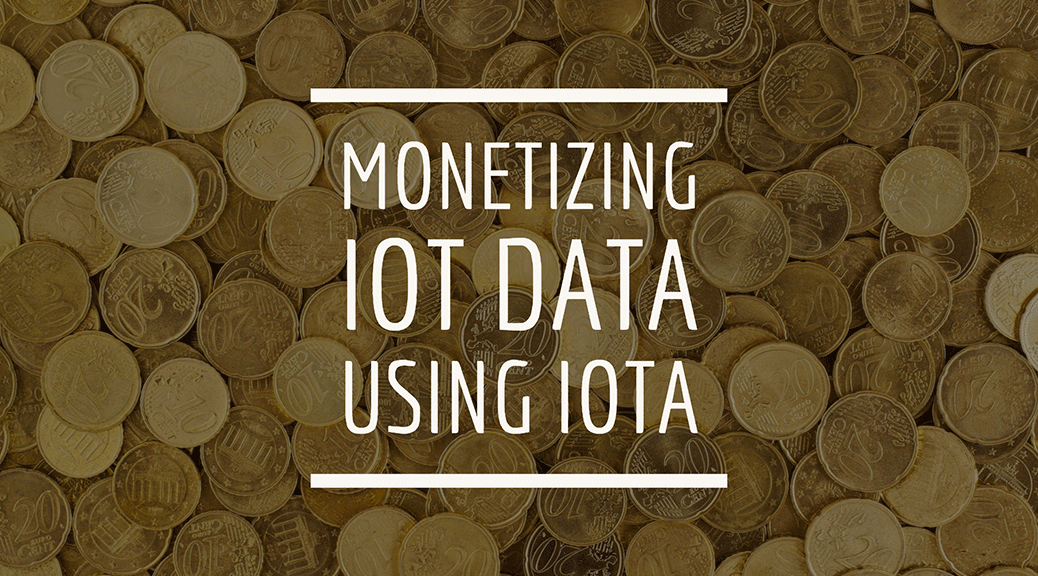 There is a lot of buzz around cryptocurrencies these days, but beyond the hype, one thing is pretty clear: They enable a decentralized economy that is particularly interesting to look at from an IoT perspective.

For the Internet of Things, I believe the role of cryptocurrencies and distributed ledgers is threefold:

In this post, we will focus on the first topic: monetizing IoT data.

For that, we will look at leveraging IOTA’s distributed ledger. We will be showing how anyone can be given access to “simple” IoT sensor data on an MQTT broker, while only people who are paying for it will be able to access the live, raw, data stream.

We will be basing this article on the use case of someone, let’s call her Jane, willing to give access to a live sensor data stream coming from a smart plug, granted that she gets some money (iotas) in return.

The instant power consumption metrics will be published to an MQTT broker twice per second, making for a pretty accurate sampling that people might be interested in buying. On the same MQTT broker, Jane will also be making available the 1-min moving average of the power consumption for anyone to access, even if they don’t necessarily want to pay extra money.

When John, who is maybe a data scientist interested in getting his hands on “real” data, wants to get the power consumption from Jane’s smart plug, he has two options:

Enough with the words! I’ve put together a video that shows the whole scenario in action. While you will quickly realize that I do a bad job impersonating Jane and John, what I hope you notice is that this is a real demo, and anyone can implement something similar today.

The technology is here, and while it has some limitations, I do think it’s worth exploring what new scenarios it enables.

Check Out the Code

I have published all the code behind this proof-of-concept on my GitHub repository. Please check it out and open pull requests or issues if you happen to give it a try!

This is obviously a simple proof-of-concept, and I am almost certain it is not free of security issues. I would certainly be happy to hear from you if you have feedback!

I see at least two things that would be worth improving:

Do you see other areas for improvement? Have you seen similar solutions implemented with other cryptocurrencies?

Note that the IOTA folks have recently announced an IoT data market that seems to implement a similar idea, but I haven’t had time to look into it closely.

A Look at MuleSoft's MQTT Connector

Published at DZone with permission of Benjamin Cabé . See the original article here.