In this blog, we’ll review MongoDB 3.2 elections and how they work, as well as what is really new and different in the election protocol.

MongoDB 3.2 revamped its election protocol for increased stability! Exciting times, with smarter and faster elections are here! With this latest release, you will find that replication (and the election protocol) have been improved. Some of the changes include:

You’ll need to enable the Election Protocol when upgrading MongoDB from an earlier version, while new replSets get it enabled by default.

Election Protocol: What Is an Election?

Mongo uses a consensus protocol. This means that all nodes must agree who is the most current when handling:

New updates allow for faster elections using an (term) electionId to prevent timeout between separate voting rounds. This guarantees there aren’t double (and conflicting) votes while also reducing the time to wait to know a vote completed.

How Does It Do It?

Elections now have “term” or “vote” identifiers (ID). Terms are used to separate voting rounds. Every vote attempt increments the ID. The ID incrementation prevents a node from double voting in the same term, and makes it easier for nodes to know if a re-vote is needed where before it could be up to 5 minutes!

The protocol timeouts have some new features and behaviors:

Below I’m going to walk you through a typical replica set operation. The configuration looks like the following: 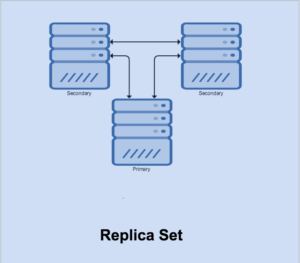 The following diagram provides a more detailed picture of the interactions: 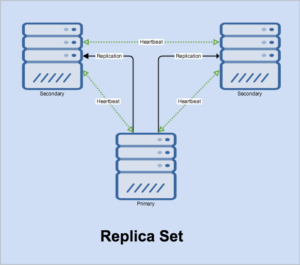 Now let’s see what happens when our primary crashes. It just did! 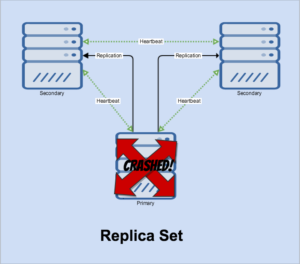 Nodes will still try to heartbeat to it until two have failed in a short period. 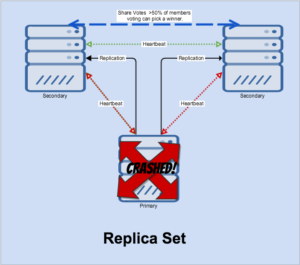 After the failure, things happen quickly.

A new Primary is selected, and the heartbeat system is cleaned up. 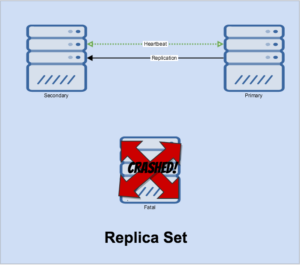 Replication now gets restarted. If the fatal node comes back online, it’s treated as a secondary once it “catches up” via the oplog.

The stepdown election process is the same as above, with the following caveats:

Generally speaking, you should always try to use the stepdown election process. Timeouts are for crashes and failures, not general use.

Published at DZone with permission of David Murphy. See the original article here.