I have described the concepts of Eclipse MircoProfile (MP) Monitoring in a previous article—servers expose a basic set of system metrics that are common for each implementation of the MP-Metrics specification. Applications can in addition also make specific metrics available.

The server then exposes the gathered metric data over HTTP(s) endpoints. Monitoring agents can then connect to the server's /metrics endpoint and poll the data.

Setting Up the (Server) Runtimes to be Monitored

I'll now show how to set up the runtimes to use MicroProfile metrics. For this, I am showcasing WildFly Swarm and OpenLiberty as two of the early adopters of the Metrics specification. I will start with WildFly Swarm.

After this is done, you just build your project as usual with mvn install, which will create the usual uber-jar in a target.

Once the server is ready, it is exposing metrics under http://localhost:8080/metrics by default.

You can download OpenLiberty from its homepage. After downloading and unpacking it, you need to create a server configuration. Pass the respective template in to obtain a MicroProfile configuration.

The /metrics endpoint is secured by default on OpenLiberty.

You need to add a small addition to the config file under usr/servers/mp1/server.xml inside the <server> element.

When this is done, you can start the server via bin/server run mp. With the standard settings, the metrics can then be found under https://localhost:9443/metrics. Credentials are
theUser/thePassword as seen in line 2 of the above snippet.

Now that we have our targets set up to be monitored, we can install Prometheus to monitor them. Prometheus is relatively easy to get going. Just download, unpack and start it. Before you can start it, you need to provide a configuration file. Create a file prom.yml with the following content:

After editing the file, you can start Prometheus via;

Prometheus will show a few lines about starting and a few seconds later it is ready.

As a first step select Status -> Targets from the menu and make check that both servers are marked as UP. 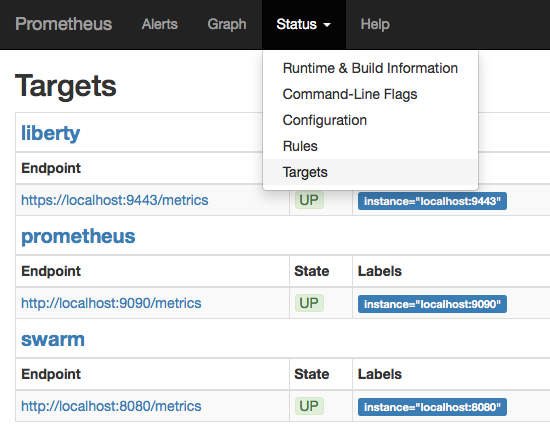 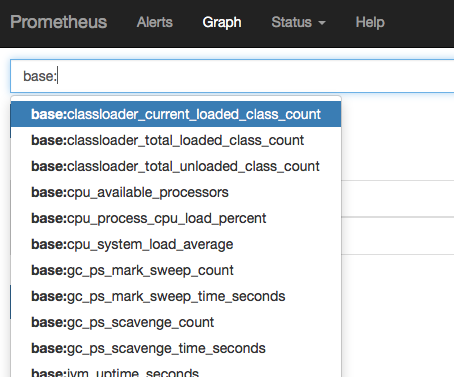 Prometheus metric selector with a list of base: metrics

When the servers are running, we are ready to display some metrics (that gets more interesting when you wait a while so that Prometheus has polled more data). 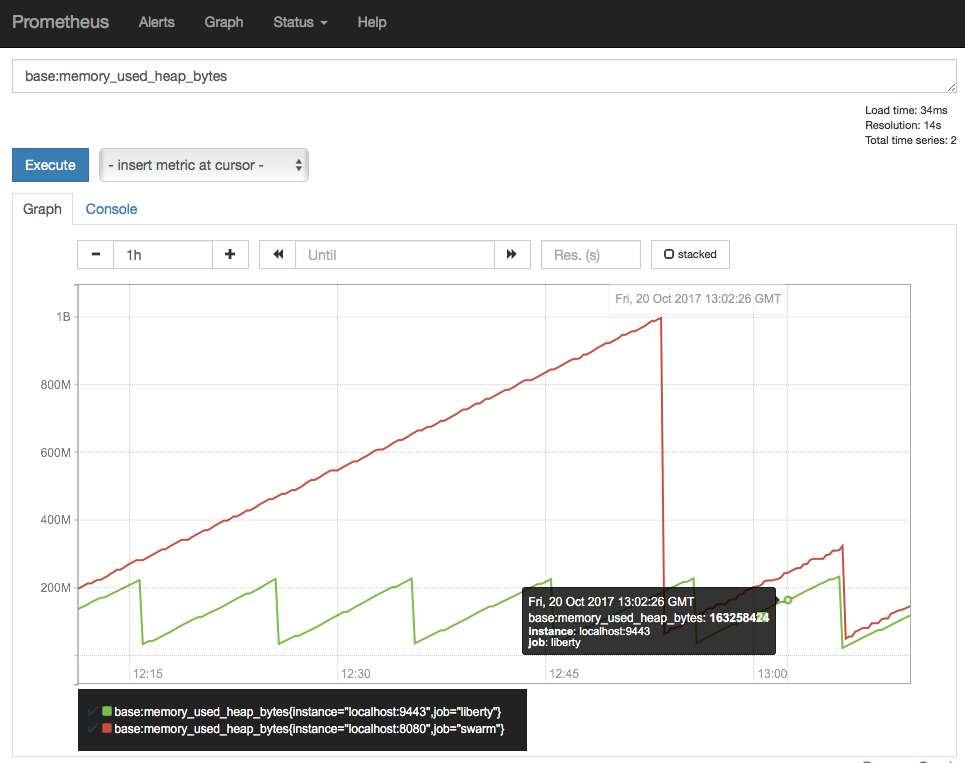 Metrics as shown in Prometheus UI

In the last chart, you can see that we only asked for the metric, base:memory_used_heap_bytes but got two graphs, one per MP-server, as both expose the same metric under the same name. Prometheus is adding labels on the fly, which can then be used to distinguish the servers (green is OpenLiberty, brown is Swarm).

MicroProfile Metrics defines a common way to expose metrics from systems. Monitoring tools like Prometheus are thus easily able to monitor those servers in a vendor-independent way.

At the time of this article, the MP-Metrics code may not yet be in a Swarm release, but it will be soon.