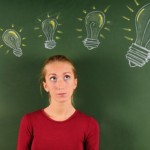 moocs have undoubtedly had an impact on the learning environment, with some 25 million people believed to have enrolled on courses over the past few years.

of course, the poor completion rate has coupled with the persistent appeal of the concept to the already educated rather than the disadvantaged lends one to think that they haven’t been quite the revolution that they were originally heralded as.

and with the likes of coursera and edx pivoting towards work related training rather than more general interest education, there are some that believe the bubble has burst for the mooc movement.

a new approach to learning

what the mooc movement has highlighted however is the way learning is an increasingly self-driven process, with people looking for the knowledge they need at specific moments as and when they need it.  the question then becomes whether moocs and their more traditional brethren are the right way of delivering that.

this was certainly the view of david james, the director of talent at looop in his recent paper on the empowered learner . james argues that the traditional approach to learning is broken and that people are increasingly looking for more flexible ways of learning, such as that offered by internal collaboration and knowledge sharing.

indeed, data collated for the paper revealed that the typical employee was spending 14 hours in self-driven learning for work each month.  this compares to just under 2 hours for employer driven learning via training courses and the like.

the inverse was the case when it came to what employers provided however, with the majority still stuck in the delivery of structured training, even if this was often migrated onto a digital platform.

the findings share some similarities with moocs, which have largely taken the chalk and talk method used in university lectures and migrated the lectures online.

this was also a finding that emerged from research conducted by code academy last year.  the most common form of feedback given by users was that they wanted to be working on real world problems.  abstract assignments or gimmicky projects weren’t what was wanted.  they wanted learning they could instantly apply to real world challenges.

similar research into moocs has revealed that passive consumption of ‘learning’ is not something that engages most learners today.  for instance, a study from the university of washington found that 55% more students fail passive courses than more active ones.

the death of moocs?

so, does this mark the death of moocs?  i suspect not, but they will need to change somewhat.  a recent paper revealed that, despite the rise in apparent cheating on moocs , many students undertake them with career advancement in mind.  what’s more, nearly 90% of those who took a course with this in mind, reported that they did indeed obtain such a benefit, whether this was getting a rise or a promotion.

there is likely to be further efforts to connect up moocs with clearly defined career and educational benefits, whilst there will be moves to deliver some of these gains even for those who don’t complete the course.

there is also likely to be a greater emphasis on peer to peer learning.  a study from earlier this year highlighted the tremendous benefits obtained from the discussion aspects of a mooc, and it seems likely that this will continue to evolve to enable those both inside and outside of an organization to effectively share knowledge.

all of which suggests that it’s unlikely that any one approach will ever tick every box when it comes to learning.  the innovation in the space does suggest that better solutions will continue to emerge however, which is undoubtedly a positive sign.