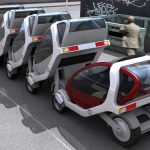 Since the automobile first entered the mass market, it's had a profound impact not only on our lives, but on the very way our towns and cities are structured. With autonomous vehicle technology advancing at a rapid pace, coupled with the inexorable rise in ride-sharing services, there has been growing attention paid to what a post-car world might look like.

At the forefront is the Swiss research project "PostCarWorld." It suggests that people are increasingly coming round to the idea of a post-car world, and indeed there is a growing belief that such a world will be better for us.

The study, which was conducted over four years and involved thousands of Swiss residents, deployed a cross-disciplinary approach.

"The advantage of this type of prospective study is that it sheds light on the current situation. In asking Swiss people to imagine a car-free future, we were really aiming to find out more about what's happening right now and about people's complex relationship with cars," the researchers say.

They go on to explain how we're moving away from an object-centered world whereby we need to own the things we use, and indeed that much of our identity is tied up with what we own, towards a service-oriented world. This fundamentally changes our approach to mobility.

Our changing relationship with the car can also have a profound impact on what we want from our cities. For instance, the study revealed that people are having a renewed focus on public spaces within cities. It's a shift away from the car being the king of urban planning and back towards the citizen being the focal point.

"There was a consensus among the urban planners we interviewed: they all want to rethink our streets and place more importance on shared spaces. Cars will have to adapt to this multimodal world in which pedestrians are reclaiming their rights and public spaces are no longer taken over by cars," the authors say.

The authors also examined how economically viable a car-free Switzerland might be, and the result was surprisingly positive. Indeed, the team believes it would not be technically that difficult to develop a car-free society, with the budget currently allocated to roads transferred to the development of public transport and new infrastructure.

One of the more futuristic ideas to emerge was that of a fast-moving walkway that could transport people around town very quickly without needing to rely on a car. At the heart of things, however, is a fundamental shift in how people perceive cars, and the benefits they can derive from them.

"That picture-perfect image still used in car ads of a lone driver surrounded by the Grand Canyon resonates less these days: We spend more time stuck in traffic jams and our cars are equipped with such things as cameras and drowsiness and speed detectors. Drivers are expected to have the same reflexes as a machine and be able to absorb a lot of information at the same time. That's far removed from the pleasure of driving fast and conquering open spaces," the authors explain.

It suggests that people are increasingly looking to the post-car world to provide them with the experiences they demand in the modern world.

Would Half of Drivers Give Up Driving in a Driverless World?

Will We Be Ready for Autonomous Cars by 2021?

The Next Stage In Autonomous Farming