If you are in the midst of app development and you want your app to have real-time communication between machines, this blog is going to be important.Here, our Indian app developers will explain MQTT.

MQTT is just a protocol, like HTTP or HTTPS, just easy, protected, quick, and based on the TCP/IP. MQTT has some outstanding features:

It was created in 1999 by Andy Stanford-Clark (IBM) and Arlen Nipper (Arcom, now Cirrus Link).

They were searching for a protocol that was lightweight, battery effective, and used minimum bandwidth to hook oil pipelines up to satellite connections. Thus, MQTT was born.

At the time, it was developed for secured systems. but now. the focus has changed to open IoT use cases. MQTT is a publish messaging transportation.

Both clients are subscribed to the same channel — "testing." Now, if CLIENT-A publishes a message to the topic "testing," CLIENT-B will get that message.

If there are n number of customers subscribed to the testing channel, they will also get that same message in real-time, as soon as CLIENT-A published it.

MQTT can be performed in a number of ways, and there are a number of providers in the market. I'll explain the standalone version of the MQTT server. Though there are several free MQTT server standalone packages, I have used Mosca. For this demonstration, I have applied Node.js as the backend of my project and MongoDB for the database.

We need to install Bunyan for our logger. Build a server.js file and load Mosca into your project.

Let's first explain the database settings where Mosca will save the data for each pub/sub.

Mosca supports MongoDB and Redis, but let's focus on MongoDB.

Mosca creates a 10MB capped collection that includes a max of 10,000 docs. Let’s define the Mosca server settings as follows: 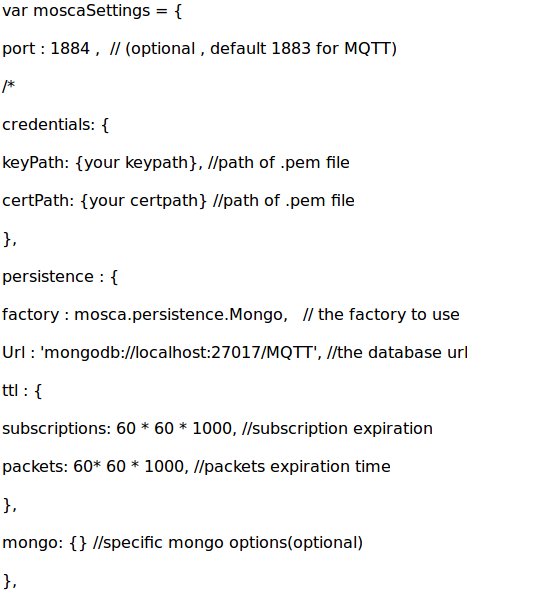 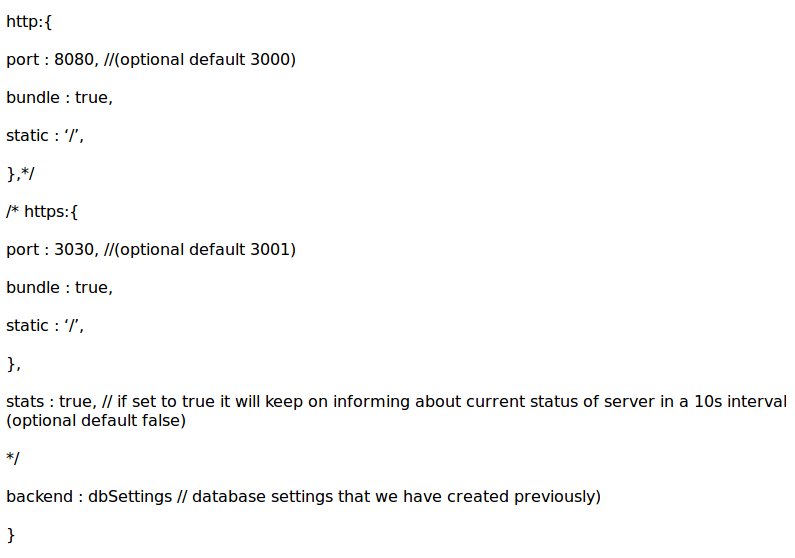 So, we've established the server settings, so let's build the server. For this Mosca presents:

And there you have it!