The MuleSoft documentation talks about types of flows and how they behave during runtime (synchronous or asynchronous), but it doesn’t talk about the method in which a developer could programmatically invoke a flow. This article will attempt to bring clarity to this area.

You can programmatically invoke a flow via two methods, by transport or by flow reference (figure 1.0 below). 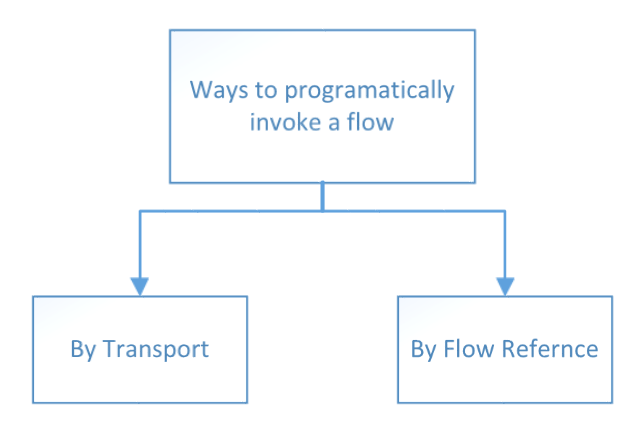 I have previously written an article about the relationship between flow scopes and Mule’s variable types, but that article is based on the premise of invoking flow through transports. I will not repeat myself here; instead I'll talk about the contrast between invoking a flow by transport versus invoking a flow by reference.

2.0 The Code That Illuminates the Concept

At a glance, the complete code that shows the internal intricate differences between invoking an external flow either by transport or by reference is as illustrated in Figure 2.0. 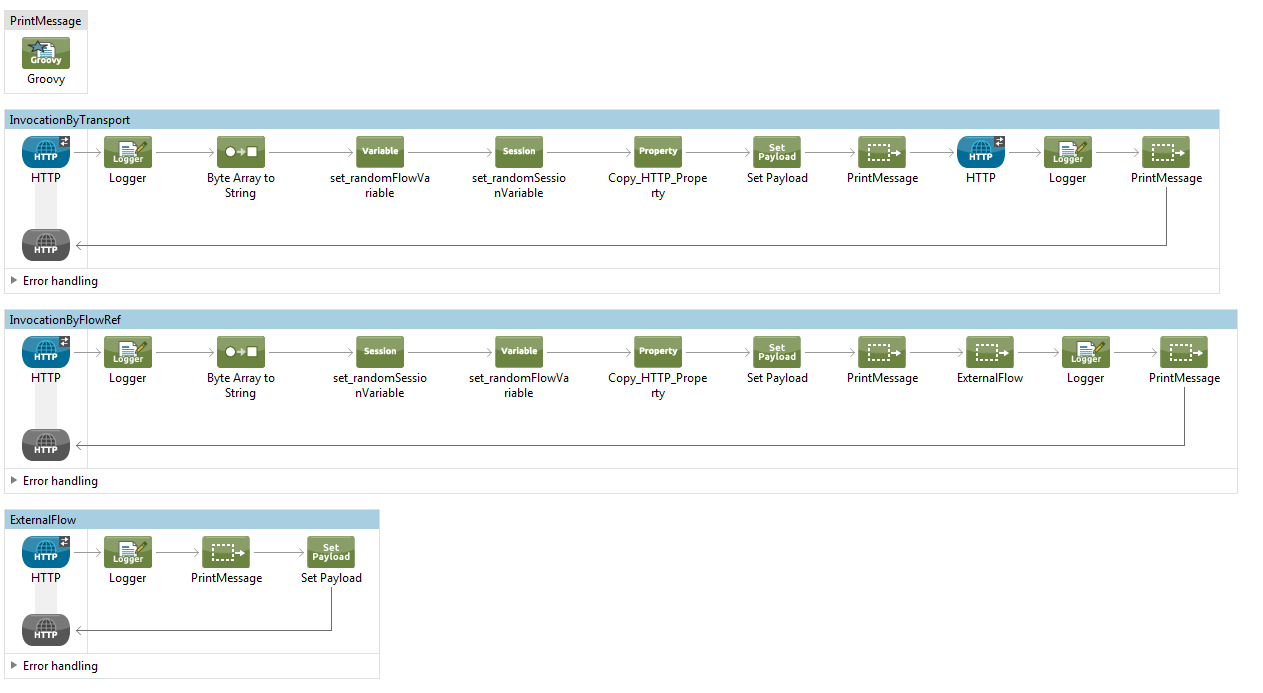 This mule app has only three flows. The shortest flow (the one right at the bottom of Figure 2.0) is the simulated external flow. The two other flows above the “ExternalFlow” exist to demonstrate the internal runtime difference between the invocation methods. Both “InvocationByTransport” and “InvocationByFlowRef” have all the same message processors, the only difference between the two is how it passes execution control to the “External” flow.

It is very important to key in the “return message.payload” statement at the end of the groovy script else you will lose your initial payload. You can get the full source code from Github.

3.0 The Test That Will Show You the Truth

If you have downloaded the code in section 2.0, we can now test it together and analyze the behavior of both flow invocation methods.

I will use Postman for testing the flows for the Mule application mentioned in Figure 2.0 (you can use this Youtube tutorial for Postman).

I am using the same set of parameters and payload to test both the “InvocationByTransport” and “InvocationByFlowRef” flows; below is how the URL looks like for testing each flow respectively.

Figure 3.0 shows what Postman would look like when testing both different invocation methods. 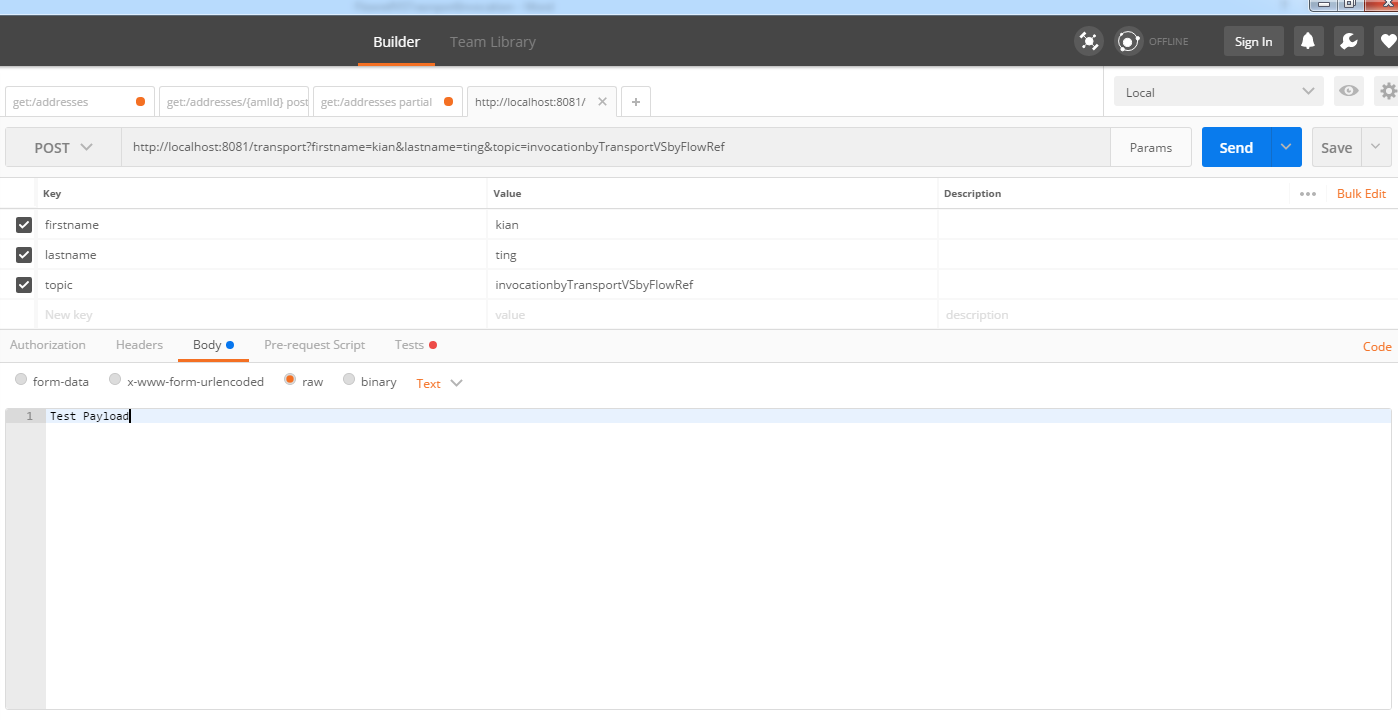 We will test the flows respectively with a POST request and with the payload of “Test Payload,” the query parameters that you will key in will remain the same for both flow URLs.

We want to POST request for the two different invocation methods so that we can collate the console logs and look at the contrasting difference.

The Anypoint Studio console logs will show us what really is happening behind the scenes.

Both  "InvocationByTransport" (second left column) and "InvocationByFlowRef" (left most column) start out the same in segment (1); both of them have the same set of flow variable, session variable, inbound and outbound properties, even the same payload.

The last segment (3) of the console log shows variable and property values that are still accessible by the main calling flow. If execution is relayed back from “ExternalFlow” via HTTP response transport (second left column) you will see that all inbound and outbound properties are lost, only the initially created flow and session variables are still accessible. Contrary to the relaying back control from “Flow Reference” (left most column), we are able to see that everything is preserved, the initial inbound and outbound properties of the main flow is still accessible and so are the flow and session variables.

From this table, we can conclude that the behaviour of the invocation by “Flow Reference” is analogous to treating the target external flow as part of the main flow, and whatever property or variables are created in the main flow are still accessible via the invoked external flow.