The Internet of Things (IoT) is the network of physical devices, vehicles, and other items embedded with electronics, software, sensors, actuators, and network connectivity which enable these objects to collect and exchange data.

The Anypoint Mule engine can be embedded directly into IoT devices, which enables data exchange for the devices by connecting to IoT cloud services and backend apps in the cloud.

The Mule Runtime engine can be used to expose APIs on any IoT device. Mule APIs can be deployed on IoT devices and turn them on and off.

In this blog, I will demonstrate how we can use a Twitter feed in Mule to send the input to a Raspberry Pi in order to light up LEDs. 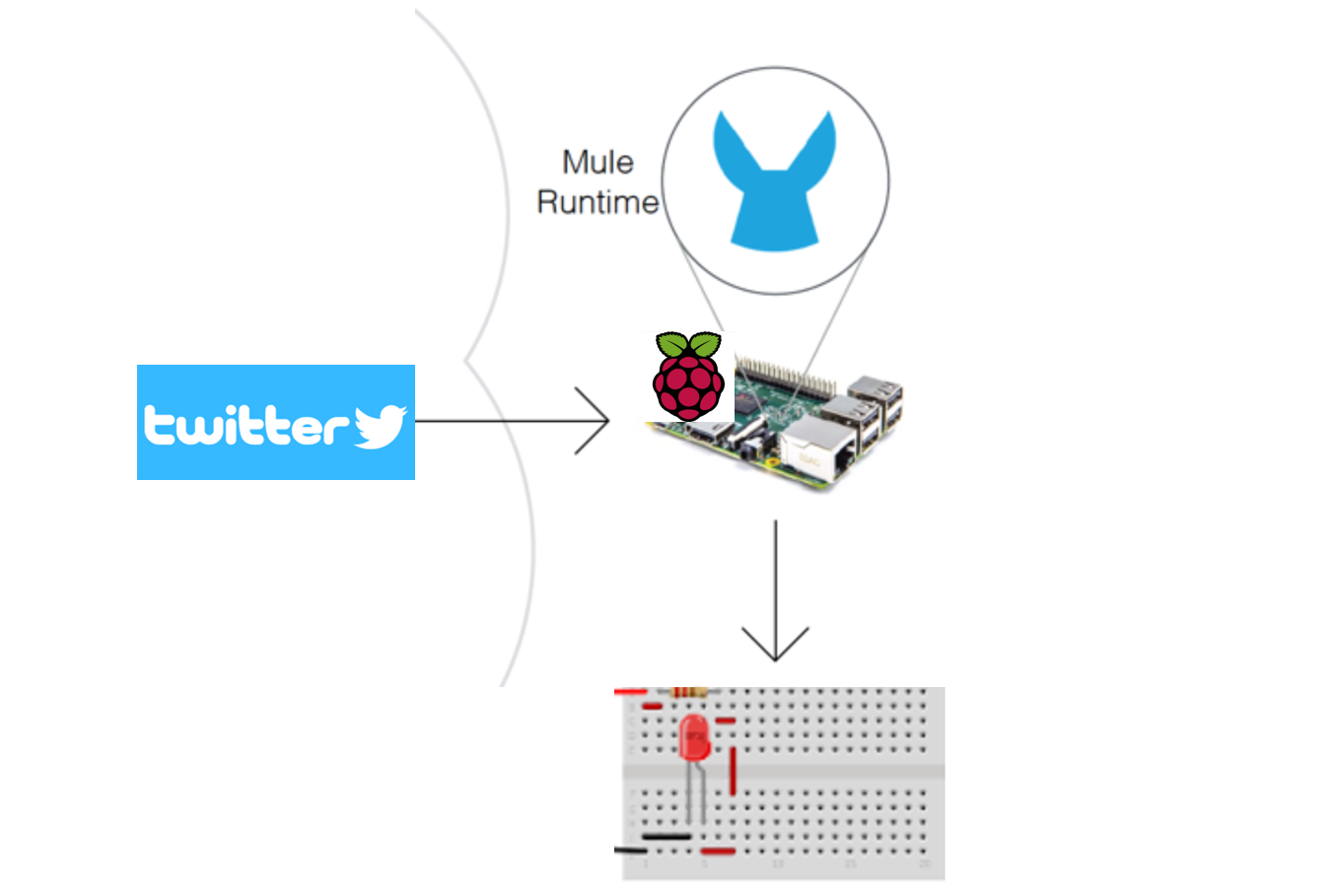 A Mule app deployed in an MMC instance on the Raspberry Pi subscribes to a Twitter feed. For every feed, it calls a Python script and, in turn, the Raspberry Pi controls the blinking of the LEDs.

You'll need the following on order to follow along with this tutorial:

We are using a very basic Python script that can control GPIO commands to blink the LED bulb. 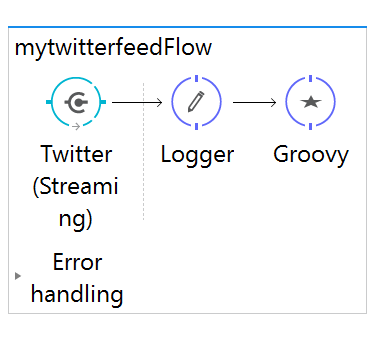 This demonstrates how a Mule instance running on a tiny Raspberry Pi controls the turning on/off of lights.

MuleSoft’s Runtime Engine can be used in various innovative ways to connect devices, data, and applications. This is a basic example of the Internet of Things with Mulesoft. If you'd like to look at the code for this tutorial, please have a look at my GitHub Repository.