Developing an application and a few libraries in parallel could be quite painful.

On one hand, it makes sense to create a separate Git repository (and a separate Gradle project) for each library and for the app itself. Then the libraries and the app would be connected via Gradle dependencies. So if a bug in the app is caused by a bug in one of the libraries, to fix it one has to

This cycle is annoying and slow, especially if the building process involves running all tests on the CI. 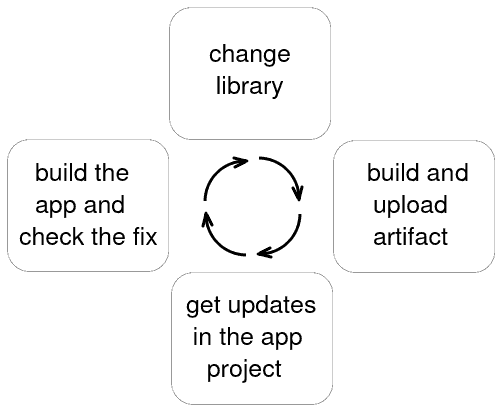 On the other hand, there's another approach: put all libraries and apps into the same Git repository (so-called "monorepo"). It would work for some projects but in general it's not a good idea.

One could put the common library into a Git submodule to the app repository, but ...

In this post, I will describe how to set up a multi-component (libraries + an app) Gradle-based project that uses Git X-Modules to glue them together. This solution has the best from both worlds: every component resides in its own repository and can be built separately. But also the app can be built together with the libraries thus avoiding the "painful cycle".

For the purpose of this project, I will use Atlassian Bitbucket Server/Data Center as the Git server. It's also convenient because there's a special Git X-Modules App for it. If you are on any other Git Server,  the configuration and the steps would be similar,  although the UI will look different, and you will have to use Git X-Modules as a command-line tool.

I will also use the latest version of Gradle to date, which is 6.7.1.

To create a multi-component Gradle-based project I will use the "Composite builds" feature of Gradle.

Each of the repositories can be cloned and built with Gradle independently of all others. 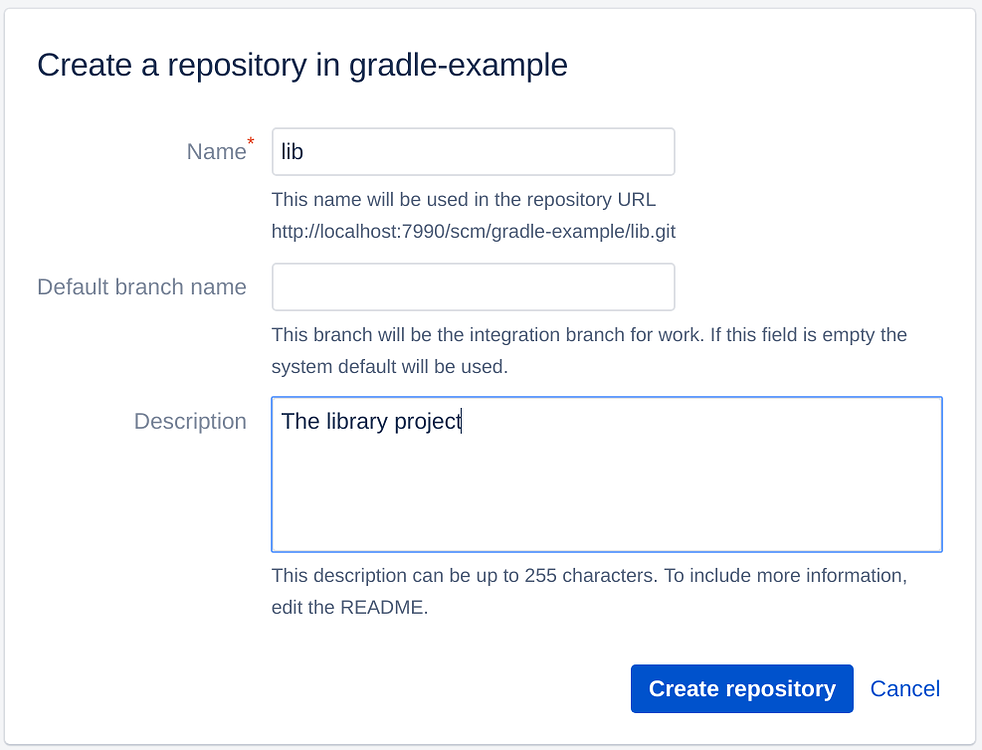 Clone this empty Git repository (I suppose the Bitbucket Server/Data Center is run on example.org domain):

The project is quite minimalistic, its structure is:

Make sure the 'lib' project can be built separately:

Commit and push the changes: 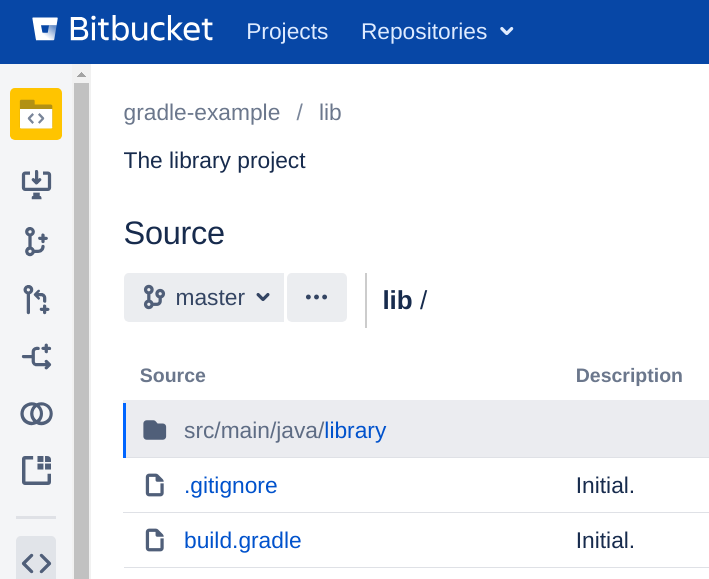 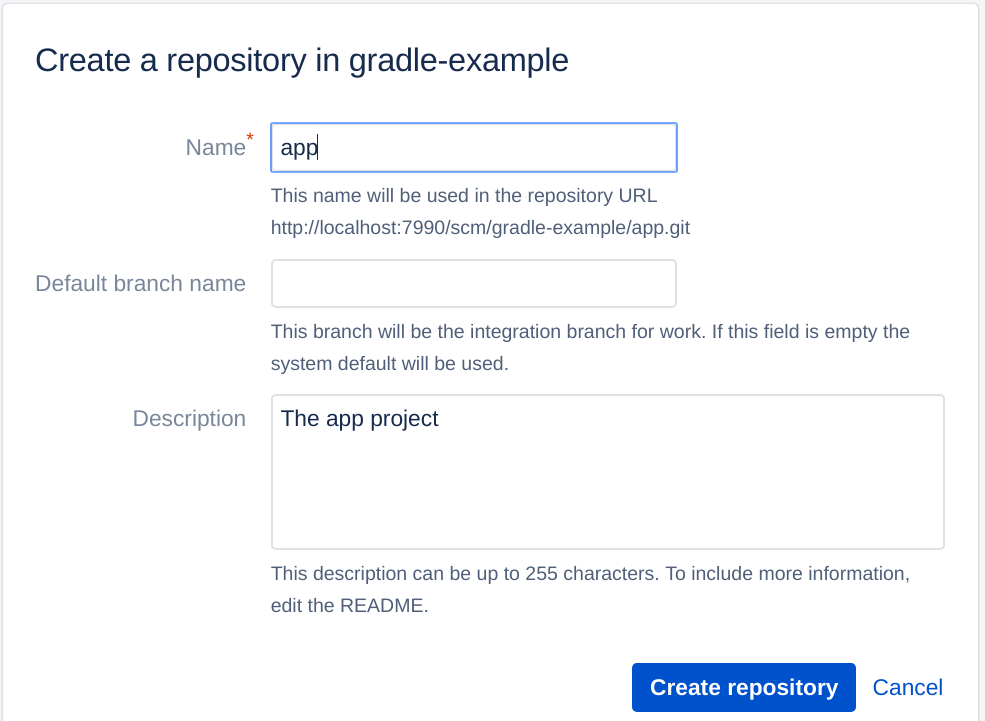 Because of the dependency, its compilation will fail unless the artifact of the 'lib' project is uploaded to the Maven repository:

But once the artifact is uploaded to the Maven/Ivy repository, the compilation will succeed.

Commit and push the changes: 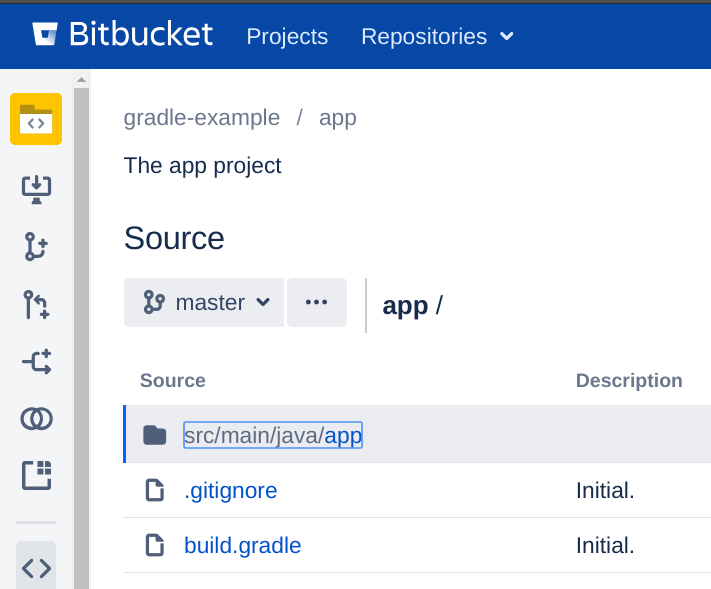 Step 3. Make Sure that the Git X-Modules App Is Installed

From Bitbucket Server/Data Center UI go to `Administration | Find new apps | Search the` Marketplace and type "X-Modules". Install the app if it's not installed.

I will create a  'parent' repository that would contain 'lib' and 'app' as X-Modules (from the Git perspective they will be regular Git directories). And then I will add additional Gradle configuration files to build the whole project from sources, skipping Maven/Ivy. 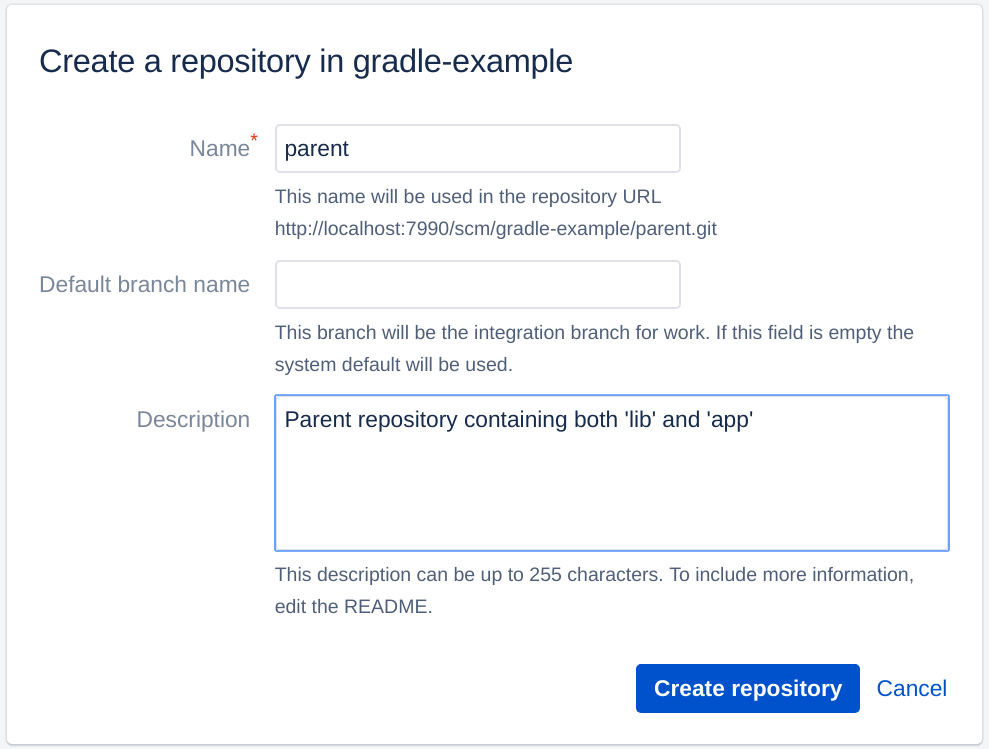 When the Git X-Modules app is installed there's an "X-Modules" button on the 'parent' repository page. Click it.

As there're no branches in the repository, click "Create Default Branch" to create 'master'.

Now click "Add Module" to add 'lib' to the project. 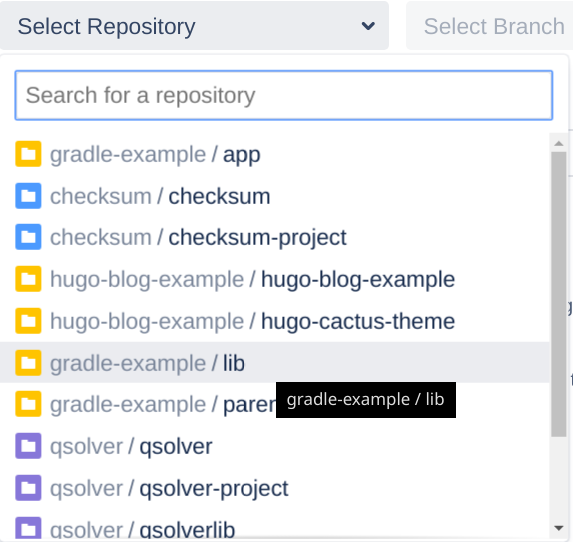 And the 'master' branch. 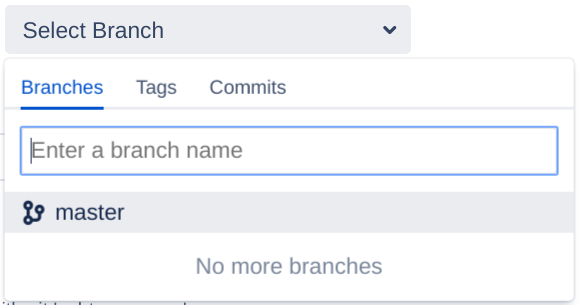 Make sure "This Repository Path" is "lib". It's the path where the 'lib' repository will be inserted. 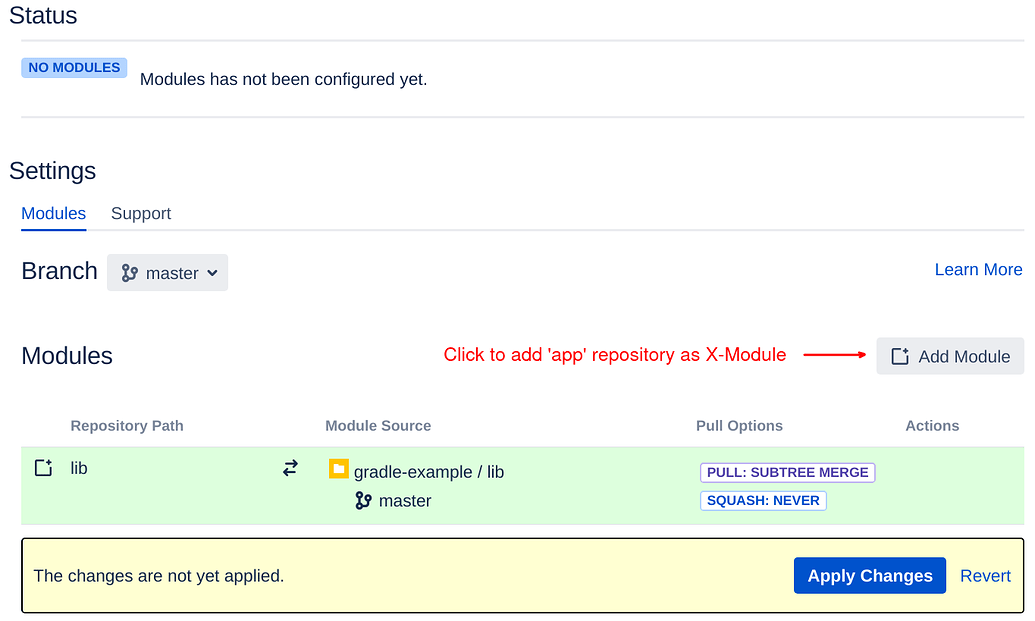 Choose the 'app' repository and 'master' branch in it. 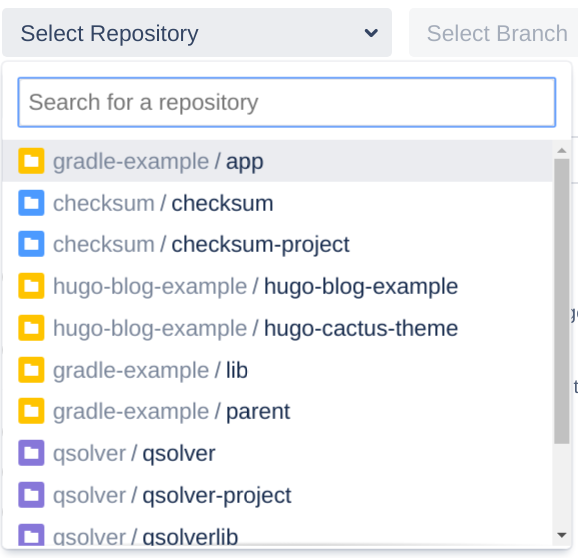 Now make sure "This Repository Path" is "app". 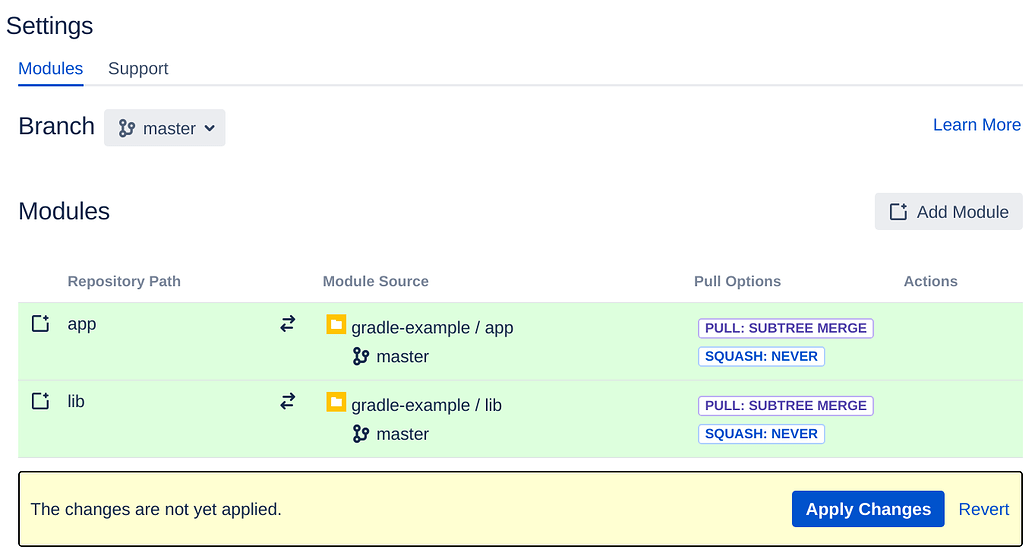 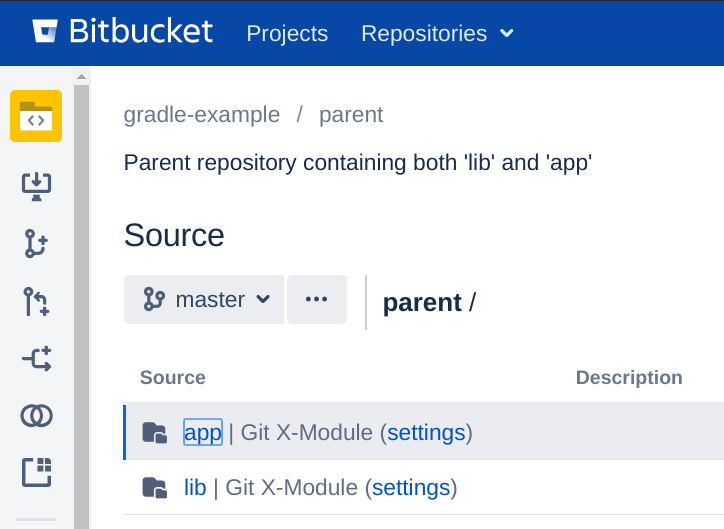 Now create the `settings.gradle` file with the following content:

It will tell Gradle to build 'lib' from sources instead of getting the corresponding artefact from Maven. Finally, create `build.gradle`:

This will create a "run" task for the parent project and delegate it to the 'app' project.

Now the parent project can be built from sources bypassing Maven:

Add and commit the changes: 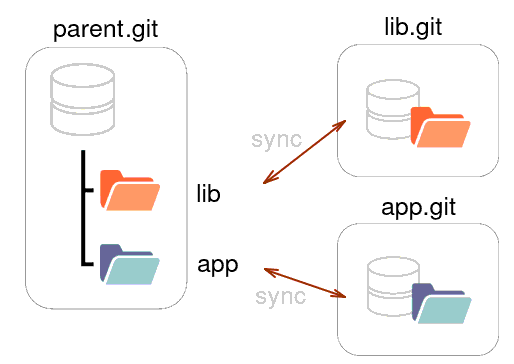 Published at DZone with permission of Dmitry Pavlenko. See the original article here.