Before getting into an article, let’s have a quick introduction about web services with multi-part WSDL.

We can say a WSDL as multipart WSDL when:

1. SOAP binding for an operation bound to A SOAP body and non-binary attachments.

2. SOAP binding for an operation that has two parts with a SOAP header part and a SOAP body. The below screenshot from WSDL will help you in identifying the multi-part WSDL. 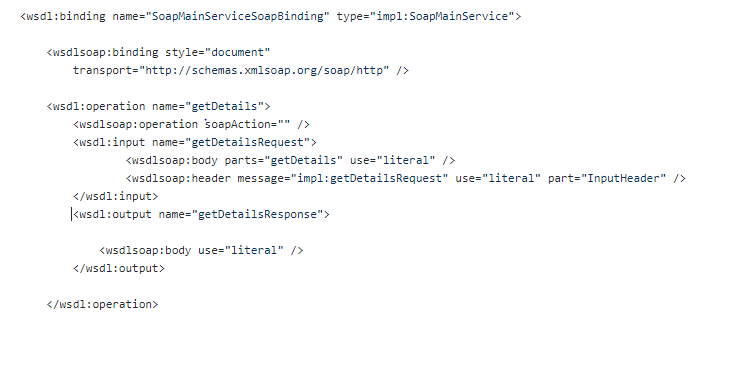 In this article, we are going to discuss scenario number 2.

Currently, most of the banking, healthcare, insurance, and aviation sector players maintain their core enterprise integration systems with SOAP-based services for various reasons.

When you are migrating from a legacy WBS-based system into Mule, you will surely end up consuming WS with multi-part WSDL’s.

Whenever you try consuming services with multi-part messages, the web service consumer shows a warning as “Warning: Operation Messages With More Than 1 Part Are Not Supported.”

When you drag and drop the DW component, it senses either SOAP Body or other parts, which makes it difficult for developers to perform transformations.

Generate JAXB Objects corresponding to the given service WSDL.

Before generating JAXB objects, we need to make the below change to WSDL.

Find the PortType for your interface and place the below binding statement in your WSDL.

Drag and drop CXF componant, select operation as Jax-WS Client as shown in the below screenshot. 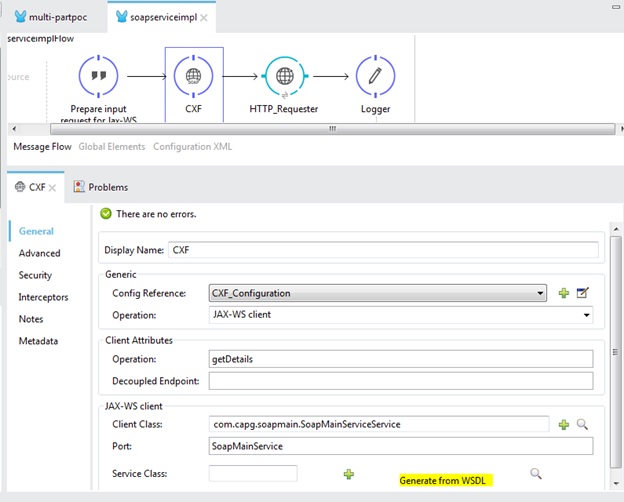 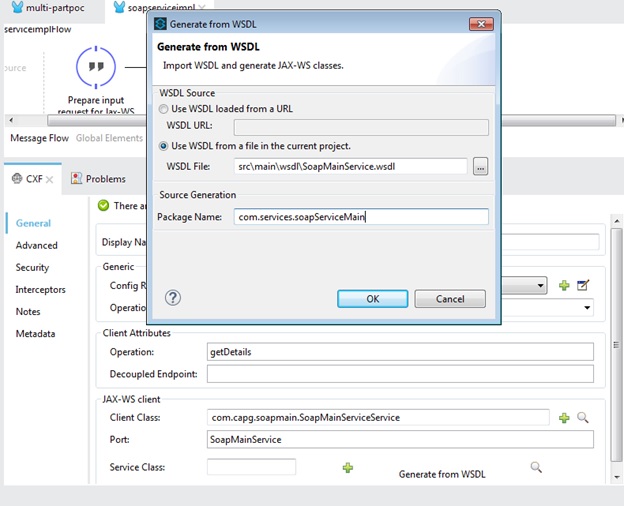 Identify the below classes from the generated Java files:

As our message payload contains data formats like XML, we need to convert XML to the equivalent, JAXB object, using XML to JAXB Object Transformer. 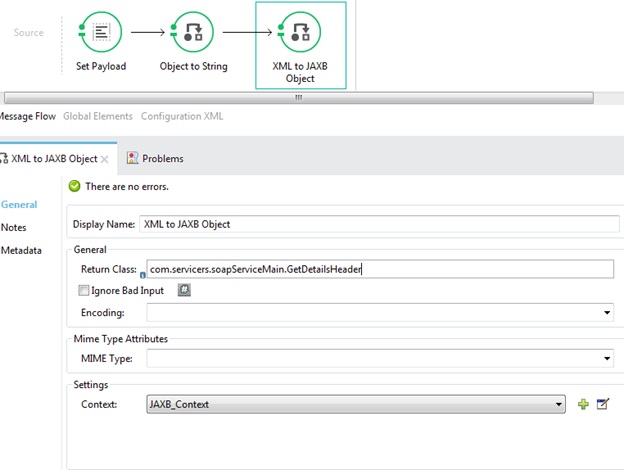 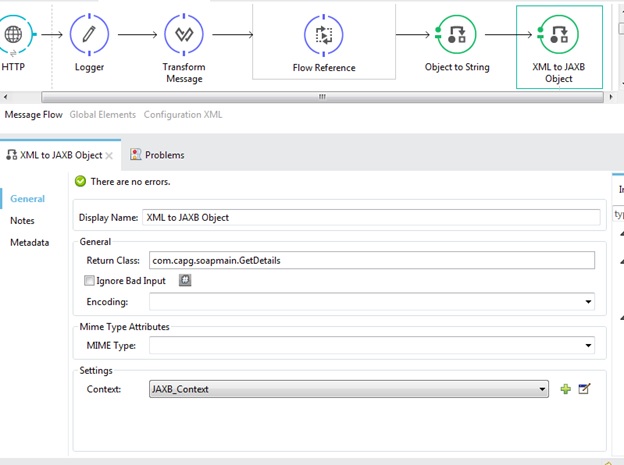 Assign the Payload with the required variables for the given Operation. As getDetails operation as two parameters, out payload will be an array of two JAXB objects.

Add a combination of CXF as JAX-WS client and HTTP requester for consuming the Webservice. 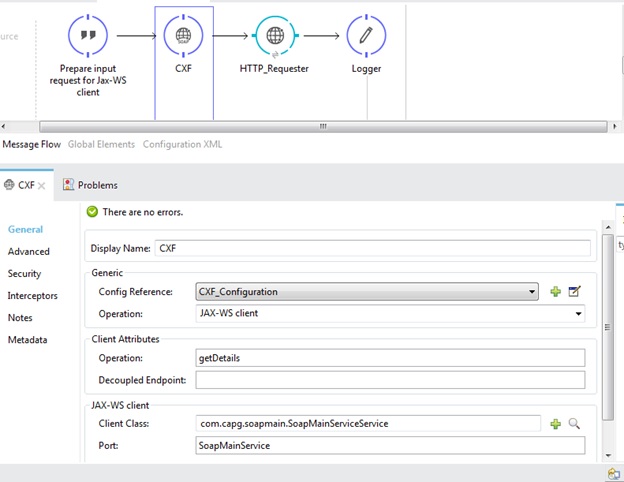 Thanks for reading this article, and let me know your thoughts and/or suggestions in the comments section.