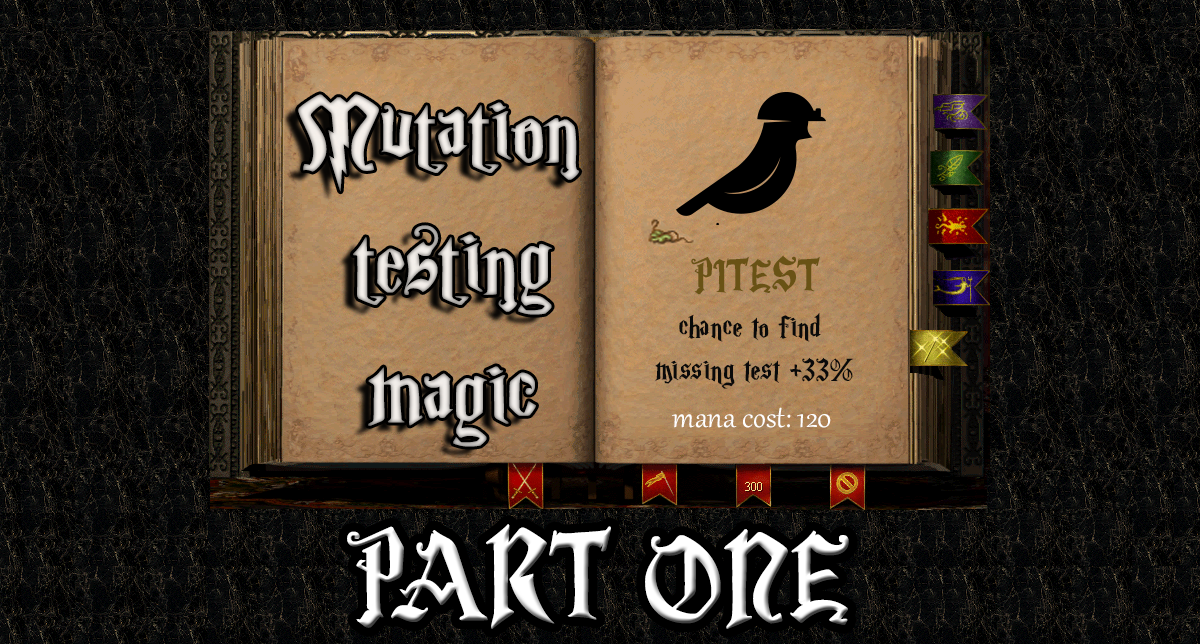 The concept of mutation testing is to modify code in a small way and verify that tests detect that modification. Undetected modification gives a hint to what test is likely missing.

But why do we have to consider testing the result of the modified code? Let's take a look at an example: 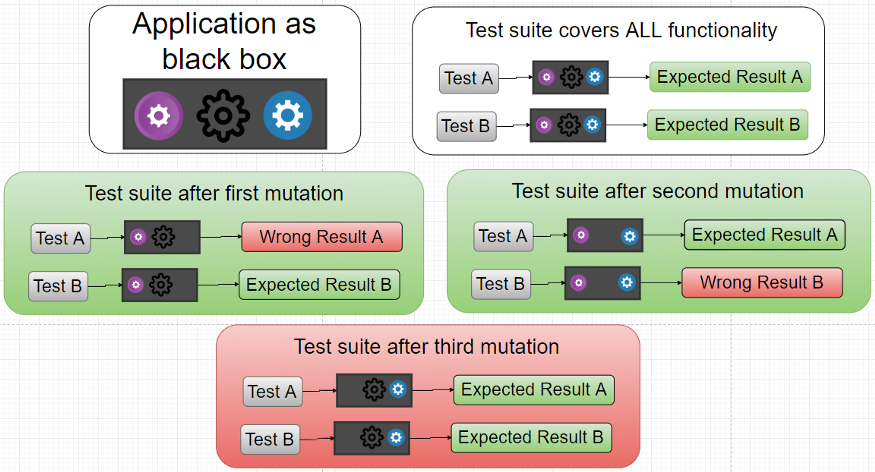 Initially, the system was fully covered by two test cases. First, two mutations have been detected by failed tests. But what about the third one? The last modification wasn't detected for two reasons:

To demonstrate the power of mutation testing, we create tests based on simple line coverage (old classical way). To count the line coverage, we use the JoCoCo plugin.

Assume that we have client and registration service with two functions:

The old good way to check your test coverage is to verify that every line was executed during the test suite (at least once). Lets see default test scenario: 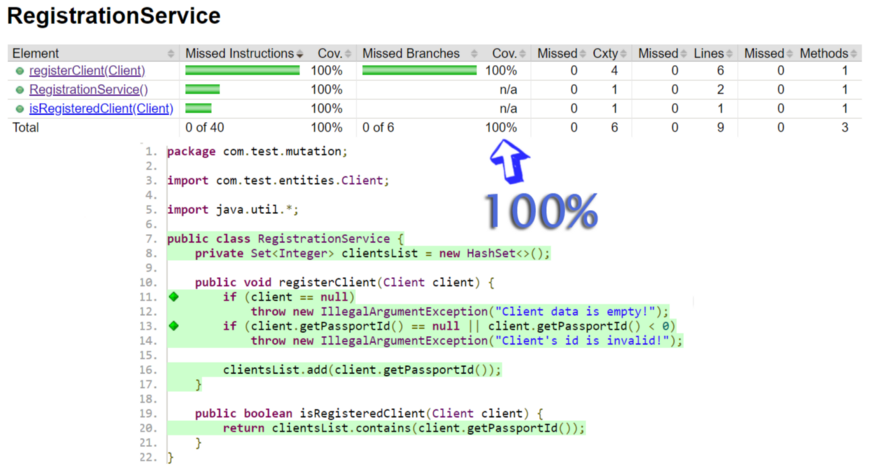 Hmm. It seems that the coverage rate is 100 percent. But can we rely on it?

No. No, we cannot. Stay tuned for the next installment where we explore why!