i’ve just written a book that is now publicly available ! the name of the book is “microservices for java developers” (o’reilly) and is a hands-on, step-by-step guide for building microservices with some popular java frameworks like spring boot , dropwizard , and wildfly swarm ! we also explore some of the non-functional requirements like safe deployments, exposing metrics, service interaction, service discovery, load balancing et. al. and how technology like netflix oss , docker , and especially kubernetes can help simplify the deployment and management of your microservices. many many thanks to all of the reviewers who took the time to give feedback and for red hat for sponsoring my time especially burr sutter and the talented folks at o’reilly who helped coordinate the effort and make it come to fruition.

i’ll have printed copies at devnation/summit (including a signing session tuesday, june 28th at 3:30 at the moscone ctr.) and you can get a digital copy at the red hat developers website . stay tuned (@christianposta) as i may be working on part ii :) 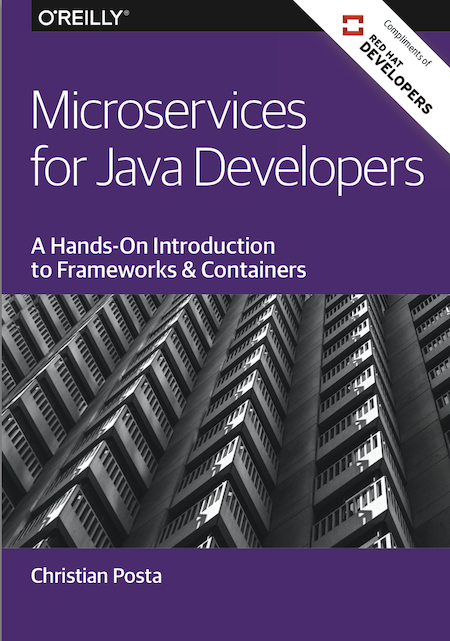