I spend a lot of time futzing with editors and IDEs. To be honest, I'm pretty compulsive obsessive about the whole thing. I can watch YouTube videos for hours studying how each works and why people like them. One question that I really wanted to tackle is "Are there ways in which VS Code is actually better (i.e. more productive) than WebStorm, PyCharm, IntelliJ, etc."

I think this video Moving from WebStorm to VSCode does a pretty good job tackling this question, but I remain unconvinced. 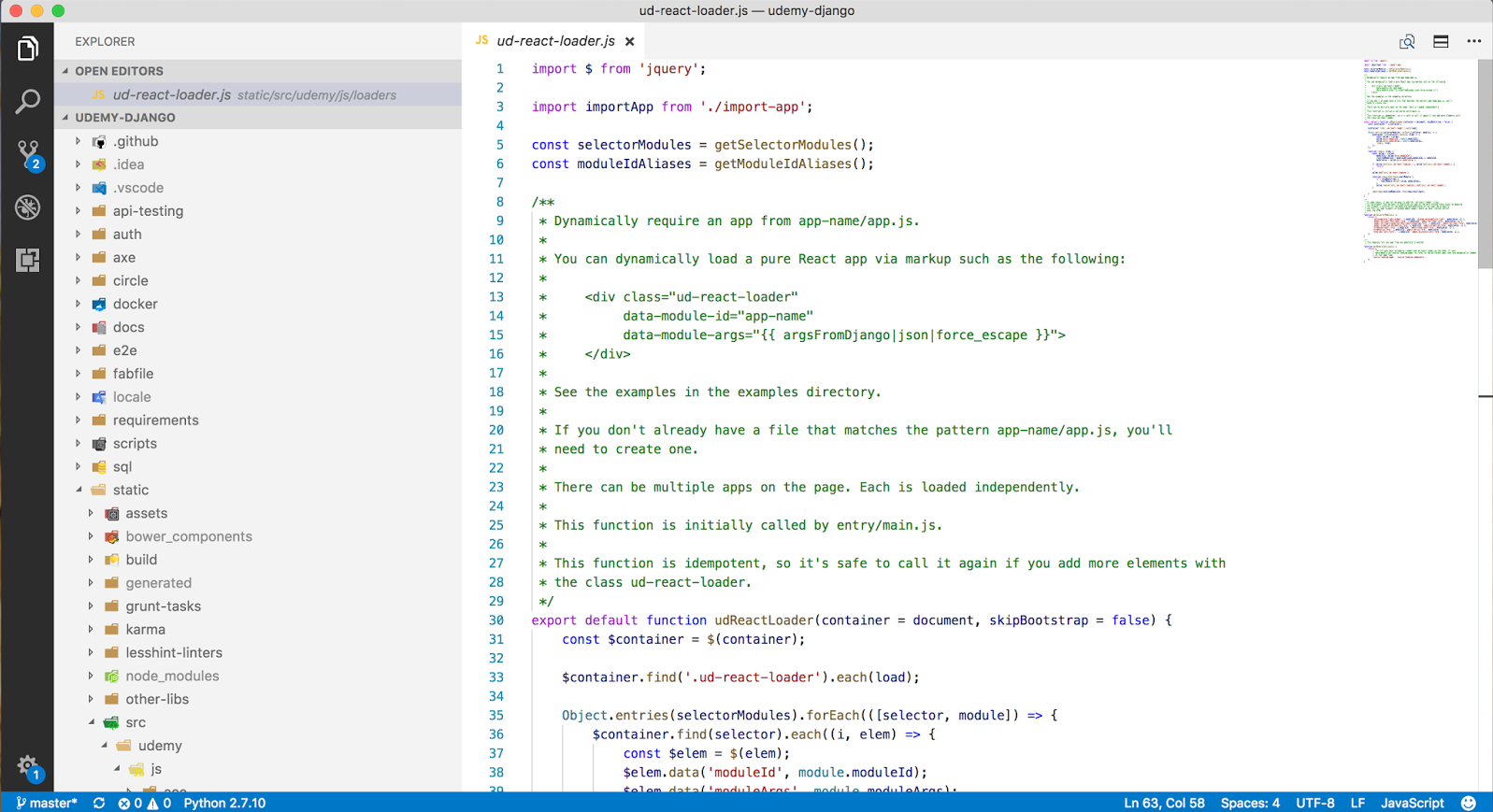 I think there are three things I miss the most in VS Code compared to PyCharm, WebStorm, IntelliJ, etc.:

1. The Find window is much better in PyCharm. I can search for something in order to do a cross-project refactor. As I go through each entry, I don't lose my place in the find results, even if I have to edit the code for a few minutes. (Trying to do the same in VS Code is a fairly frustrating experience.) If I need to search for something else, I can save the results in a new tab without losing the original search. This is really important if the refactor takes me a few days, and I need to leave the results open the whole time. I can have a whole "stack" of completely different search results in different tabs.

2. The Git support in PyCharm is far more complete and advanced. The rebase flow is incredibly well done, especially when dealing with conflicts.

3. When I went to go rename a variable in Python in VS Code, it complained that I hadn't installed rope. It's well known that rope isn't nearly as good as what PyCharm has built in. My point is that VS Code works really well for TypeScript and JavaScript, but I think IntelliJ's "infrastructure" makes it better for a whole range of languages. An extension written by a third-party developer is no match for something done very well by the company itself at a foundational level. I'll admit that the guy who wrote the Python extension for VS Code just got hired by Microsoft, which is good, but I think my point still stands.

These arguments in favor of VS Code are not very persuasive to me:

1. I don't really care that it starts fast. So does Vi. I rarely restart PyCharm, so waiting, let's say, 15 seconds once a week or so is irrelevant when I consider all the time it saves me throughout the day.

2. I don't get excited by VS Code's themes. One good light theme and one good dark theme is really all that matters to me. Anything more is an invitation to yak shave--which, as you can see, I'm already prone to :-P

3. I don't buy the fact that VS Code is an "editor with a few features from an IDE". It's an IDE. It has an editor, an integrated shell, integrated version control, an integrated debugger, integrated linting, etc. Calling it anything other than an IDE just doesn't make sense to me. Nor does saying that it's lightweight make sense since it's based on Electron which is itself based on millions of lines of C++.

4. Saying that it can do a lot of the things PyCharm does doesn't convince me that it's better than PyCharm.

5. It's a little frustrating to me that people are prejudiced against PyCharm because it's written in Java. VS Code runs on top of Electron (i.e. a browser engine). Java and JavaScript are both based on VMs written in C++. And here's the kicker: they were both written by a lot of the same people. V8 was written by a bunch of ex-Sun people working at Google...

At the end of the day, after very careful consideration, the only irrefutable arguments in favor of VS Code, in my mind, compared to PyCharm, WebStorm, IntelliJ, etc. are that:

So here are my thoughts:

1. Don't be afraid to learn new things. Don't let prejudices like "it's an IDE", "it's written in Java", "it's written by Microsoft", or "it'll take longer than an hour to learn it" hold you back.

2. If you work with a large team, there may be a benefit to using what other people around you are using, especially if they've set it up really nicely and committed the configuration to the repo.

3. In general, for very large codebases that you're getting paid to work on, there are a lot of benefits to using WebStorm, PyCharm, IntelliJ, etc. If you spend a fair amount of time doing very large refactors, the cost of PyCharm in terms of learning curve and money will be more than justified.

4. If you just want something to use for a small project or you want people at a workshop you're teaching to have something sensible, VS Code makes a lot of sense.