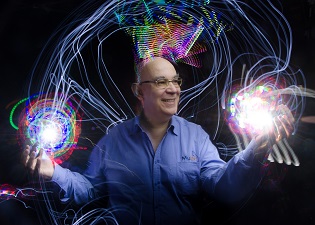 Welcome to a new series of blogs: Percona Live featured tutorial speakers! In these blogs, we’ll highlight some of the tutorial speakers that will be at this year’s Percona Live conference. We’ll also discuss how these tutorials can help you improve your database environment. Make sure to read to the end to get a special Percona Live 2017 registration bonus!

In this Percona Live featured tutorial, we’ll meet Giuseppe Maxia, Quality Assurance Architect at VMware. His tutorial is on MySQL Document Store: SQL and NoSQL United. MySQL 5.7 introduced document store, which allows asynchronous operations and native document store handling. Since the changes are huge, both developers and DBAs are uncertain about what is possible and how to do it.  I had a chance to speak with Giuseppe and learn a bit more about the MySQL document store feature:

Percona: How did you get into database technology? What do you love about it?

Giuseppe: I am fascinated by the ability to organize and dynamically retrieve data. I got my first experiences with databases several decades ago. Relational databases were not as dominant then as they are now. In an early job, I actually wrote a relational database interface in C, with the purpose of getting more flexibility than what I could get from commercial products. This happened several years before the creation of MySQL. This experience with the internals of a DBMS gave me some insight on how raw data, when appropriately processed, becomes useful information. All the jobs that I had since then related to database usage or development. With each job I learned something, and most of what I accumulated over the years is still relevant today when I use top-notch databases.

What I love today about databases is the same thing that made me start working with them: I see them as powerful tools to help people make order out of the chaos of their data.

Percona: Your tutorial is “MySQL Document Store: SQL and NoSQL United.” What exactly is MySQL document store, and why is it such an exciting new feature?

Giuseppe: The “Document Store” is a feature introduced as a plugin in MySQL 5.7. It is different from most anything that MySQL has done before, for two reasons:

Why is this such an exciting feature? I think it’s an attempt by Oracle to lure no-SQL users into the MySQL arena. By offering the ability to combine structured and unstructured data into the same entity with a proven record of safety and stability, Oracle may have created the perfect match between relational educated DBAs and developers who usually think in terms of hierarchical or nested data structures.

Percona: How can the document store make DBAs’ easier? How more complicated?

Giuseppe: This depends on the organizational needs that the DBA has to address. There is a simplification, if the organization needs to deal with both structured and unstructured data. Instead of installing and maintaining two databases (e.g., MySQL and MongoDB) they can use just one.

What can go wrong? The plugin isn’t GA software (“Using MySQL as a document store is currently a preproduction feature”) and therefore DBAs should be ready to apply patches and take extra steps to keep the data safe, should a defect arise.

Percona: What benefits does document store hold for a business’ database environment?

Giuseppe: As mentioned before, it could be a simplification of overall operations. It exposes data as collections containing unstructured documents. This matches closely the kind of information that we deal with in many modern environments. Consider, for instance, current operations with cloud computing appliances: we mostly encode the data sent and received in such an environment as JSON or XML (which in turn can be easily converted into JSON.) Storing the documents retrieved from such operations directly as they are produced is a great advantage. A further benefit is the ability to index the data without converting it into structured tables, and retrieving information quickly and dynamically.

Percona: What do you want attendees to take away from your tutorial session? Why should they attend?

Giuseppe: The document store comes with a gargantuan amount of documentation. Kudos to the MySQL team for providing such detail on a new feature. However, the sheer size of the data might intimidate casual users who want to take advantage of the new feature. They might also fail to grasp the starting points. This tutorial’s main purpose is explaining the document store in simple terms, how to get started, and the common pitfalls.

Everyone who wants to deal with unstructured documents without maintaining two DBMS should attend. Developers will probably have more interest than DBAs, but there is food for everyone’s taste with the live demos.

On the practical side, the tutorial will show how data can get created in MySQL and consumed in MongoDB, and the other way around.

Percona: What are you most looking forward to at Percona Live?

Giuseppe: The MySQL world has been boiling over with new or enhanced features lately. I look forward to seeing the latest news about MySQL and related technologies. Percona Live is the place where MySQL professionals meet and exchange ideas. In addition to exposing myself to new things, though, I also enjoy seeing my friends in the MySQL world, and meeting new ones.