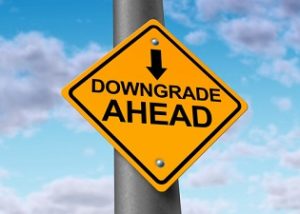 In this blog, we’ll discuss things to watch out for during a MySQL downgrade.

Previously, I wrote the blog MySQL upgrade best practices. Besides upgrading your MySQL version, sometimes you need to downgrade. When it comes to downgrading MySQL, there are two types of downgrade methods supported:

Before downgrading, you need to be aware of few things that could affect the process. I’ll list few of the important things here. For all the changes affecting the downgrade process, you should check the manual. Also, it’s advisable to check the release notes for the specific version you are downgrading to avoid any surprises.

You can use the query below to identify the tables and columns that might be affected by this problem. Some of them are system tables in the mysql database, which means MySQL is one of the databases you need to dump/restore.

After analyzing the results, I found that “STATS_PERSISTENT” was appended in few of the MySQL system tables during backup. It failed during restore because innodb_stats_persistent is not available in MySQL 5.5. I found this reported bug verified the issue.

To remedy this problem, you need to backup the MySQL user grants separately from the application databases: pt-show-grants from Percona Toolkit comes to the rescue!

From the Percona Server 5.6 slave:

And to restore on the Percona Server 5.5 slave:

Remember, replication from a newer major version to an older major version of MySQL (for example a 5.6 master and a 5.5 replica) is not supported, and is generally not recommended. Replication failed because starting in MySQL 5.6.6, the new binlog_checksum option defaults to CRC32. Since that option did not exist in MySQL 5.5, the replica can’t handle the checksums coming from the master. The other way around, the CRC (cyclic redundant checksum) fails because the binlog is in a pre-5.6 format and has no checksum info. You need to set binlog_checksum to NONE on the MySQL master server.

This will resume the replication on 5.5 slaves from the 5.6 master. I recommend setting binlog_checksum=NONE in my.cnf under the [mysqld] section to make this change persistent across a reboot of the master server 5.6.

To summarize, downgrading through the “logical dump” method requires you to exclude dump/restore the MySQL system database, and dump only user grants with the help of pt-show-grants  to restore the database users and privileges. Also, you need to make binlog_checksum compatible (i.e., NULL) when downgrading from version 5.6 to an older version (e.g., 5.5 or 5.1). Along with that, you need to make sure binlog_rows_query_log_events is enabled and binlog_row_image is set to FULL. Also, when replicating from version 5.6 to 5.5, GTID-based replication is not supported and you need to set gtid_mode=OFF in 5.6. All those variables should be set properly on the 5.6 master. Check the manual for more details.

A MySQL downgrade is the reversal of an upgrade, and can be painful. It might be necessary if you upgrade without proper testing. One of the reasons for a downgrade is if you notice that your application is malfunctioning, MySQL is crashing or performance is not up to mark after an upgrade.