the cosmic web paper by the barabasi lab

after i came across this tweet the other night,

turns out the universe is just a very big graph database: https://t.co/tkktlnnpqk pic.twitter.com/hh4s5pkwpi

i checked out the original website of cosmic web , which is beautifully done. 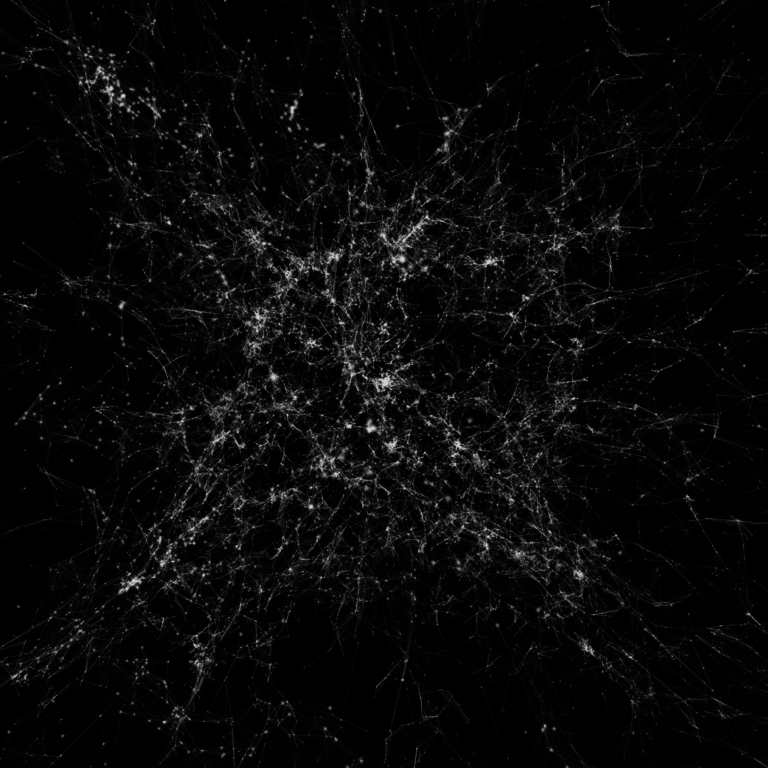 their paper describes the work of correlating galaxies in our cosmos by different means.

the last model provided the most accurate representation of the real-world constellations.

fortunately for me, the raw sources for this dataset were csv files with the galaxies forming nodes and the different relationship types that represent the means for connecting them described in their research.

i had four csv files to work with:

with neo4j 3.0 , i could quickly import them using the load csv mechanism, here is the full script .


the only trick i had to pull off was to collect the galaxies first into a list, to get an index for their row in the csv. that’s why loading the node-csv takes longer than the relationships.

query & visualize in the neo4j browser

but running the import gives me some nice visual results in the neo4j browser. 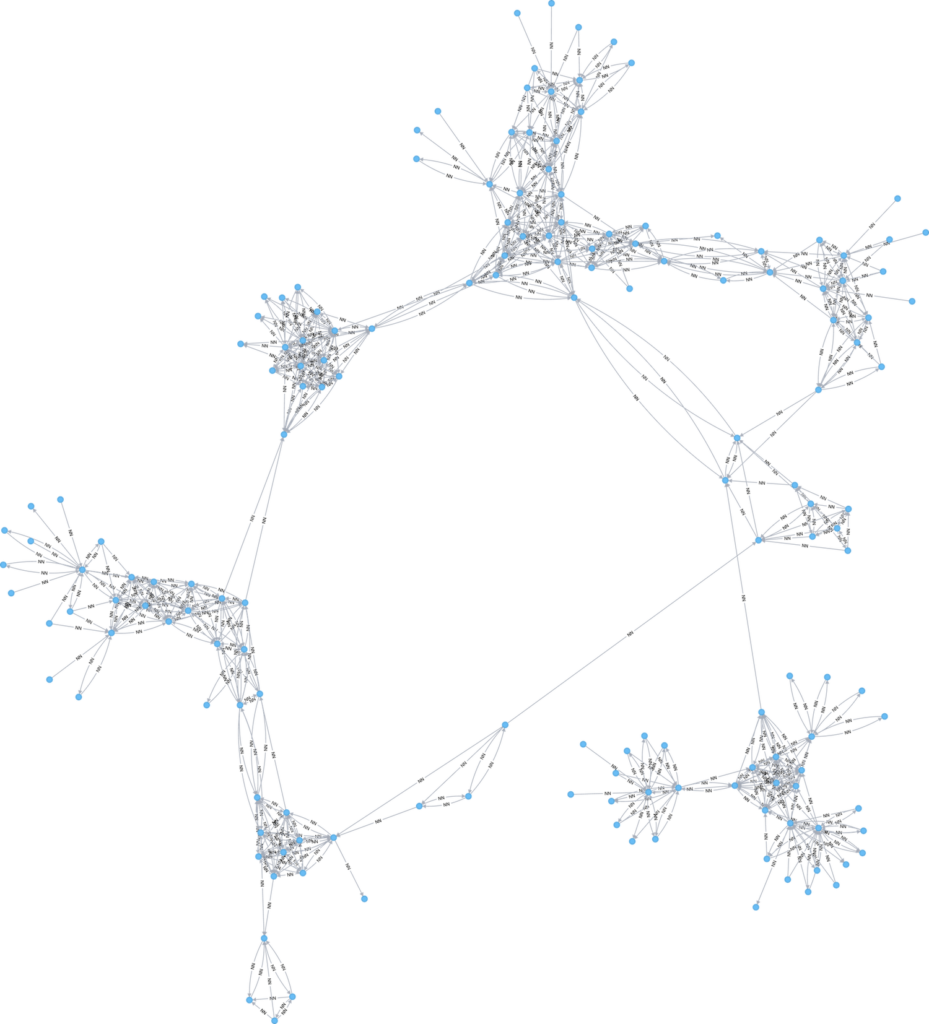 with neo4j 3.0, i wanted to test the performance of the new binary protocol (a.k.a. bolt). so i grabbed the javascript [neo4j-driver from npm], and retrieved all 211k neighborhood relationships in one go. just pulling the data and measuring the outcome is easy, as you can see below.

although i have no artistic talents whatsoever, i could at least try to load the data from neo4j into anvaka’s ngraph and let its force layout algorithm do the work.

please note that the artistic three.js visualization mentioned above uses pre-laid-out data, the x , y , z coordinates are still available as properties in the data.

but i wanted to see how well ngraph can load and layout 200k relationships without any preparation just in javascript.

the loading was quite quick, like before. the force-layout did take some time though, but resulted in a really nice two-dimensional graph rendering of our cosmos.

everyone can import the data on their own quickly by running my import script , after starting your neo4j 3.0 server. (you might need to confige in conf/neo4j.config that the “remote-shell” is enabled.)

this was only me having fun with galaxies and neo4j 3.0 around 3 am. if you want to read and hear from a real graph-astronomer, check out caleb w. jones’ work on “using neo4j to take us to the stars” .

p.s. graphs are everywhere – even our cosmos form one.