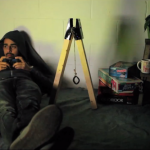 last year concerns were raised about the effectiveness of health apps in changing the behavior of people for the better after a study found that initial results were not particularly positive in boosting our activity levels.

a second study then looked into the matter in more detail, and found that using health tracker apps often resulted in a big drop in enjoyment levels in users.

another issue of concern to wearable developers is the strong potential for faking our activity levels.  a team of researchers have developed a mechanism to spot the difference between fake and real activity.

once the new system had been trained on suitably dubious behavior, it was able to identify such behavior with an accuracy of 84%.

“as health care providers and insurance companies rely more on activity trackers, there is an imminent need to make these systems smarter against deceptive behavior,” the authors say. “we’ve shown how to train systems to make sure data is authentic.”

of course, it people were faking their own fitness efforts there would be little concern, but with an increasing number of insurance companies offering discounts to people who are showing higher activity the matter takes on a slightly more serious tone.

the researchers trained their algorithm to be able to spot deceptive behavior in one person before then rolling it out more widely.  the belief was that faking tends to share common characteristics, thus enabling such scaling.

“very few studies have tried to make activity tracking recognition robust against cheating,” the authors say. “this technology could have broad implications for companies that make activity trackers and insurance companies alike as they seek to more reliably record movement.”

the initial study used smartphone based activity trackers, but the researchers believe that their approach could easily be applied to the other forms of wearable devices.

suffice to say, it isn’t a foolproof system and as the ante is upped there will inevitably be an ongoing battle between the fakers and the spotters, but hopefully systems will gradually evolve to get significantly better at detecting real from fake activity so that we are only really cheating ourselves rather than anyone else.