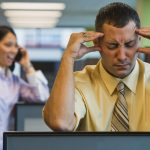 a while back i wrote about some research that suggested that a bit of background noise can be great when we’re trying to innovate.  whilst that may well be true, background noise is a major pain in the behind for those equipped with a hearing aid.

thankfully, a team of researchers from new york university have managed to develop an algorithm that can filter out that hubbub and help the hard of hearing decipher what’s really important.

they’ve developed an algorithm that is able of detecting the talker’s voice, and can thus distinguish that from less important noise.  the approach is interesting because most existing methods are ok at eliminating steady background noise (such as your air con) but struggle with noise that is similar to the foreground noise you hope to capture, such as the babble in a coffee shop.

to manage this, the team developed a noise reduction technology, called seda (for speech enhancement using decomposition approach), which breaks the speech into waveforms that allow differentiation on both frequency and number of oscillations.

“some waveforms in the seda process comprise many oscillations while other comprise just one,” the team say.“waveforms with few oscillations are less sensitive to babble, and seda is based on this underlying principle.”

this approach is only viable today because computational power has developed to such an extent as to make it effective and efficient.  the progress made however promises to make a huge difference to the life of a hearing impaired individual, although the technology is still some way from becoming ready for consumers, and it’s still unclear just how expensive it will be.

suffice to say, the technology may also have applications for those with better hearing.  for instance, if you’re trying to use your phone in a noisy environment it might be able to shut out the background noise for you.

it’s a fascinating technology and it will be interesting to see how it develops.