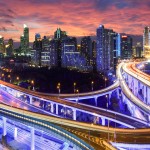 it's increasingly common for governments to open up their data sets, and nowhere is this moreso than in municipalities. it's one thing to open up data, however, and another to ensure it's used effectively. a new guide from the sunlight foundation aims to help city leaders (and residents) putting open data to good use.

the guide aims to help leaders and residents to work together on making more of open government data. it has its roots in human-centered design and strives to encourage city leaders to make their open data projects more transparent, accountable and participatory.

the guide comes with a four-step process to help communities come together to tackle a specific need in their area:

the idea is for each step to be suitably straightforward and inexpensive to allow simple experiments to be undertaken. whilst it certainly isn't a panacea, it is a useful guide to help improve upon the lackluster reaction to initial smart city initiatives among the public.

the report, from the institution of engineering and technology, reveals a surprisingly low level of interest in the kind of technologies that we ordinarily associate with smart cities. for instance, just 8% of respondents believed being able to order a driverless vehicle via your phone was useful.

the authors believe this is largely because those responsible for the roll-out of smart city type technologies seldom involve the public in their decision-making processes. this contributes to a distinct lack of buy-in by the public in the technology. what's more, this is despite the early successes of platforms such as airbnb and uber.

this was followed by a report from the university of reading from earlier this year, which highlighted the lack of real strategy for smart city projects in cities around the world.

the study examined smart city initiatives in bristol, milton keynes, amsterdam and taipei in some depth, whilst also exploring attempts by other cities to become 'smart'. it found that under a quarter of cities in the uk had any kind of smart city action plan, with most of those that did focusing on opening up data.

"with directly elected mayors in large cities such as london, liverpool and bristol, and more to follow in six large city regions today, city heads need to consider how big and open data would enrich the lives of their populations," the authors say. "in particular, those newly elected city mayors need to work hard to promote increased collaboration between authorities, the built environment sector, and technology companies, to harness the power of built environment data".

the more help that can be given to both city leaders and residents, therefore, the better.