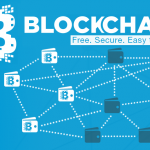 blockchain is undoubtedly one of the hottest technologies around at the moment.  whilst it has gained most of its notoriety for the bitcoin financial technology, it also has a number of other possible applications.

for instance, john holden and greg irving from the university of cambridge use blockchain technology as a means of making clinical trial documents immutable.  the pair wanted to tackle the thorny issue of ensuring that research data is untampered with so that external people can have confidence in the results from the trials.

they highlighted the use of blockchain in cardiovascular diabetes and ethanol research via a report published on the f1000 website.

“a copy of the clinicaltrials.gov study protocol was prepared based on its pre-specified endpoints and planned analyses which was saved as an unformatted text file. the document’s sha256 digest for the text was then calculated by entering text from the trial protocol into an sha256 calculator. this was then converted into a bitcoin private key and corresponding public key using a bitcoin wallet,” they say.

don tapscott, meanwhile, believes that blockchain could be used to underpin security in the internet of things powered smart cities that are cropping up around the world.

“organizations are already combining mesh networks with blockchain technology to solve complex infrastructure problems. filament, an american company, is experimenting with what it calls 'taps' on power poles in the australian outback. these devices can talk directly to each other at distances of up to 10 miles. because the power poles are approximately 200 feet apart, a motion detector on a pole that’s falling will notify the next pole 200 feet away that it’s in trouble,” he says in a recent post on fortune .

making use of blockchain easier

of course, using blockchain is not something that has reached the mainstream yet, which is where a french-based start-up is coming in.  they’ve developed a platform to make getting started with blockchain easier and more intuitive.

the company, called stratumn, have built an open source language, called chainscript, that can work on a number of operating systems. the team hopes that this will allow developers for their particular circumstances.

chainscript allows users to create a number of time-stamped documents that can be used at various stages of the legal process. alternatively, it can also be used to preserve original pieces of work, or even to embed mandatory workflow systems.

the system is currently in beta, with access to the platform via invite only, but it will be interesting to see how it facilitates the take-up of blockchain as it begins its expansion into ever more areas of life.