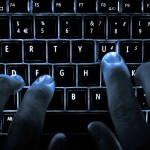 the recruitment industry has been in a peculiar state of late.  i think there’s a reasonable appreciation for the need to improve things , yet despite various innovations entering the market, the general process has remained much the same as it always has.

many of these innovations aim to test candidates in realistic scenarios as part of the recruiting process.  for instance, i recently wrote about a new hr company that builds a virtual work environment so that candidates can be put through their paces.

the greek company, called human.innovation.technologies , offer a digital application that can recreate any work situation via your desktop or tablet device.  the simulation can include a number of work positions, tasks, and situations.

each user is given a role within the virtual environment and requested to communicate with their virtual colleagues, complete any set tasks and make the kind of decisions they would be expected to in their job.

putting coders through their paces

along similar lines is a new platform created by hiringpad that allows recruiters to test developers in actual coding tasks to see how they perform.

the platform offers recruiters a virtual interview room whereby candidates are interviewed via a video conference style interface.  that is fairly standard fare, but what makes the platform interesting is that candidates are then put through their paces in real-time coding challenges.

the performance in the task is then archived for the recruiters to analyze against the other candidates.  it’s an interesting approach that does give you some insight into how proficient someone is at the skills they claim to have.

i can certainly imagine such tactics gaining traction in tech based industries, but of course the challenge is a bit fuzzier for sectors where instant appraisal is not quite so easy.

i wrote recently about some research that proposed a new model for interviewing that may help to delve into what makes someone tick.

the new model of interviewing involves three distinct phases, which are repeated over a couple of cycles:

i suspect, as with most things, it will be lots of little improvements that render recruitment better.  check out the video below for more information on hiringpad though and let me know your thoughts.