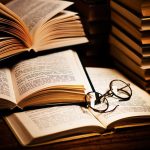 it’s estimated that nearly 5,000 academic papers are published per year, which can present a serious challenge for those wishing to keep up with what’s happening.

a number of tools have hit the market to try and make the process a bit easier.  for instance, the semantic scholar uses software that has been trained to better understand the nuances of particular papers using a range of machine learning techniques.

of course, the project isn’t the only attempt to better empower algorithms to make sense of the patterns they find in data. a second service, called meta , was also launched recently to try and ease the way in which we can identify and collaborate with people mentioned in medical literature.

the latest attempt to help search the research literature has been unveiled by the university of calgary. the search engine, called metabus , aims to curate the published literature, and the developers believe it’s the biggest effort of its kind in the world.

"by using metabus, summarizing research will now only take minutes rather than years and puts the focus on curating new knowledge rather than trying to sift through past findings , ” they say.

finding the needle in the haystack

the platform aims to simplify the process of meta-analysis, whereby researchers trawl through the published literature to summarize its past findings in a particular field. it has around one million journal findings going back to 1980, with each one codified to allow for easier analysis.

so, instead of having to hunt down articles yourself, read them in full and then summarize their findings, researchers can use the platform to access the automated summaries generated by metabus.

the service is free with a registration, and even provides access to gated articles that sit behind a paywall. the ultimate goal is to change the speed and collaboration of science.

“metabus expands the scope of academic research to an unprecedented size and scale and, we believe, will enable scientists to answer large-scale calibrating questions that were previously impossible to address,” the team says.

it’s certainly a fascinating project and i urge you to check it out.  to help get you started, the following is a video tutorial on how to use the site.