[this article was written by nate heinrich]

good news! new relic has just rolled out a pair of cool little new relic apm features that have been sitting in our backlog for quite some time. you can now add alerts and annotations to charts!

if you work in software, there are always no-brainer enhancements that somehow never quite get the priority they need to have someone spend real time working on them. sprint after sprint goes by, but there they are, still waiting for someone to pick them up off the shelf.

well, big thanks to one of our senior most engineers , who finally got so fed up that he decided to jump into the code and go berserker style and get it shipped like a boss. let’s take a look at the results:

new relic apm charts can already render with markers indicating deployments and downtimes, like so:

but now, in addition to showing deployments and outages, charts can show all critical events including threshold violations on your applications, servers, and plugins, giving you a more direct indication of when problems start occurring. yay! as you select longer time ranges, the chart can show more and more events. the red regions get more opaque where events overlap.

another often-requested feature is the ability to annotate charts. dev and ops teams want to be able to select a chart region and add a note to communicate and preserve causation to bad performance. for instance, a typical annotation might read: “the drop in response time here was due to the introduction of a request cache.”

users had been able to create notes in new relic with annotations and snapshots of charts but they couldn’t annotate the original chart. that meant the note appeared only in the index of notes and the recent events. unless the user sent the note to colleagues, most people would never know the note existed.

now, apm is designed so that creating a note has a side effect of leaving an annotation in the chart to which you added the note. again: yay! the annotation appears as a green highlighted region with a tooltip containing the user’s name and the comments from the note. if you click on the green background of the region, you are taken to the original note. 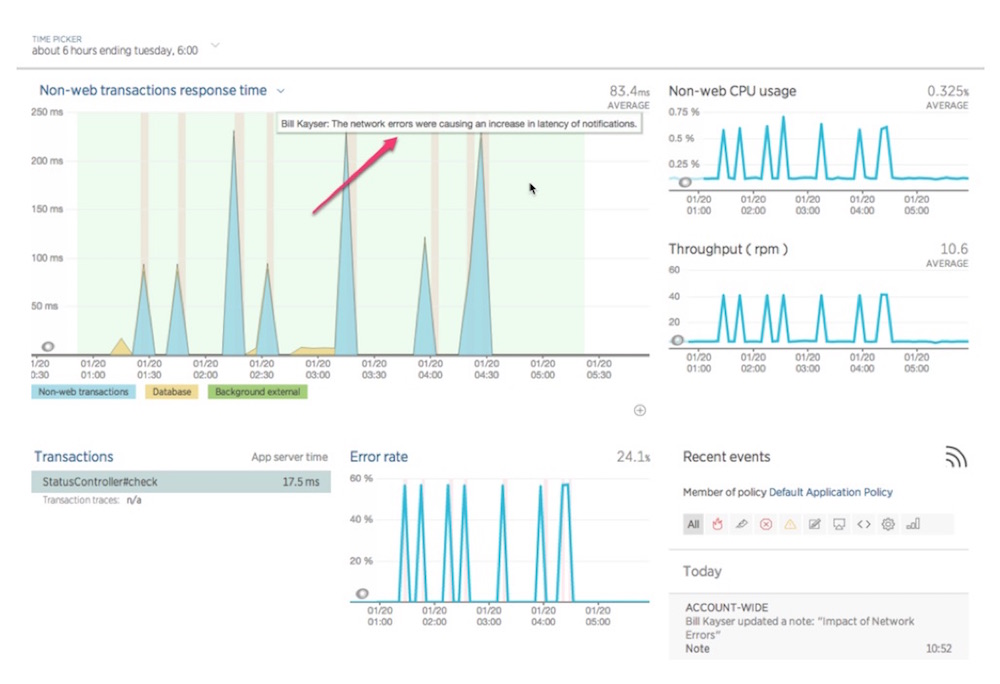 to add annotations to charts, just click the + icon on any chart, then choose “add to note” and enter your comments. to remove an annotation, remove the chart from the note, or delete the note. 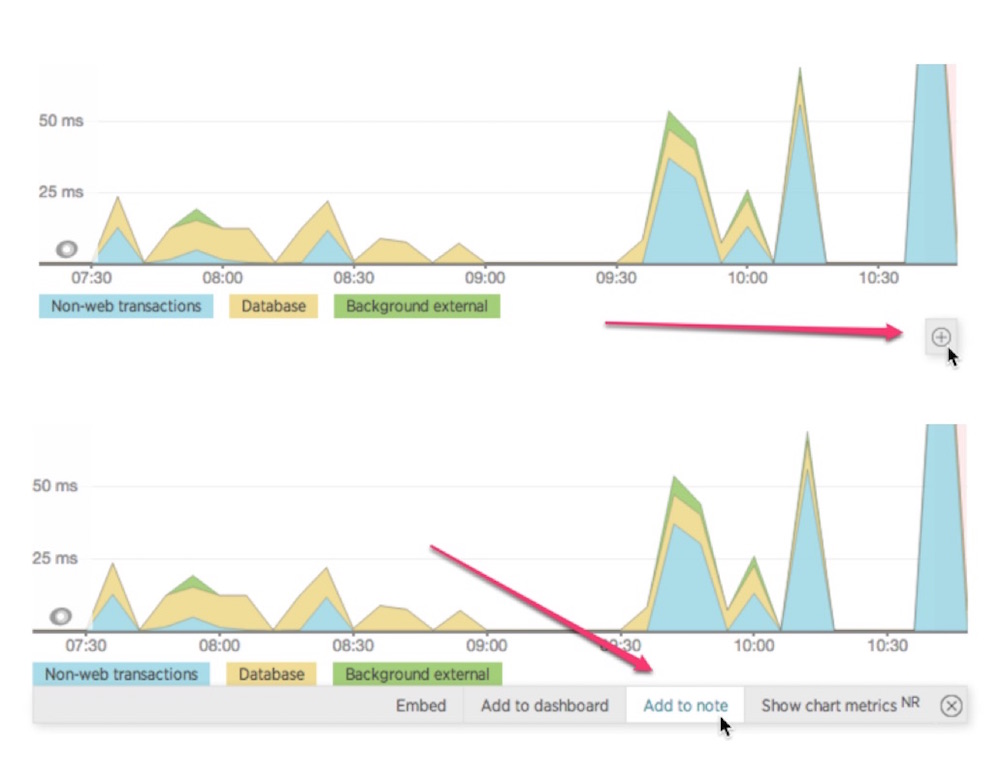 that’s about it. one more, thanks again to our friend the code berserker. if he decides to go off and add any more super-handy features, we’ll be sure to let you know!