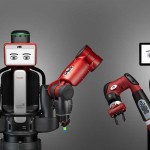 As machines are branching out into ever more unknown and unpredictable environments, so to is their ability to understand those environments improving.

I recently wrote, for instance, about a project called the Visual Genome, which aims to provide a hub for understanding how machines are able (or not) to understand the world they operate in.

Knowing What You See

“There’s an algorithm that will take a ton of pictures of one object and will put it in and compile it all,” they say.“Then we basically assign a number to it.” The robot “will come upon an object and it will say, ‘Oh, there’s an object in front of me, let me think about it.’ It will…find a picture that corresponds with the object, pick that number, and then it will be able to use that as a reference, so it can exclaim, ‘Oh, it’s a ball,’ ‘It’s a cone,’ or whatever object I had decided to teach it.”

Of course, whilst this project achieved some nice things, it’s still at a very early stage, but other projects highlight the tremendous progress being made.

Foremost amongst these is undoubtedly the high-profile video of Boston Dynamic’s Atlas device that was published last month.

The video, shared below, shows the robot capable of carrying out a range of tasks, under a variety of distractions.

“It uses sensors in its body and legs to balance and LIDAR and stereo sensors in its head to avoid obstacles, assess the terrain and help with navigation,” the company explain.

It’s clearly an area that is growing at considerable pace, with detectors in driverless cars proving particularly adept at identifying objects, whether other cars, pedestrians, or cyclists.

What’s more, it is becoming so good at detecting such objects that it is beginning to predict what objects will do next.  Hopefully, with companies such as Boston Dynamics operating within the Google stable will ensure a cross-fertilization of ideas between the two fields.