v-play 2.8.0 adds a range of features to the v-play engine for both game and app developers. the biggest change is the addition of qt 5.6.0, which was released on wednesday. besides the latest version of qt, there’s a brand new getting started tutorial and a number of improvements to the v-play apps sdk. update now to get all the latest features running on your machine!

if you’re new to v-play, you can celebrate the release of v-play 2.8.0 by taking a look at our brand new getting started tutorial. the tutorial covers everything you need to know to start developing with v-play.

the getting started tutorial introduces you to core concepts such as functions, property bindings, and component-based design. in the process, you’ll also learn how to make a simple cookie cutter game. this tutorial makes it easier than ever to start coding with v-play and make your own cross-platform apps and games.

the latest version of v-play now uses qt 5.6 . if you update your v-play installation with the maintenance tool, qt 5.6 will be automatically installed on your machine.

you can find out more about v-play and qt 5.6 support in our changelog .

v-play 2.8.0 includes a brand new sample game called durdles. durdles is a top-down shooter for two players with multiple levels, power-ups and different obstacles and opponents. check out the v-play sample launcher to find the full source code or try the game. 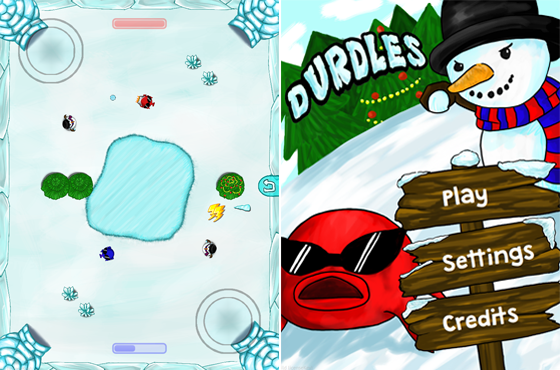 durdles is also available for download on ios and android .

there have been even more improvements to the v-play apps sdk , such as changes to the controls, a new app example and some updates for existing components.

the new app example is a login wizard that appears when a user initially launches your app. it helps to ensure that a user is logged into your app and enjoys full functionality during use. you can see an example of the login wizard in the v-play sample launcher. 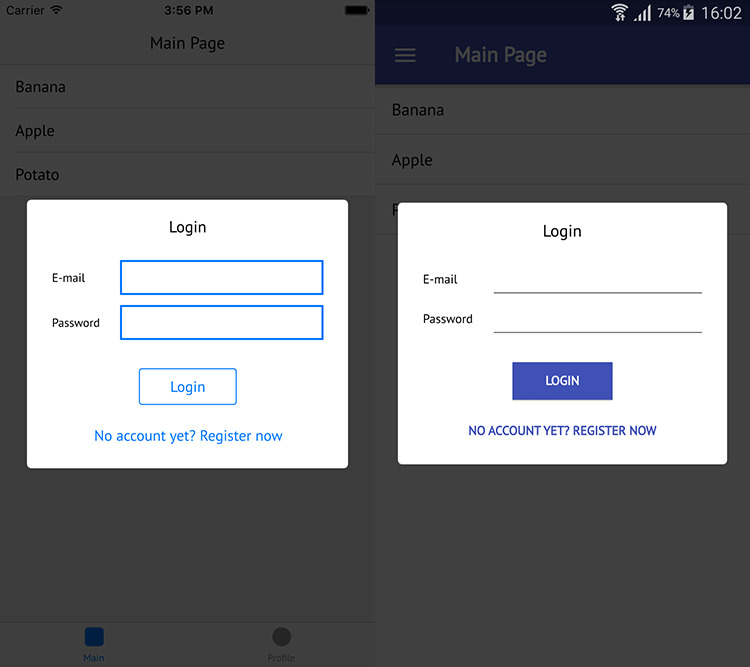 this new login wizard demo can also be viewed in qt creator. open a new instance of qt creator, then navigate to file>new file or project…>v-play apps>login application. after that you can configure the project as you like, just like all of the other wizards offered by v-play.

two new properties, app::screenwidth and app::screenheight , enable you to set the size of the content area within the application window on desktop platforms. these properties should be used instead of width and height, which refer to the total window size that may also include the v-play debug menu bar to change resolutions & simulate platforms at runtime.

you can also activate or deactivate the debug menu bar during app development with the app::menubarvplayenabled component.

for a full overview of the changes to v-play apps with v-play 2.8.0, take a look at the v-play changelog .

the debug menu bar sees some major improvements in v-play 2.8.0. you can now test the differences between screen resolutions on all of the v-play sample launcher examples and demos for both games and apps. incorrect scene scaling has also been fixed when using the debug menu bar.

v-play 2.8.0 includes a new way to set the display size of your app or game. this is achieved with the new properties screenwidth and screenheight . they allow you to set the size of the content area within the application window on desktop platforms. these properties should be used instead of width and height, which refer to the total window size that may also include the v-play debug menu bar.

test out these new features by following these steps:
step 1

open the v-play sdk maintenance tool in your v-play sdk directory. choose “update components” and finish the update process to get v-play 2.8.0 as described in the update guide.

if you haven’t installed v-play yet, you can do so now with the latest installer from here.

the v-play sample launcher allows you to quickly test and run all the open-source examples and demo apps & games that come with the v-play sdk, from a single desktop application.

now just select the demo apps link on the left or one of the game demos, and you can explore & copy the demo source code right from the sample launcher!