i recently came across some dsls which had some defects. let's look at a sample i quickly hacked together with xtext : 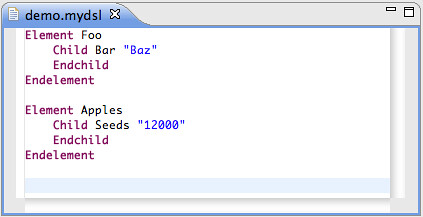 here are two recommendations i'd like to give when designing a textual dsl:

here is an improved version of the dsl script: 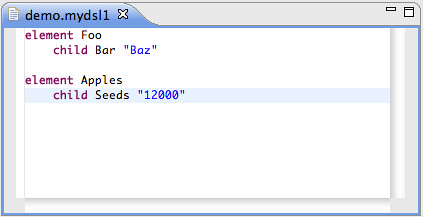 by removing the endelement and endchild keywords, we have improved readability a lot. using lowercase keywords has lowered the effort you need to invest to key in the dsl script. and - honestly - don't we all like to be lazy at times? after all, one of the goals of dsls is to make your work easier and more efficient.

by the way, if you need help designing a dsl with xtext - i and the entire xtext team are happy to assist you. just drop me a line (peter at itemis dot com) or hop on to our professional support site