In this article, I will describe NoSQL databases and explain when to deploy this powerful database solution. This is a "plain English" article, so I'll avoid resorting to jargon.

Why Not Use Hadoop?

While Spark SQL, Impala, and Hive are potential solutions for interactive analytic queries across petabyte-sized data sets, they have severe limitations:

Where fast random access and OLTP-like functionality are needed, the most sensible solution is a traditional relational database; but while processing semi-structured data or internet-scale throughput, there's an alternative database class available: the NoSQL database.

There are literally hundreds of options available, each with different strengths, but NoSQL databases tend to:

Note: NoSQL databases tend to be open-source (in most cases) and may run on Hadoop HDFS, although some databases also run stand-alone and independent.

OK, before you nod off to sleep, bear with me. This is a simple concept with practical implications for any big data project.

Let's take a typical big data architecture problem. Assume you're designing a sales support system for a globally distributed workforce in London, New York, and Singapore. You need to provide the latest sales totals by the customers to help support your clients. You need sub-second response times on a screen with a maximum transaction latency of 30 seconds. That means a transaction posted in London must be visible in Singapore within 30 seconds.

As we need sub-second response times, we need a cluster of machines at each of the three locations and with data replication between them.

We have three primary challenges:

Can you see the problem with the requirements above? They're partly mutually exclusive. 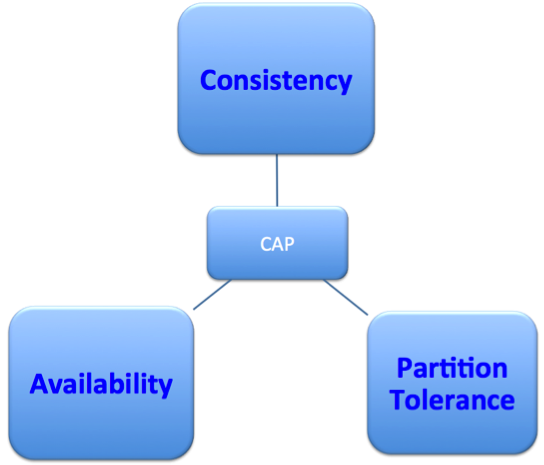 For example, if the link to Singapore fails, you cannot ensure transactions in Singapore are correctly reflected in London — the consistency requirement is broken. Likewise, if you insist on 100% data consistency, you cannot guarantee 100% availability if the link between data centers fails.

The CAP Theorem (first presented by Eric Brewer in 1998) indicates that you have three requirements. Put simply, you need to choose any two and compromise on the third.

A typical relational database is deployed on a single server and sacrifices partition tolerance in favor of consistency and availability. Likewise, any distributed NoSQL database must choose between two of the three.

Based on a Google solution (BigTable), this is a column-based key-value store for very low latency processing on a massive scale. Random direct access is available via a single predefined key, and data changes can be automatically versioned as entries are updated.

Best suited to high volume transaction processing on massive datasets, HBase is used by Facebook to process 80 billion transactions per day on the Messenger application, with a peak throughput of two million operations per second. Like most NoSQL solutions, HBase is an excellent solution for high-volume OLTP processing, provided access paths to the data are direct access using a single key.

Conversely, HBase is a poor solution for data warehouse applications, which require analysis over millions of rows and where inserts tend to be batch operations with few updates. 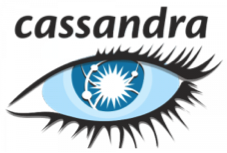 In terms of CAP, HBase favors consistency and partition tolerance over availability. HBase is a highly reliable solution, but it relies on a single master node to guarantee availability. However, as data is hosted on HDFS, there's almost zero risk of data loss, even after a hardware failure. Even a Master Node failure is normally recovered within seconds of a failover.

It's ironic that in Greek mythology, Cassandra had the gift of prophecy but was cursed by Apollo to always tell the truth, because Apache Cassandra compromises on data consistency.

Its primary strength is its guaranteed availability and its ability to be deployed in a geographically distributed solution. It does, however, support eventual consistency between nodes by default.

In the example of the analytic sales system above, it means transactions posted in New York will eventually be posted to London and Singapore, but there might be a slight delay. However, this means that if connectivity to New York is temporarily lost, each site will remain available and consistency automatically reestablished once the problem is resolved.

Clearly, if you're running a bank payments system and managing global financial transfers, this is not an appropriate solution — but most use cases don't demand 100% consistency every time. There is the option to insist upon consistency for a particular application (i.e. cash withdrawals), but this means those transactions will fail if connectivity to other machines is down. As above, the CAP rules apply.

Similar to HBase, Cassandra is designed for high transaction-processing velocity, and data can be replicated across geographically dispersed clusters, which suits this kind of use case. Cassandra has its own SQL-like interface (CSQL) but can also be accessed directly by Apache Spark.

Unlike most open-source NoSQL databases, MongoDB is built and supported by a corporation, so it benefits from full vendor support. Its name is a play on the word "humongous," and like many other NoSQL databases, it scales to petabyte-sized datasets.

The unique strength of MongoDB, however, is its ability to handle unstructured and semi-structured data; for example, text documents and JSON files. It's remarkably flexible and is capable of supporting multiple indexes (including document indexes).

Like HBase, it favors consistency and partition tolerance over availability, as it uses a single master node. It is, however, a highly reliable solution, and eBay uses it to deliver media metadata with an availability of 99.999%. It integrates well with Hadoop and Spark but it can also be deployed standalone.

When to Consider NoSQL

NoSQL solutions are best considered when you have:

When to Avoid a NoSQL Database

The economist Milton Friedman is quoted as saying "there's no such thing as free lunch," and that's true of almost any technology option, including the NoSQL database. Keep in mind the following limitations:

All the above means that NoSQL databases are not a suitable replacement for a general-purpose RDBMS or for ad hoc queries. As a fast, scalable solution to support real-time data ingestion via a unique key, they're a great solution, but beware of the limitations.

While researching this article, I found an additional class of databases: the NewSQL database.  This appears to have all the low latency, high velocity advantages of a NoSQL database with the added advantage of full ACID compliance and the flexibility of the relational data model. There are a number of options available including VoltDB, MemSQL, CockroachDB, and Google Spanner, and I'll cover them in another article.

You could argue (and Oracle will) that a relational database solution will satisfy most, if not all, of the above requirements, and the simplest solution is (by far) the best to adopt. However, it's no longer a case of "one size fits all," especially when your data sizes approach the petabyte scale.

Do keep in mind, though: keep it simple.

How to Choose the Right Database Among Cassandra, MongoDB, and MySQL for Your Applications

Quick Notes: What is CAP Theorem?