although he hadn’t heard of the targetprocess contest beforehand, robert just had to win the ipad for his autistic daughter. we never imagined that a simple contest on our facebook page would bring such joy to someone — but we are delighted and touched that it did.

robert j. walker from mindshare technologies happened to be making some adjustments to their kanban board , when a colleague of his suggested that he submit his board to the competition. ‘what competition?’ wondered robert, but went ahead and submitted it anyway — and won. what of the ipad?

targetprocess : how do you use the board?

robert : at my company, we wanted to make use of a kanban board as a passive “information radiator,” something we could have up somewhere conspicuous, allowing anyone to walk by and see the status of the user stories and bugs we were working on. our first pass on this was using a whiteboard and sticky notes. this fulfilled its purpose, but it meant that jon grover, our project manager, had to maintain the same items in both targetprocess and on the whiteboard, which felt like a pretty significant waste of effort for someone who already had plenty to do. targetprocess comes with a kanban page, of course, but its design is geared more for interactive work at a computer, and not so much as an information radiator. 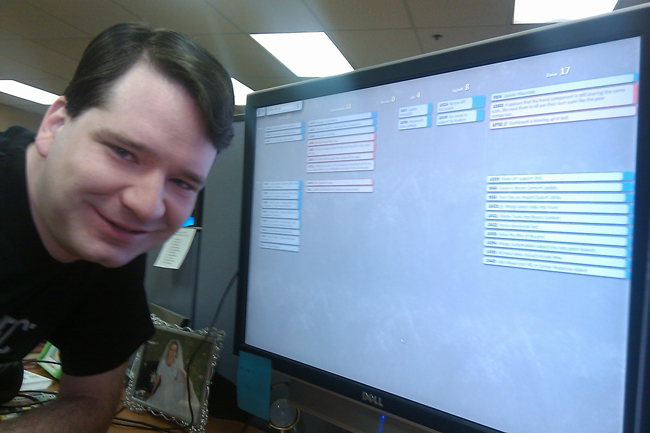 because i found the project interesting, i spent some free time writing what eventually became our kanban board. it periodically queries targetprocess for the data, so jon doesn’t have to worry about keeping a separate board up-to-date. assignable items are shown as little numbered “tickets,” blue for user stories and red for bugs. effort for those items is shown as a colored “tail” on the item; the longer the tail, the more effort that item has. the boards columns represent phases in the development process, and the effort in each phase is subtotaled at the top. this view is great for seeing the big picture across the entire development department, especially for seeing where bottlenecks are occurring.

it can also be filtered down to a particular iteration or team. in this view, there are fewer items on the screen, so the board allows you to expand the tickets to display the description of each item as well to make better use of the available space. this is great for our individual team stand-up meetings. you can also click on a ticket to view more details, jump directly to that item in targetprocess, or change its state. we have a new development area with a touch screen in the meeting room, and with a few tweaks i was able to make the board work very nicely with a touch interface.

targetprocess : how you learned about the contest?

robert : if i remember right, i had made a couple of changes to the kanban board and was showing them to jon. he said, “you really should enter this into targetprocess’s contest.” i didn’t know about the contest, or even that targetprocess was on facebook! he filled me in, and he and others on our dev team urged me to enter.

targetprocess : how do you feel about winning?

robert : i have a 5-year-old daughter with autism. she’s very bright and my wife has worked very hard with her to help her improve, but she still struggles with communication and social problems. the ipad has been in the news a lot lately as being a remarkable tool in autism therapy. when i heard that the prize for this contest was an ipad, i knew i had to try and win the contest for my little girl. i’m so excited to be able to give this to her and am really looking forward to seeing the things that she can do with it. 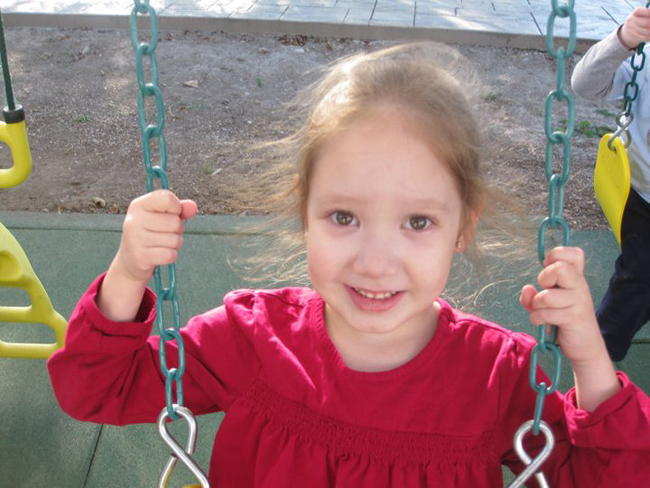 one last thing:
robert does have one request though, one which we are more than happy to help with - april 2 is the fourth annual world autism awareness day . in commemoration, prominent buildings all over the world will be lit in blue light and many people will wear blue to raise awareness of autism and the struggles of those who have it. you can learn more about the event at their web site: http://www.lightitupblue.org .

once again, thanks to robert for sending this in, congratulations on winning, and we would love to hear how the ipad works out for you!