We are shipping a native Octopus Deploy plugin for Atlassian's Bamboo build/continuous integration server. This new add-on allows you to easily configure your build plan to pack applications for deployment, push packages to Octopus, create, deploy and promote releases in a first class way. This makes it easy to integrate Bamboo and Octopus to build your deployment pipeline and take advantage of the great features in both products! 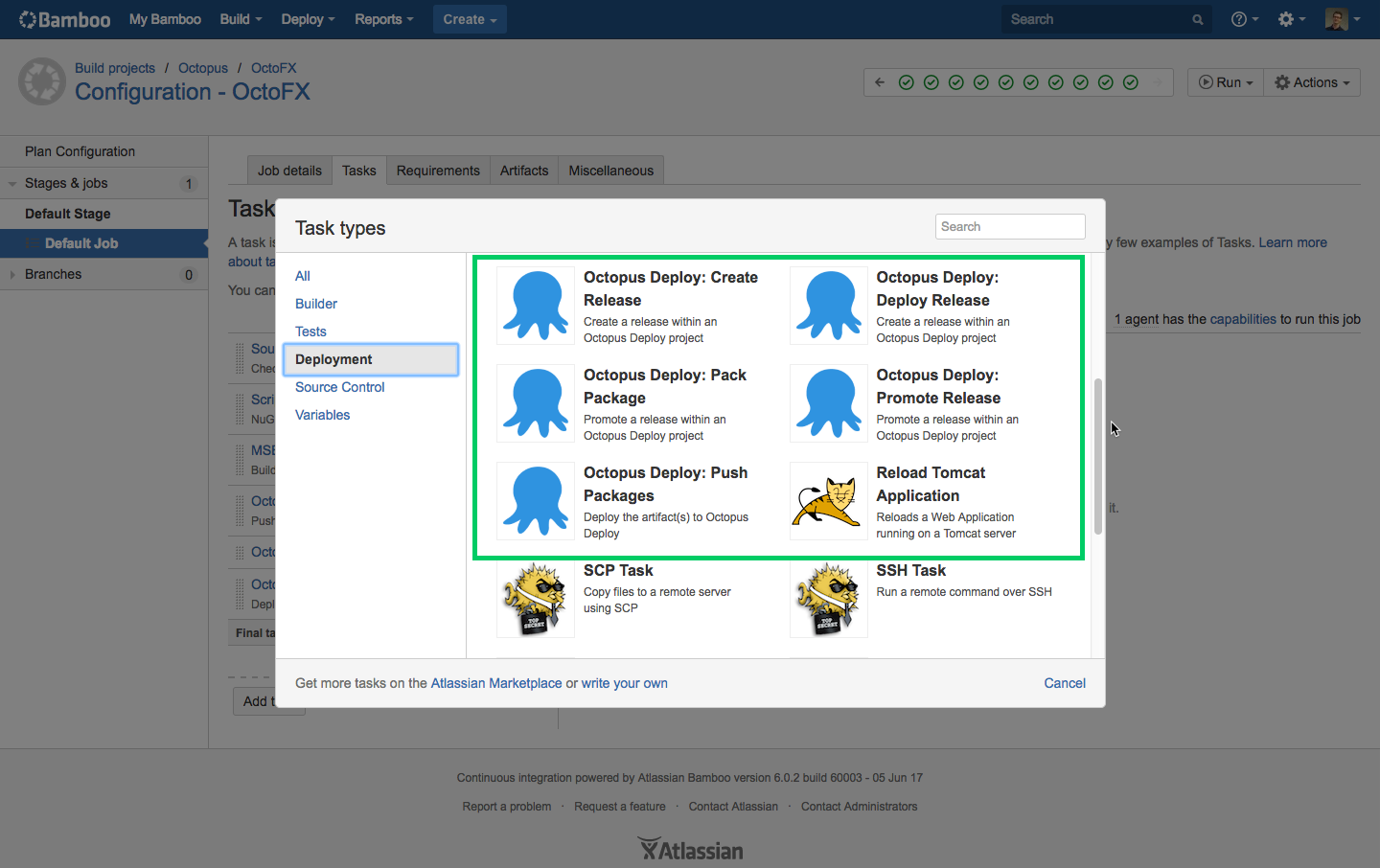 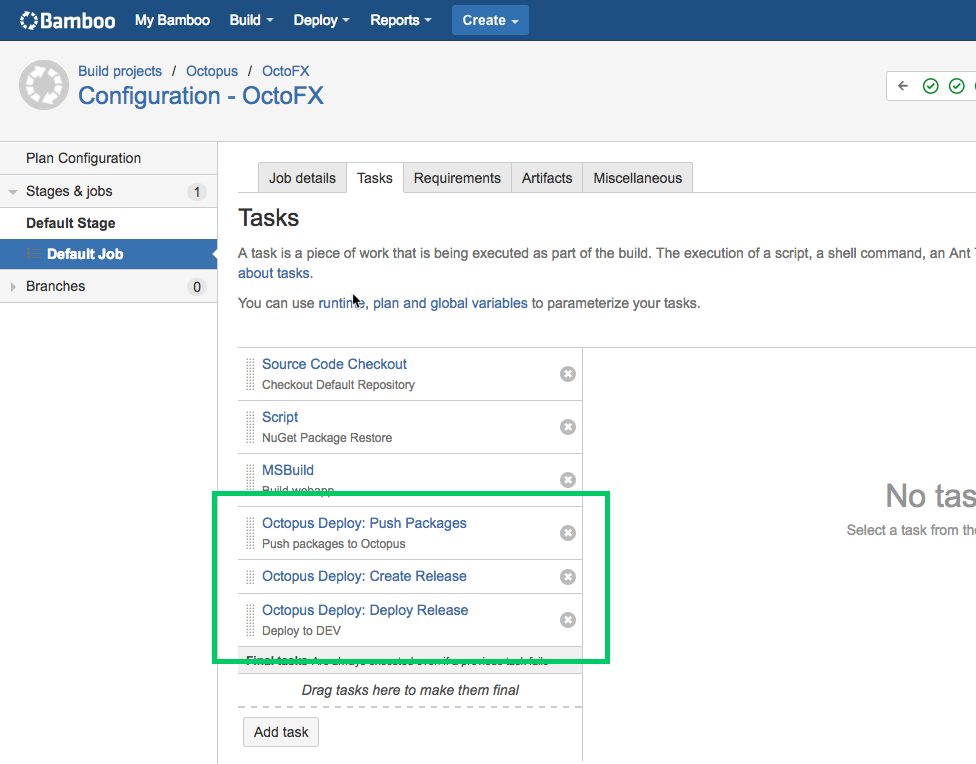 The plugin is available on Atlassian's Marketplace, and if you use Bamboo with Octopus, we highly recommend checking it out.

We've updated our ‘Deploy to IIS’ step to add support to control how your web apps and app pools are started after a successful deployment. This is available when configuring Web Sites as well as Web Applications. This is a great addition to one of the most popular steps.
New option for Web Site: 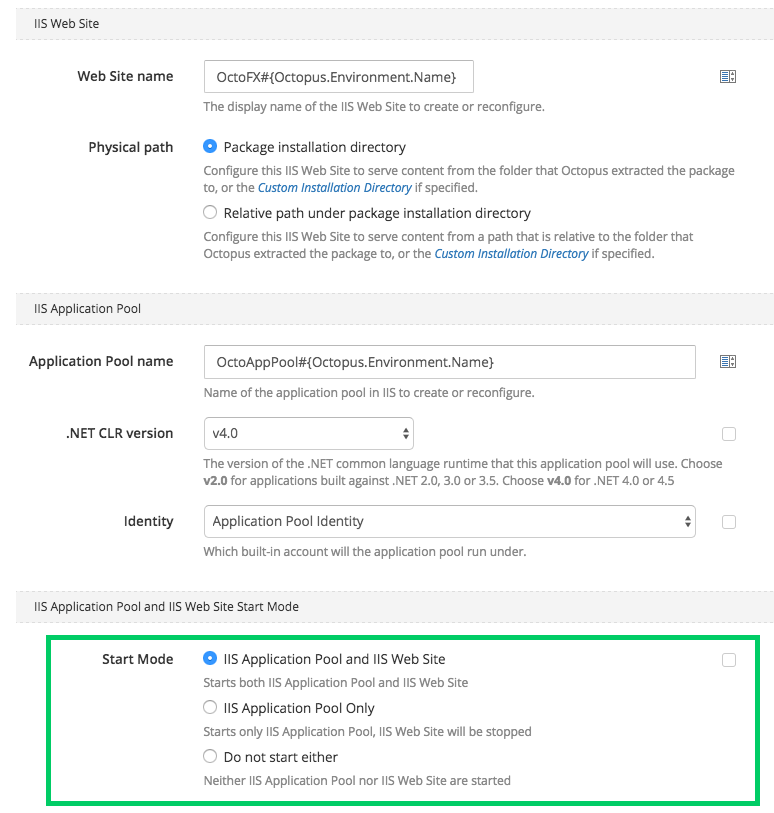 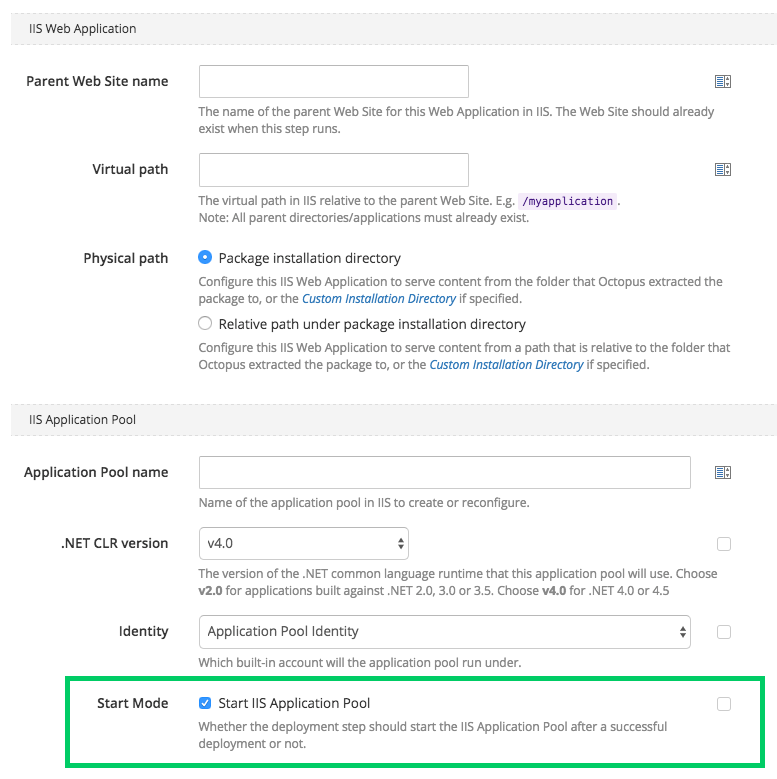 As promised in our blog post on shattered, we have updated our certificate generation to use SHA256, rather than the previous SHA1. This ensures any new installations or regenerated certificates will use SHA256, but will not affect any existing certificates. We will be rolling out features in the near future to make it easier to replace older certificates.

Until now, we have always released a new version of Tentacle with every version of Octopus Server. Today we split the Tentacle!

With each release of Octopus Server, we also released a version of Tentacle. As a result, every time you upgrade your Octopus Server, you have been prompted to upgrade all of your Tentacles. In the majority of our releases, we have made no changes to Tentacle.

What Does This Mean for You?

Fewer Tentacle upgrades! Since the release of Octopus 3.0, there have been a few small tweaks to Tentacle, mostly adding new commands and minor changes to the communication stack. Octopus Server v3.x is compatible with all Tentacle 3.x versions. We hope splitting the Tentacle helps relieve some of the hassle and friction involved with upgrading Octopus and provides better communication about changes to Tentacle.

We aim to give Tentacle and some of our other open source repositories their own release notes to save you having to sift through the Octopus Server release notes to find items of interest. We will also give you the ability to automatically upgrade your Tentacles as soon as a new Tentacle version is released rather than having to wait for the next Octopus Server release. 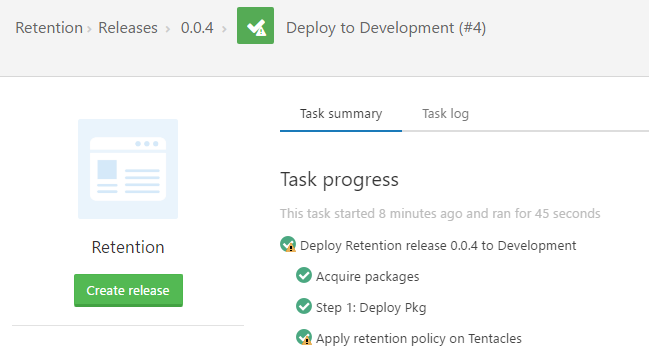 In this release we have made further improvements to the general performance of Octopus:

Every Octopus customer should benefit from these improvements, but especially those with larger installations.

Whenever we needed to change the database schema, those changes would be applied when the Octopus Server started up, by the Octopus Server account, somewhat invisibly to any users. This hasn't provided the best experience for customers with large installations or those using Octopus High Availability clusters, or those who want a different security model. Now when you upgrade Octopus to 3.14.x, or newer, the database schema upgrade will be performed automatically after the installer completes, clearly showing the progress of the schema changes.

This may not affect many customers, but enables some advanced scenarios where you can grant limited privileges to the Octopus Server account, and grant schema change privileges to a special account used for installation.

There are no breaking changes in this release, but it may be worth noting we have adjusted the SQL database schema upgrades as we discussed above.

If you see an error message like this after the installer completes, you can start the Octopus Server just like before and let it perform the schema upgrades.

All of the usual steps for upgrading Octopus Deploy apply. Please see the release notes for further information.

That’s it for this month. We hope you enjoy the latest features and our new release. Feel free to leave us a comment and let us know what you think! Happy deployments!