a dream is coming true. a dream where all the debugging you’ll ever do on your developer box is going to be in a single tool – visual studio.

in a later post, i will discuss device driver development in visual studio 11, which is another dream come true. for now, let’s take a look at how visual studio can open kernel crash dumps and perform crash analysis with all the comfy tool windows and ui that we know and love.

to perform kernel crash analysis in visual studio 11, you will need to install the windows driver kit (wdk) on top of visual studio. go on , i’ll wait here.

visual studio will load that dump file and open the initial analysis window – which is a new tool called debugger immediate window . 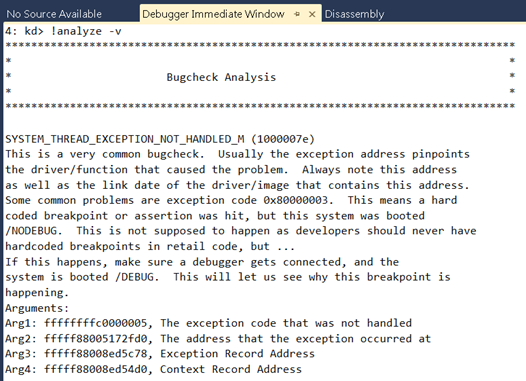 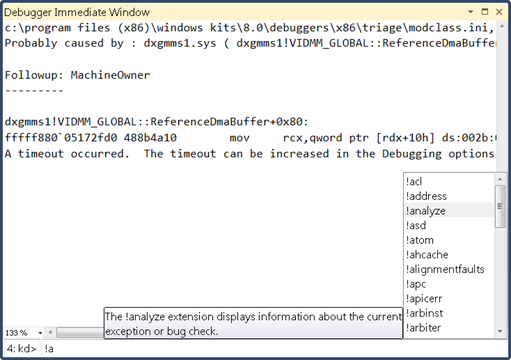 in case you’re wondering, there is still room for windbg as a standalone tool. the obvious difference between windbg and visual studio – other than usability – is installation size. you can copy windbg over to a machine or run it from a usb stick, which is amazing in a production environment. so no, windbg isn’t redundant yet, but visual studio has just earned itself some street cred in the most hardcore debugging circles.