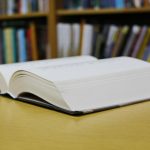 open science is a topic i've covered numerous times on this blog in the past, and there is a growing acceptance of it in government circles. the eu has produced a number of reports on the topic, and a recent paper by the national academies of science, engineering, and medicine adds the united states to the mix. the authors believe that open science should be a fundamental part of any researchers work.

the report begins by highlighting the value open science brings in terms of transparency, reliability and the support for collaboration and, subsequently, discovery itself. the reliability issue is particularly important at a time when there are numerous concerns around replicability of research.

they also believe that open science helps to extract greater value from research by allowing data to be reused rather than duplicated. this openness allows for research to become much more collaborative, with researchers from various disciplines working together on a challenge.

"increasingly, addressing complex problems of interest in science and society requires a multitude of methods and scientific results from different communities. this interdisciplinary work will be greatly aided by open, searchable, digital results that are made more available across communities," the authors say.

to achieve this will require robust data governance, however, and the report recommends data management be findable, accessible, interoperable, and reusable (fair). it will also require growth in investment in infrastructure to enable data sharing, but the authors are confident that the investment will yield strong returns.

suffice to say, opening up science will be a gradual process of culture change, with numerous barriers to adoption to overcome, not least of which are the researcher incentives that can work against open science. rewards at the moment don't really incentivize open working, and this will continue to drag down progress until it's rectified.

"universities and other research institutions should move toward evaluating published data and other research products in addition to published articles as part of the promotion and tenure process. archived data should be valued, just as the publications that result from them are valued," the researchers say.

the report concludes with 5 recommendations that they believe will move things forward: