In this post, I’ll look for the bottleneck that prevented the performance in my previous post from achieving better results.

The powerful machine I used in the tests in my previous post has a comparatively slow disk, and therefore, I expected my tests would hit a point when I couldn’t increase performance further due to the disk speed.

Even though I expected my tests would stop increasing in performance due to the disk speed, I did not observe high IO rates in the iostat output. I already tested with a full dataset that fits in memory. In this case, write performance only affected data flushes and log writes — but we should still see a visible decrease in speed. So, I decided to try RW tests totally in memory. I created a ramdisk and put the MySQL datadir on it. Surprisingly, results on the SSD and ramdisk did not differ.

I asked my colleagues from Postgres Professional to test PostgreSQL with the ramdisk. They got similar results: 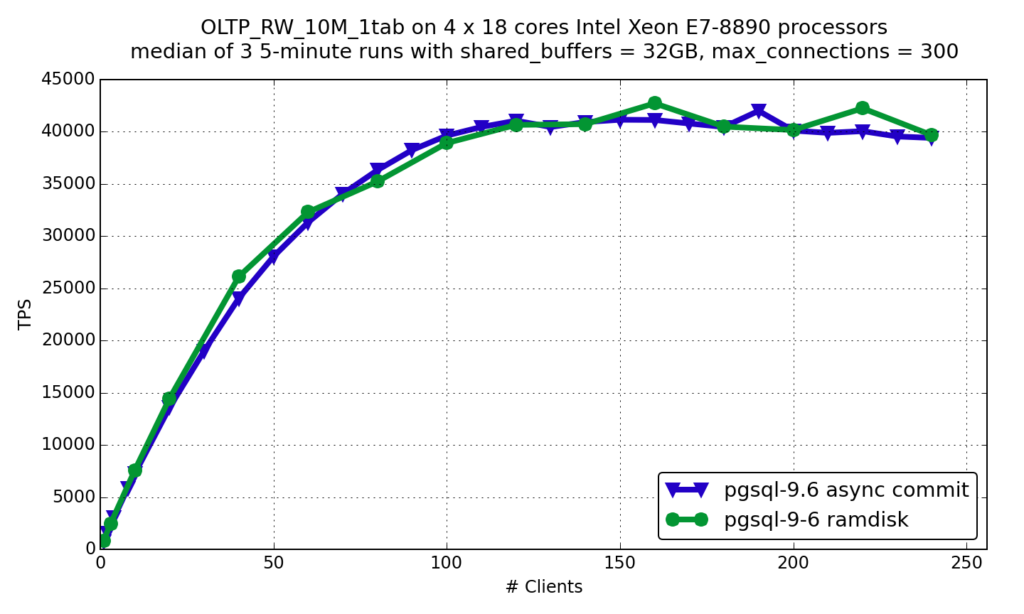 It’s interesting that the value of innodb_io_capacity does not have any effect on this situation. Data for the graph below was taken when I ran tests on ramdisk. I wanted to see if I could control the IO activity of a disk, which is extremely fast by default, using this variable. 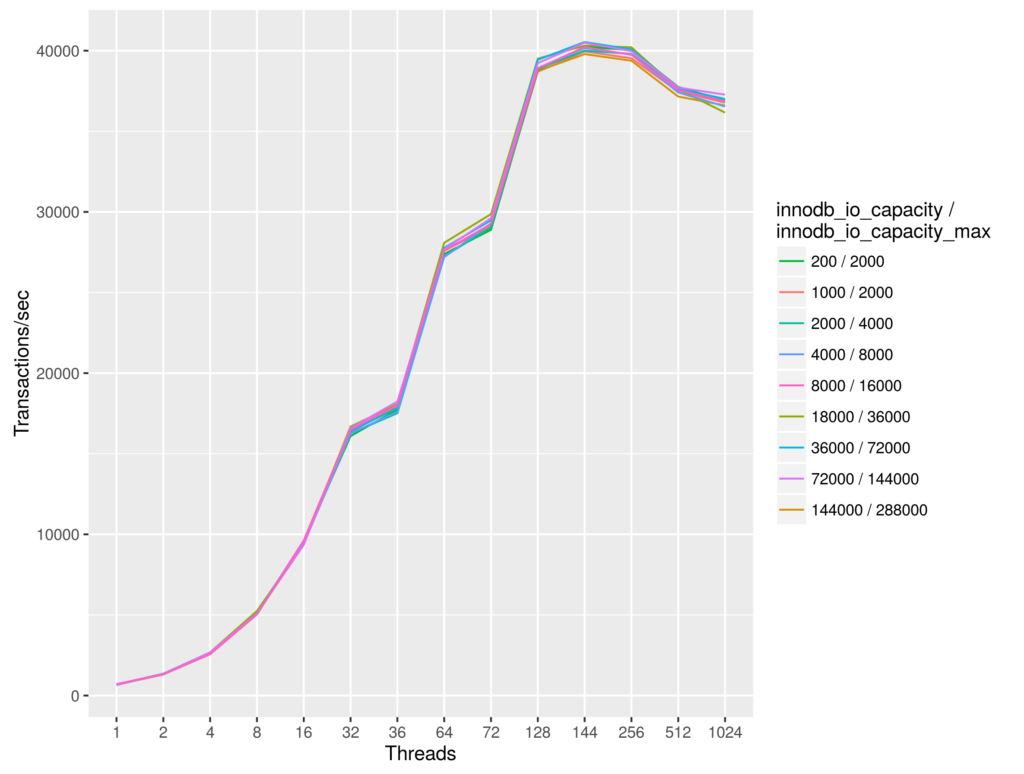 This totally contradicts all my past experiences with smaller machines. Percona re-purposed the machine with a faster disk (which I used before, described in this post), so I used a similar one with slower disk speed. 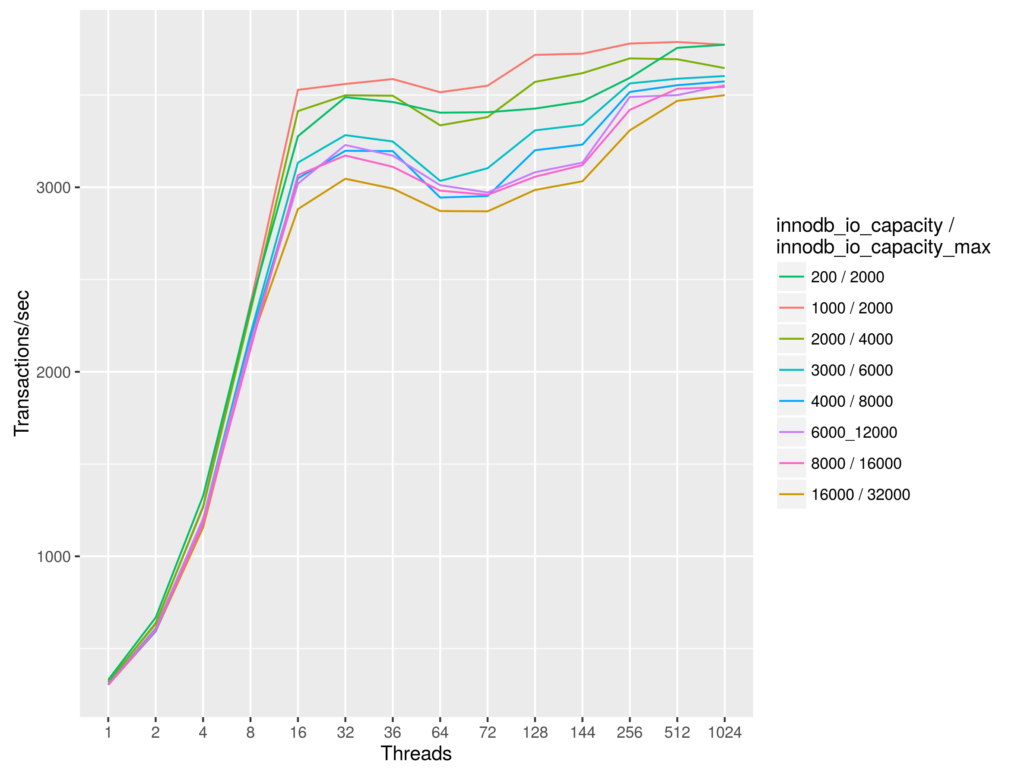 Both MySQL and PostgreSQL on a machine with a large number of CPU cores hit CPU resources limits before disk speed can start affecting performance. We only tested one scenario, however. With other scenarios, the results might be different.