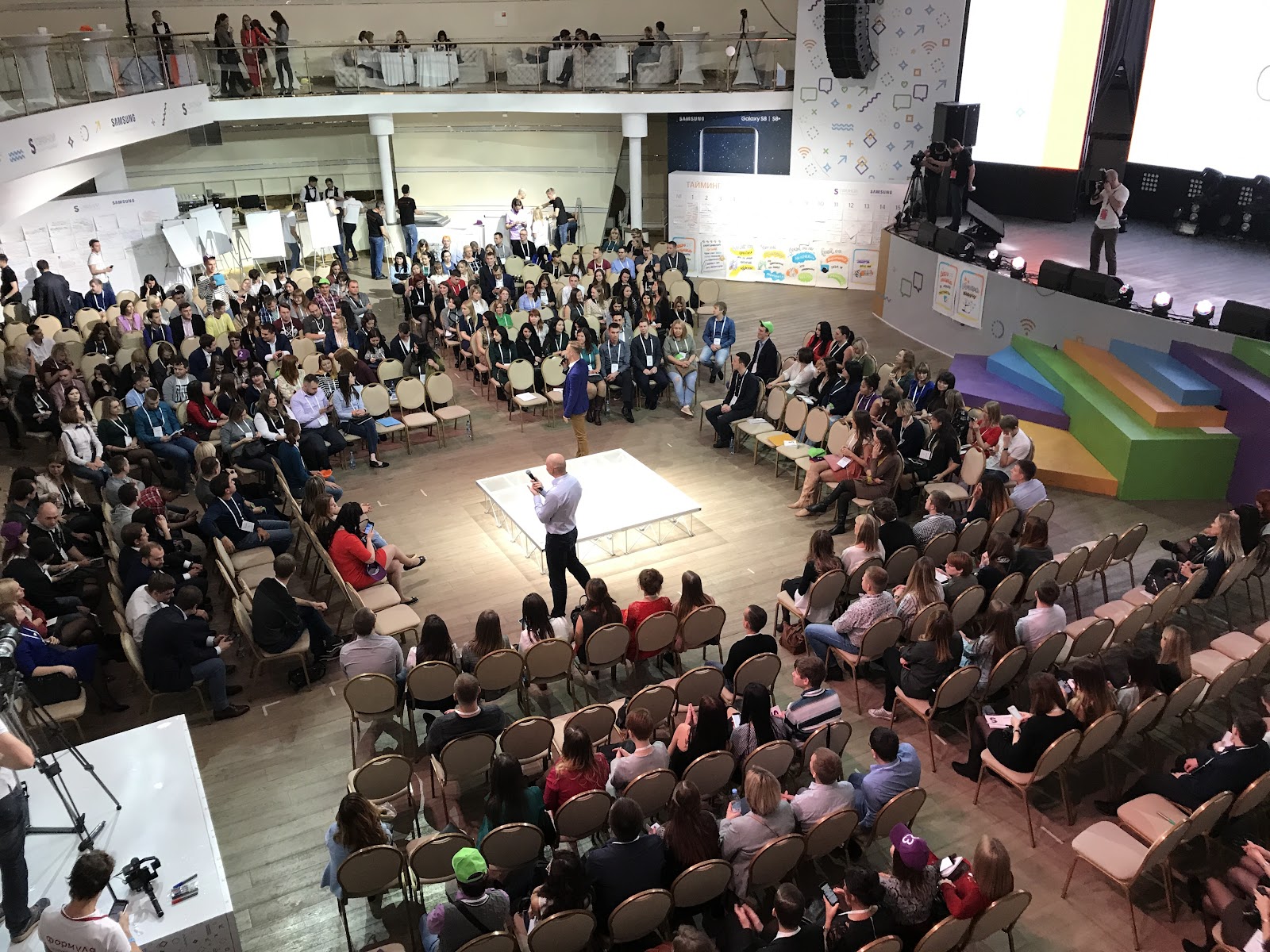 I have been actively using the Open Space technology for several years and I want to tell you how it can be effectively used in the context of Scrum, Agile transformations and similar initiatives.

What Is Open Space?

Open Space is one of the methods that allows organizations to make inspirational meetings and events. I was lucky enough to use Open Space in various contexts, with Scrum teams. The concept has always worked.

Open Space works best when it’s used for complex work, people are divided, and the solution was needed yesterday.

Open Space is based on passion, responsibility, and self-organization. Therefore, people can participate in it only by their own will. Be sure to emphasize this in the invitations that you send prior to the start of the Open Space. One rule and four principles are in place during the event:

Participants can move any place within the Open Space if they feel that they are not interested. We call it the Law of Two Feet. The Law of Two Feet means you take responsibility for what you care about — standing up for that and using your own two feet to move to whatever place you can best contribute and/or learn.

The classical version of the Open Space implies a single facilitator. But we have always worked in a team and I have never regretted it. The team helps the main facilitator to prepare the space, to follow the dynamics of the discussions and to give feedback. And of course, it's more fun together.

Gather everyone indoors and make them sit in a circle. If there are many participants (hundreds, thousands), then there will be several circles. The facilitator welcomes the participants, explains the principles of the Open Space and what needs to be done at the moment.

To make a topic for discussion, a participant goes to the center of the circle, writes the subject of his topic on the sheet, says it into the microphone and pastes it onto any free cell of the schedule. The initiator of the topic is responsible for ensuring that the discussion takes place and also for the filing in the discussion report which is held in the following format: initiator, main theses, participants in the discussion. He puts the completed report on the news board. 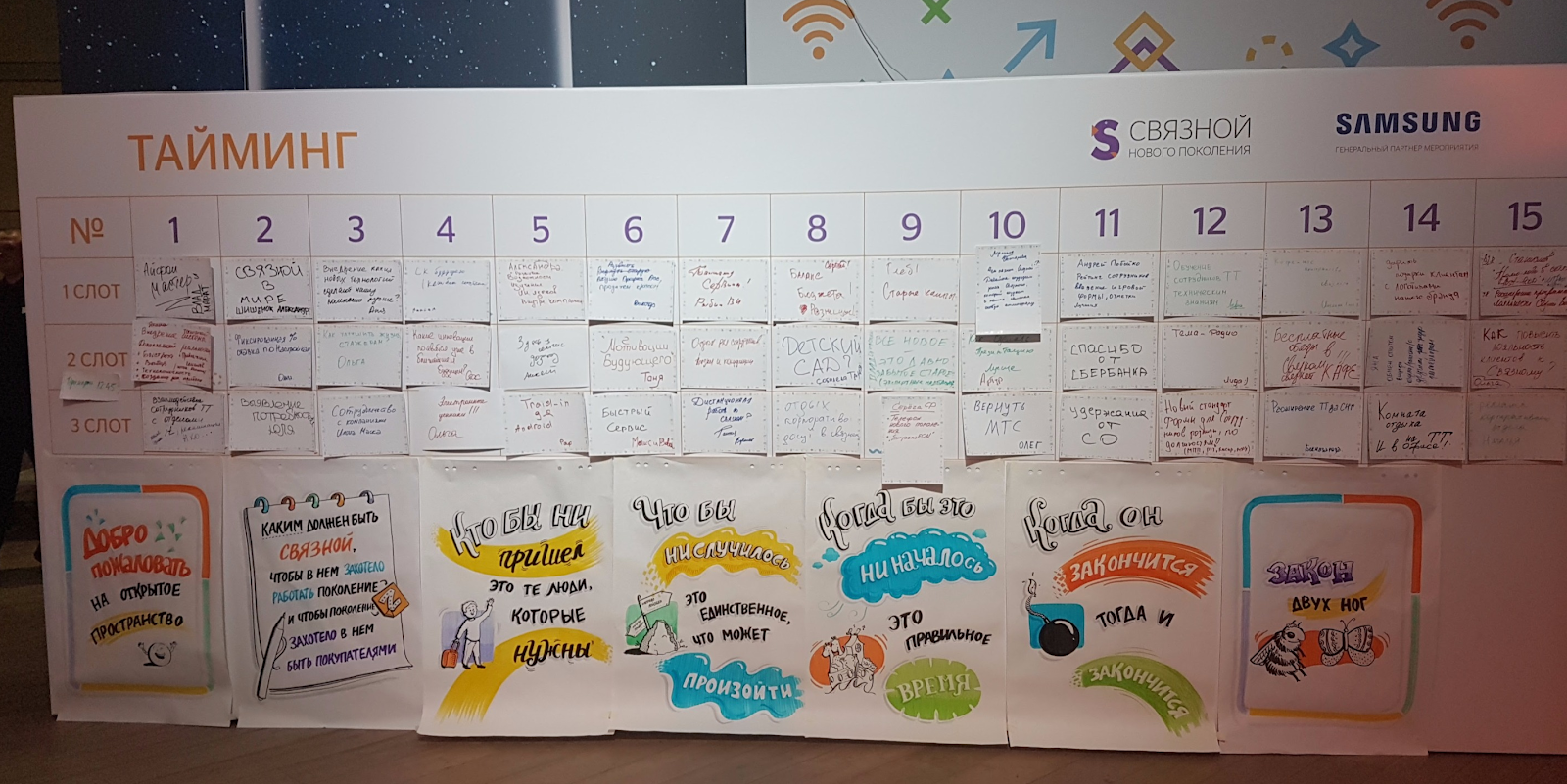 After explaining the rules, the facilitator puts the microphone in the center of the circle and pauses. The participants begin to stand up one by one and offer topics for the discussion. People often ask me: "What should I do if nobody comes to the center of the circle?" I've never seen this. If people came to this meeting voluntarily, then they have something to say.

Then, the facilitator invites all participants of the Open Space to the board with a schedule where they can put their names in the slots of their choice. By agreement, you can combine and change the schedule. From the outside, it looks like an open market where people are trading with one another.

The initial phase for a big Open Space (hundreds of people) usually takes between an hour and an hour and a half. After the initial phase, the active participation of the facilitator ends. From that moment on, he becomes more of an observer and a keeper of the space where the participants hold discussions independently.

During the closing of the Open Space, the participants return to their seats and while passing a microphone to one another, share all the important and valuable things that they have learned at the Open Space.

Where to Apply Open Space

Retrospective, coordination between teams in a scaled environment. Open Space is one of the great practices that you can take on if you have multiple Scrum Teams working on a product. Invite all the teams in the same room and start an Open Space event to let people generate solutions to problems that really concern them.

For example, with the help of the Open Space, we managed to choose the best chairs for our office (yes, it was important in this context). We also managed to choose practices for coordination between several Scrum Teams and to create an organizational structure using Open Space method.

Meetings for 10 people or more. I successfully used the Open Space format for the productive organization of a meeting of twenty-five testers in one of the companies where the Agile transformation took place. And in another company, I conducted a large Open Space for 500 people where the employees generated project initiatives for the whole company.

Meetup, the conference.  Open Space has proven itself at the Scrum Meetups of 30-180 participants, which I’ve organized. It's amazing how many different insights can be received from the interested people who are united by a common passion and desire to change something. Photo below shows a big Open Space launched after the new Scrum Guide 2017 presentation in Moscow. 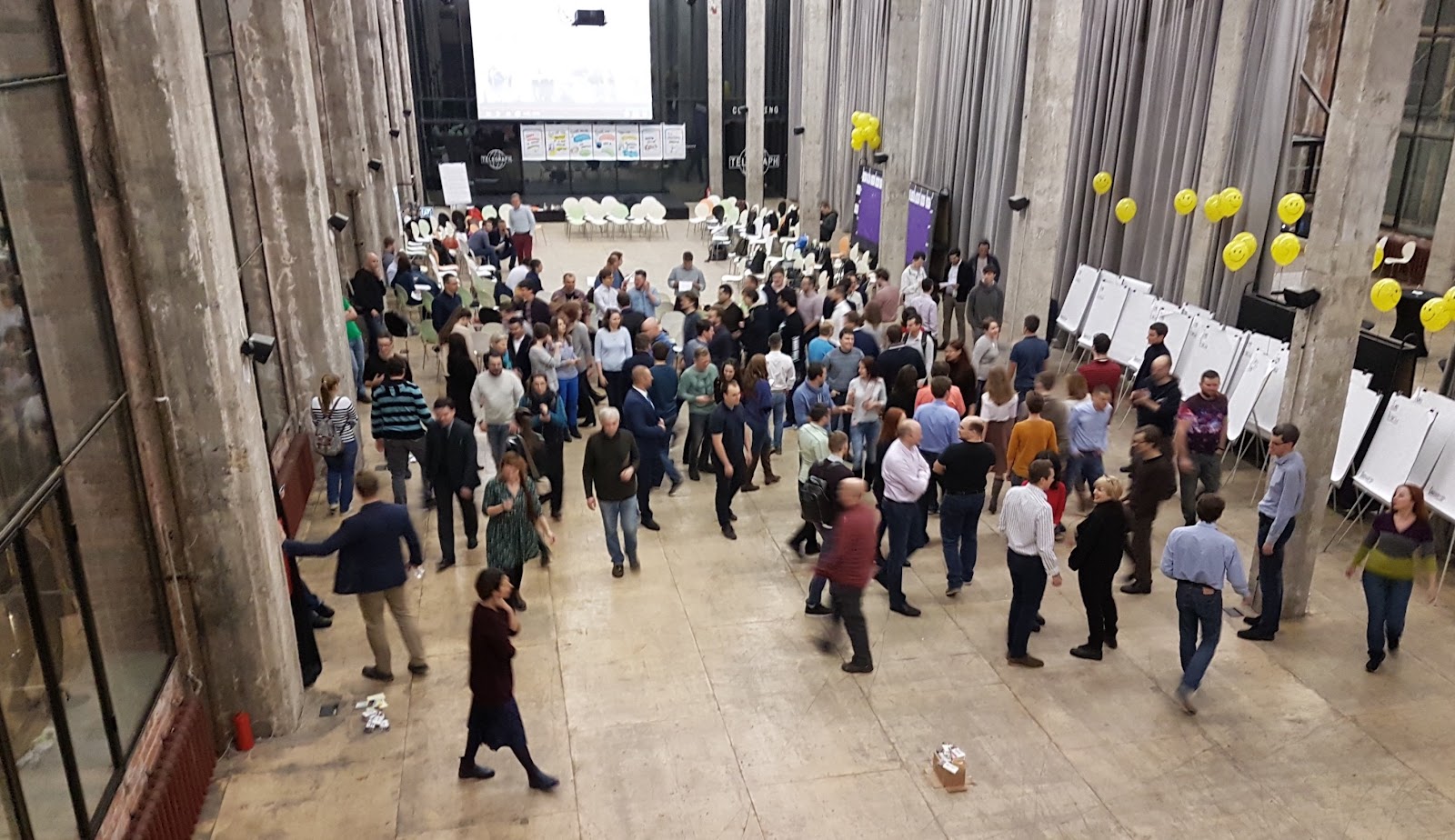