The verdict is in once again on the Oracle vs Google lawsuit regarding Google's use of Java in Android, and no sooner was Google declared the winner than Oracle announced their intent to appeal (at least) once more. The reaction to the verdict has been widespread in technology circles as one would expect, although the reaction is fairly one-sided (see thread examples here and here).

In reading some of the reaction on a range of site, I'm not seeing much (any?) sympathy for Oracle's loss, which might seem odd in a case like this. If you think about high-profile copyright/patent cases or questions of ownership in other industries, the public sympathy tends to be with the owner/creator. Remember Ice Ice Baby? (I'm trying to forget). The public was happy to see Vanilla Ice paying Queen royalties for using their song. Human nature in these types of cases would make one inclined to be behind Oracle, but this is a different case. 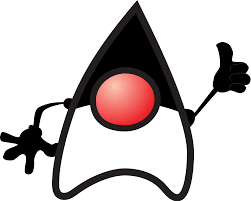 There could be several explanations for the one-sided reaction. A few theories...

The implications from verdicts of cases like these can impact the entire industry. In this particular case, it seems that most of the industry would just like it to end.