for a bluemix devops workshop, i’ve prepared a deck that gives an overview of the continuous delivery functionality in ibm bluemix .

one of the things i like about bluemix continuous delivery is the concept of open toolchains . while ibm used to have its own tools for basically everything, with toolchains you can integrate third party tools as well as open source tools. tools in the toolchain can communicate between each other, for example after a successful jenkins build fixed issues in github can be annotated automatically with deployment information.

this screenshot shows the tools that can be used in toolchains. 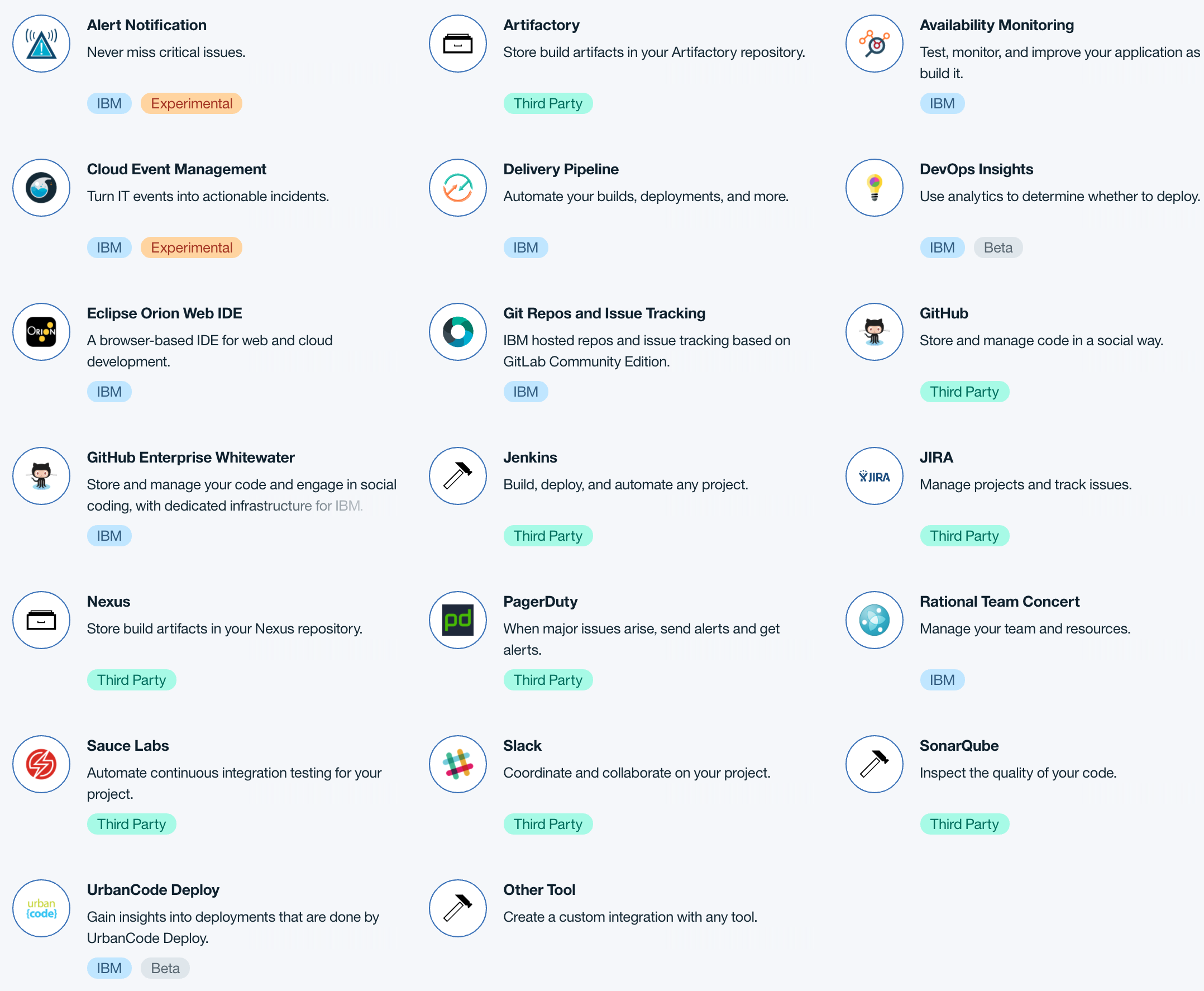 here is my deck, continuous delivery with ibm bluemix . for the parts that i’ll demonstrate, i’ve taken screenshots and added annotations.

while preparing for the workshop i discovered two new features that i think are worth highlighting. the first one is a new builder type for kubernetes to easily deploy your apps to your clusters. 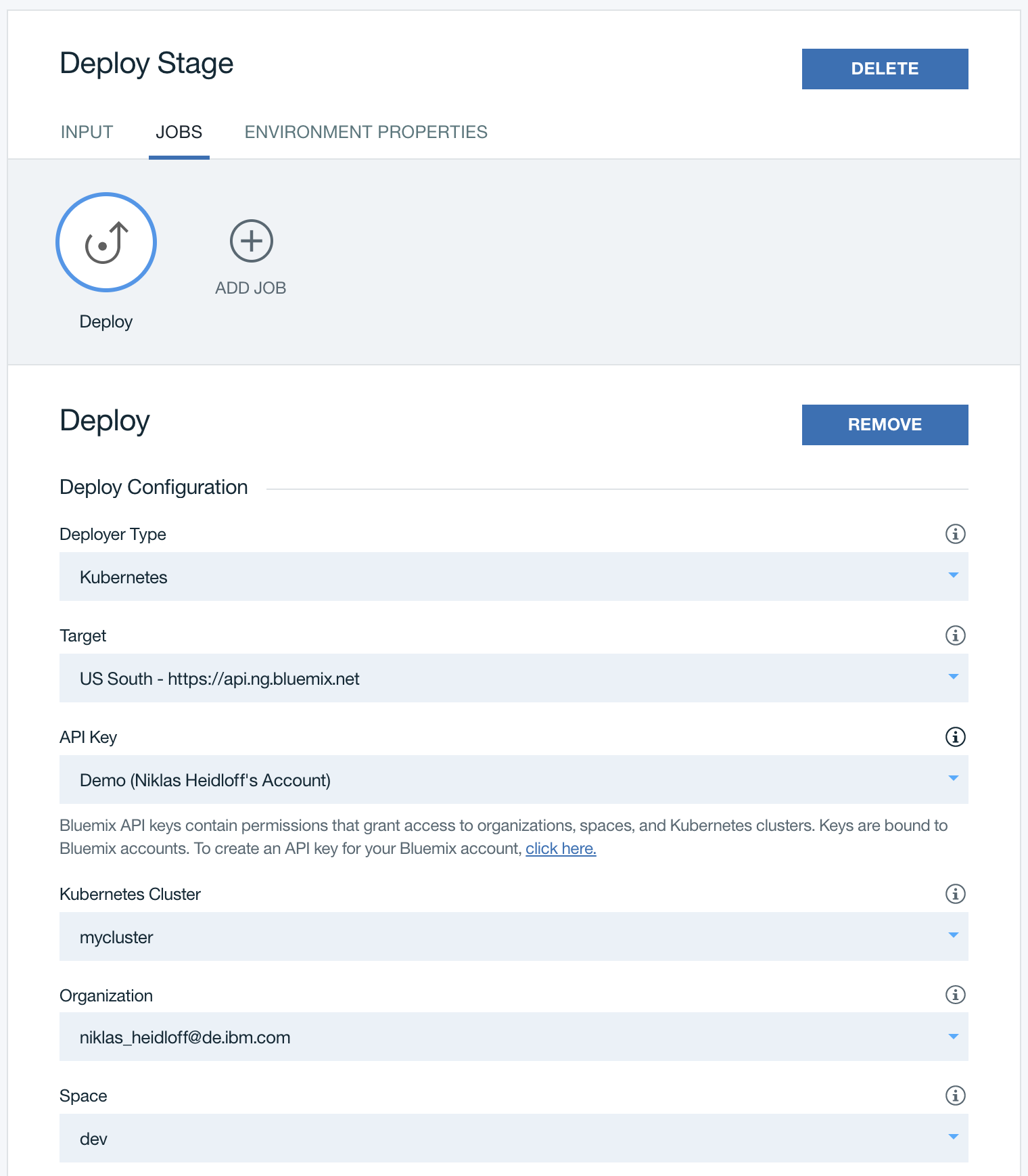 the second new feature is composite pipelines , which are useful for microservices applications to see the overall deployment status on one page.

if you want to learn more, go to bluemix.net/devops and create your own toolchain based on one of the templates.