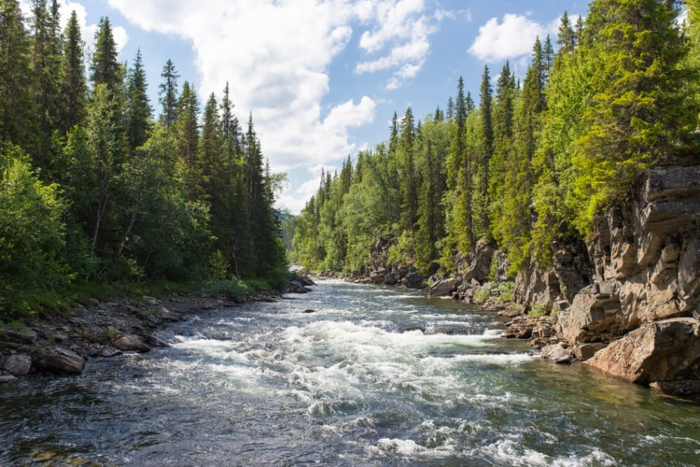 A value stream represents the progression of work by means of which value is accumulated and an outcome achieved. The purpose of a value stream is often to delight a customer.

Examples include the delivery of services — where value is delivered to stakeholders continually on an ongoing basis — and the delivery of products by means of a temporary endeavor, such as a project.

You may also like: Pattern of the Month: Epic

A value stream should have a defined start and endpoint, within which a series of discrete value-adding states can be modeled or mapped. These states and their transitions may then be optimized to reduce waste. In agile practice, a value stream may be considered to start with:

A value stream that lies within an agile team’s control may be modeled by them as a task or Kanban Board. This allows the flow of work to be visualized and managed. A board will typically articulate the various stations at which value is added...as a minimum this may delineate the states of To Do, Doing, and Done, for example.

More elaborate workflows can be elicited which enumerate stations at a finer level of granularity, including any buffers and queues. This can help to identify inefficiencies such as bottlenecks.

The term value chain is often used interchangeably with a value stream. However, a value chain strictly refers to interdependent business functions that have been disaggregated to analyze and better understand them. A value chain does not necessarily reflect a linear workflow. The focus of a chain is more likely to be on gaining a strategic competitive advantage than on achieving operational efficiency and customer delight.

Understand the value being added at each stage of a process with a view to eliminating waste.

Wasted effort is often hidden in established working practices. Transparency is needed. It has to be clear if the backlog of work is being turned into valuable products in the most efficient way possible, and where any blockages lie.

A backlog consists of many items which are placed in order. Items are removed from the backlog and progressed through various stations of work, and a stream of accumulating value is thus created. The time spent working on an item in each station in the value stream will incur a cost. These costs subtract from the value and are open to inspection.

The modeling of a value stream is applicable to all industrial sectors that face competitive or regulatory pressures for greater efficiency.

Understanding the value stream highlights occurrences of waste, such as bottlenecks or the introduction of unplanned work. There can be political repercussions associated with waste removal, as the practices that lead to it may be culturally normed. Waste often accumulates around the edges of linked value streams, such as the outputs and inputs between collaborating teams.

A team’s value stream is often represented as a Kanban or Scrum board. Bottlenecks and other impediments are thereby made transparent, and the stream can be inspected and adapted by the team. Work In Progress is often limited in order to reduce stock-on-hand and to improve throughput.

Pattern of the Month: Peer

Pattern of the Month: Increment