In-memory is a special configuration of WiredTiger that doesn’t store user data on disk. With this engine, data fully resides in the virtual memory of the system (and might get lost on server shutdown).

Despite the fact that the engine is purely in-memory, it writes a small amount of diagnostic data and statistics to disk. The latter can be controlled with the --inMemoryStatisticsLogDelaySecs option. The --dbpath option controls where to store the files. Generally, in-memory cannot run on the database directory previously used by any other engine (including WiredTiger).

The engine uses the desired amount of memory when configured with the --inMemorySizeGB option. This option takes fractional numbers to allow precise memory size specification. When you reach the specified memory limit, a WT_CACHE_FULL error is returned for all kinds of operations that cause user data size to grow. These include inserting new documents, creating indexes, updating documents by adding or extending fields, running aggregation workflow, and others. However, you can still perform read queries on a full engine.

The following graphs show Percona Memory Engine versus WiredTiger performance. Both engines use the default configuration with 140GB cache size specified. The hardware is 56-core Intel(R) Xeon(R) CPU E5-2683 v3 @ 2.00GHz with 256GB of RAM and RAID1 2xHDD. Test data set is about cache size and fully fits in memory. 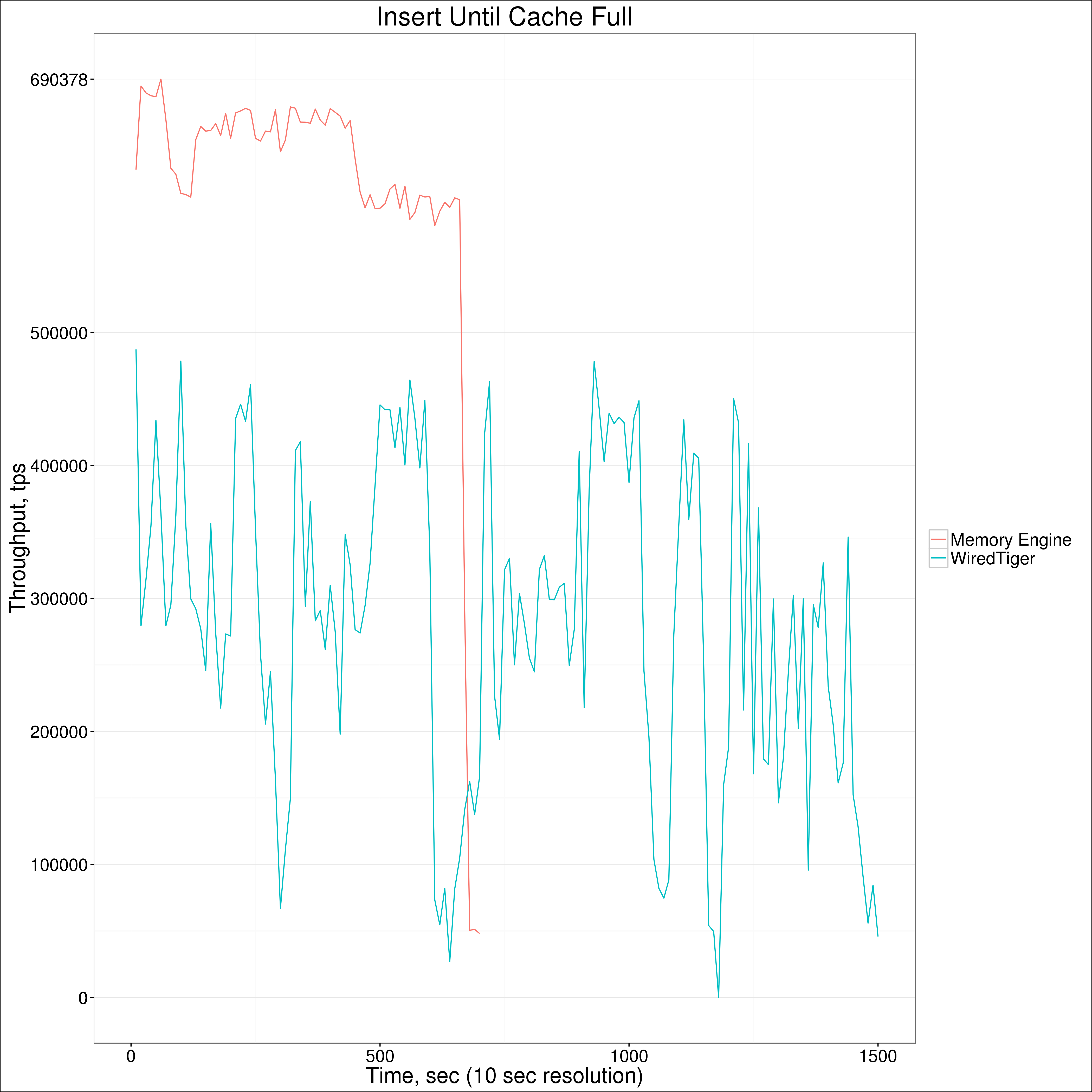 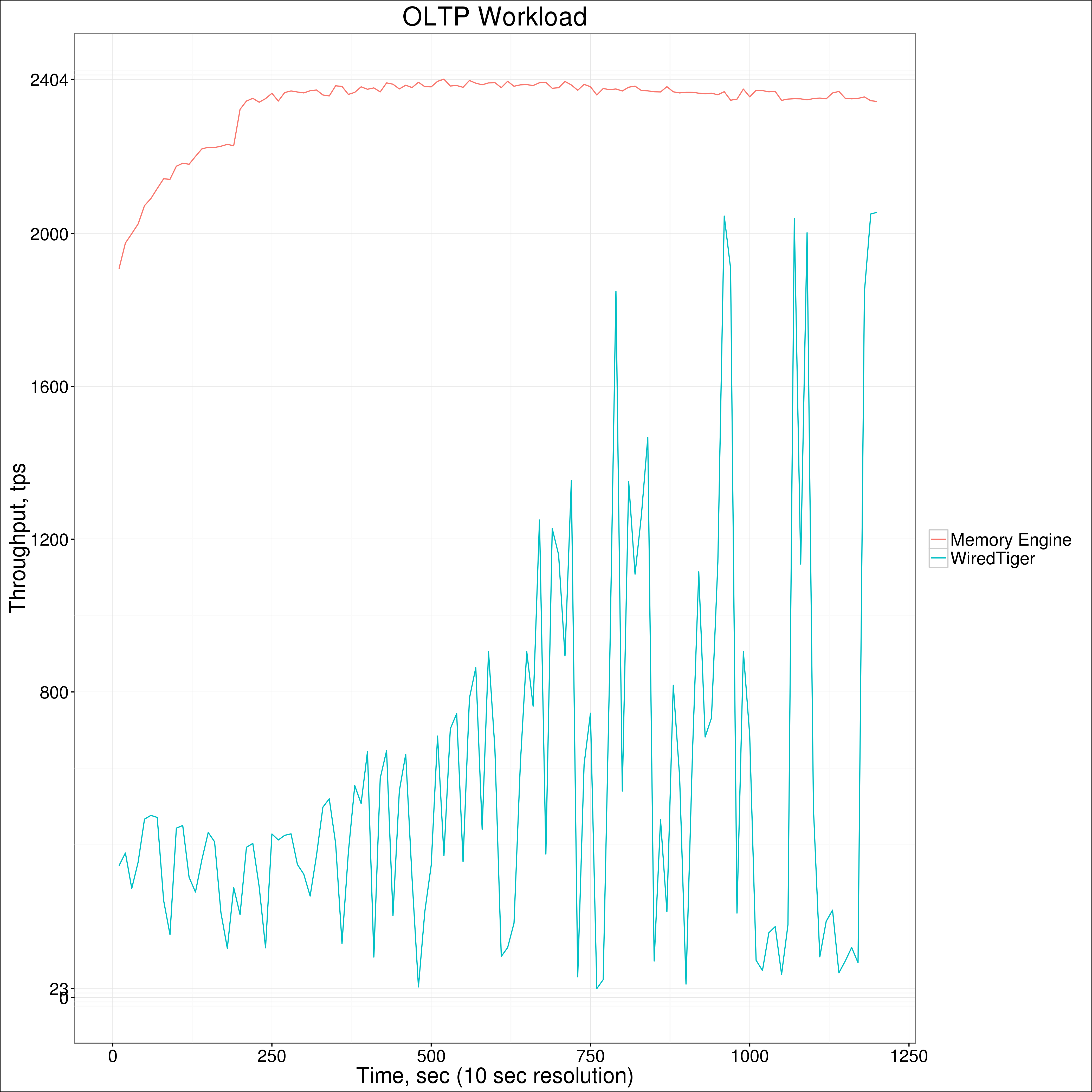 You can clearly see that Percona Memory Engine has better throughput and less jitter on all kinds of workloads. Checkpointing, however, can cause jitters in WiredTiger — and are absent in Percona Memory Engine, as there’s no need to periodically sync in-memory data structures with their on-disk representations.

However, the performance of Percona Memory Engine drops when it’s about to become full (currently, when it’s 99% full). We’ve marked this issue as fixed, but it still crops up in extreme cases.

Percona Memory Engine might use up to 1.5 times more memory above the set configuration when it’s close to full. WiredTiger almost never exceeds the specified cache memory limit. This might change in future versions. But current users should avoid possible swapping or OOM-killing of the server with Percona Memory Engine if (mis)configured to use all or close to all of available system RAM.

You can download the latest version of Percona Server for MongoDB, which includes the new Percona Memory Engine feature, here.