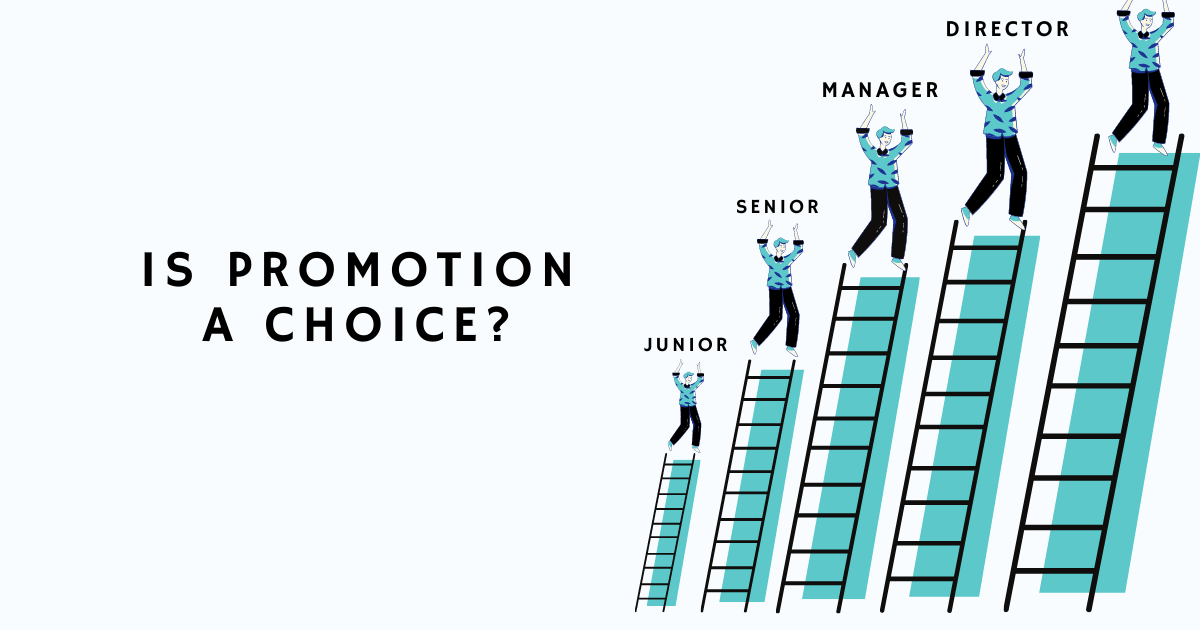 The promotion comes across as this beautiful bundle of temptation, wrapped up and presented as the perfect gift that's difficult to deny. It signifies more money, status lift, ego boost, and a false sense of self-worth.

The promotion trap makes people rationalize someone else's decision as being right without regard for whether it's the right thing for them.

In a culture where title carries more weight than the desire to do your best work, staying in a position for long is considered a sign of incompetence, and promotions are a means to drive authority and exert influence, the classic Peter principle comes into play.

Dr. Laurence J. Peter formulated the Peter principle in 1969 in a classic management satire The Peter Principle which states "people in a hierarchy tend to rise to the level of their incompetence"

I do believe that Peter principle is not a universal phenomenon as there are highly competent people across organizations who exemplify true leadership, serve as role models for many, and give us hope of a better future. They operate with a growth mindset to develop the skills required in their role through self-awareness and openness to feedback and learning.

Yet, it does serve as a reminder that there's a large part of our workforce which is at the effect of the Peter Principle. How else can we justify being around more bad bosses than good ones in our life who are shouldered with more responsibility than they can handle?

"Then again, from below, in the great heavy stack,
Came a groan from that plain little turtle named Mack.
'Your Majesty, please...I don't like to complain,
But down here below, we are feeling great pain.
I know, up on top you are seeing great sights,
But down at the bottom we too should have rights.
We turtles can't stand it. Our shells will all crack!
Besides, we need food. We are starving!' groaned Mack."
- Yertle the Turtle, Dr. Seuss

The reality of How Promotions Are Stacked Up 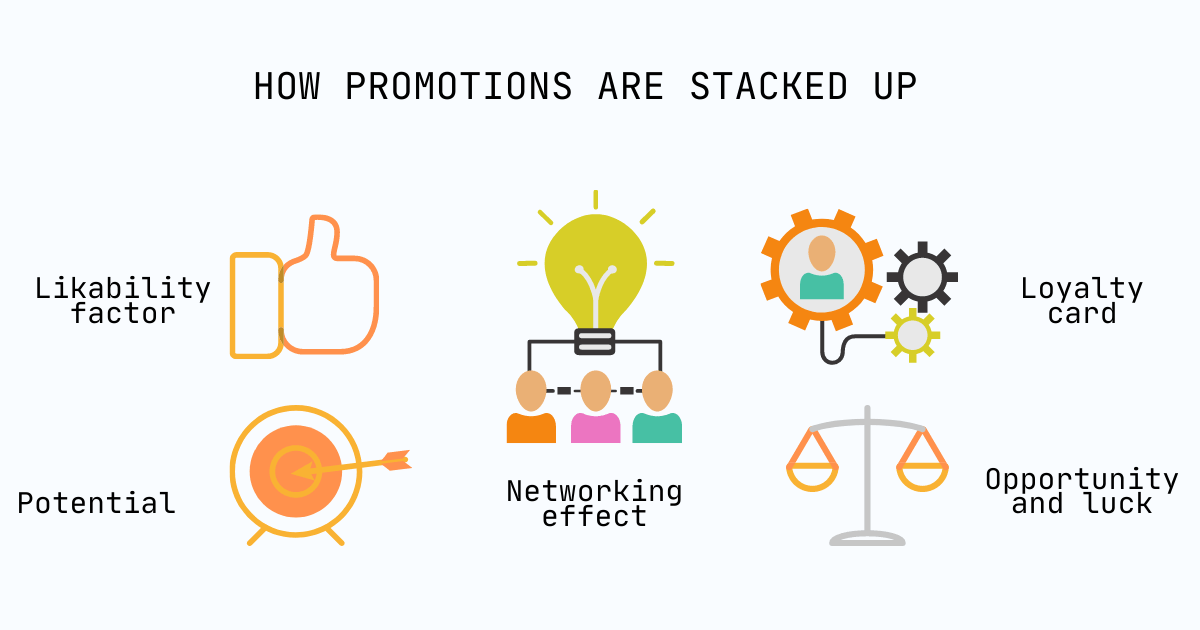 Promotion is a bet placed on people with high performance without regard for their potential. It's the hope that the person will rise to the occasion and embrace the responsibility while failing to consider if the person is suited for the role or even barely interested in it.

The inherent assumption that just because a person is doing well in their current role, they will also do wonders at the next level is inherently flawed.

Here's the testament to our broken promotion system:

Our connections within our network inside or outside our organisation play a significant role in our ability to climb up the corporate ladder.

People switch companies, move across divisions and even shift their area of expertise based on trust placed on them by a person with power. Influential people who sponsor others for higher and better positions have the effect of pulling them up.

The right network and the ability to manipulate it can give leeway to people to rise to the level of their ineffectiveness. By being agreeable or aggressive as the situation demands, they utilise the power of their network to rise in their role.

As Adam Grant says in giving And Take

Without the ability to fulfill the demands of their role or the desire to learn how to be effective in it, these people can rise to the level of their incompetence - a perfect demonstration of Peter principle effect.

Until algorithms take over human decisions, we will continue to be biased in our decision towards others.

Cognitive biases like fundamental attribution error, recency bias, confirmation bias and many others play a huge role in our personal liking towards others which then drives whether we consider someone worthy of promotion or not.

Without our conscious awareness, we tend to promote people we like. The likability factor alone can be such a big influence on our decisions that it can make us ignore warning signs that point us in a different direction. We stick with what we know and reject evidence that contradicts our beliefs.

Once promoted, we turn a blind eye to the incompetence of the people we promoted instead of making an attempt to correct our mistakes.

Ever heard "stay in the company long enough and be sure to rise through the ranks". Well, it's true.

There's a hidden incentive system built into our organisations that rewards people by promoting them based on their loyalty to the organisation.

Promotions built on the foundation of loyalty card flex the criteria used to make a promotion decision. The time spent by the person within the organisation and in a specific role in itself becomes a criterion for moving them to the next level.

The fact that they are doing well in their current role along with their loyalty to the organisation serves as the justification for disregarding their competence at the next level.

4. Game of Opportunity and Luck

People do not reach a certain position purely on the basis of their hard work. There's always an element of opportunity and luck that twists the situation in their favor.

By simply being present with the right opportunity at the right time and having the mindset to grab it, some people may occupy positions that are not fit for them and even damaging to those around them.

It may seem completely fair from their perspective to take it on as no one denies a good opportunity. The problem is with the lack of responsibility and accountability to do what it takes to be useful in their role.

The lack of self-awareness in how they are doing in their role and denial to change by uncovering their blind spots can turn them into an incompetent leader/manager.

5. Potential at the Next Level

In all fairness, few organisations and leaders do consider potential before deciding to promote. It's still a bet, but one taken seriously by establishing clear expectations from the role, providing the necessary resources to succeed and having regular checkpoints to make sure the person is proceeding in the right direction.

It requires a leadership mindset which does not consider promoting someone as the end of responsibility, but rather the beginning of one.

It's a small slice of the bigger pie and unless we take responsibility to fix the majority, we will continue to be surrounded by bad bosses who have a damaging effect on their teams and people around them. 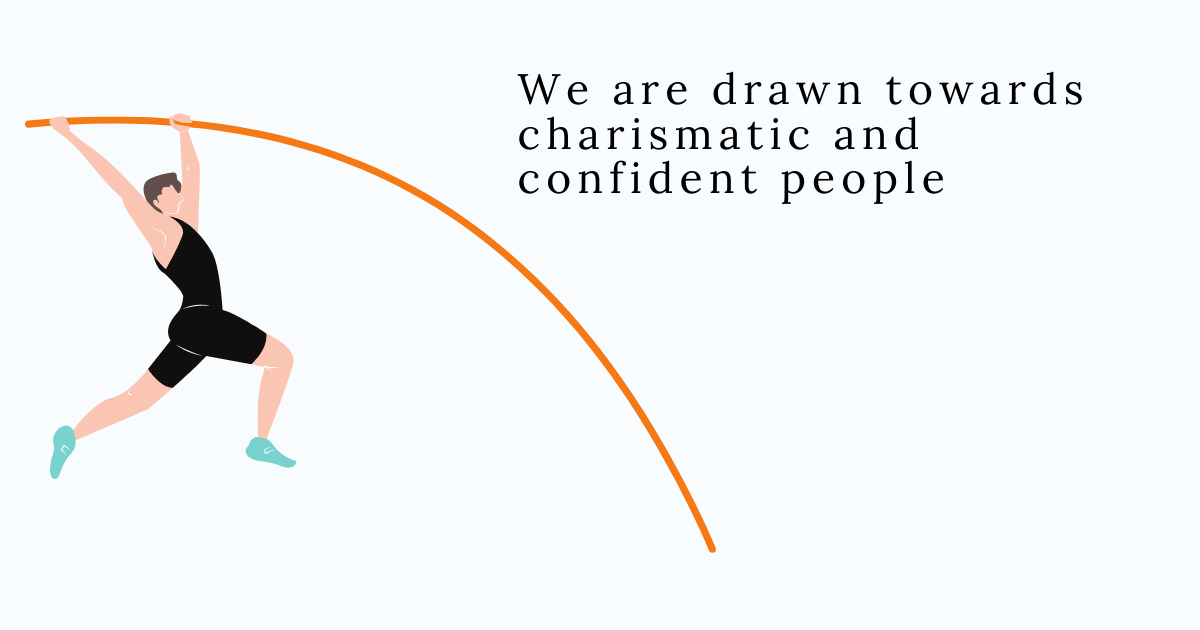 This factor itself makes us favour and trust people in higher positions with superficial attributes that have nothing to do with their ability to be useful in their role.

The Peter principle then has a larger implication towards how our cultures and societies are structured and the mentality within our groups that puts such people in these positions.

The problem is not that people in these positions are incompetent, it's rather their lack of awareness and willingness to seek feedback and bring about a change. With awareness, they can take measures to commit to learning and establish competence in their role.

Stephen R. Covey talks about the power of self-awareness in The 7 Habits of Highly Effective People

"Self-awareness enables us to stand apart and examine even the way we "see" ourselves-our self-paradigm, the most fundamental paradigm of effectiveness. It affects not only our attitudes and behaviors, but also how we see other people. It becomes our map of the basic nature of mankind"

So, even if you are the lucky one who's surrounded by all great bosses (or you happen to be one) and do not see the pain and misery of those who have to deal with bad bosses, remember the downside of ignoring Peter principle is too high and the moral responsibility starts with you.

Overcome Peter Principle: Don't Be Coaxed Into the Promotion Trap 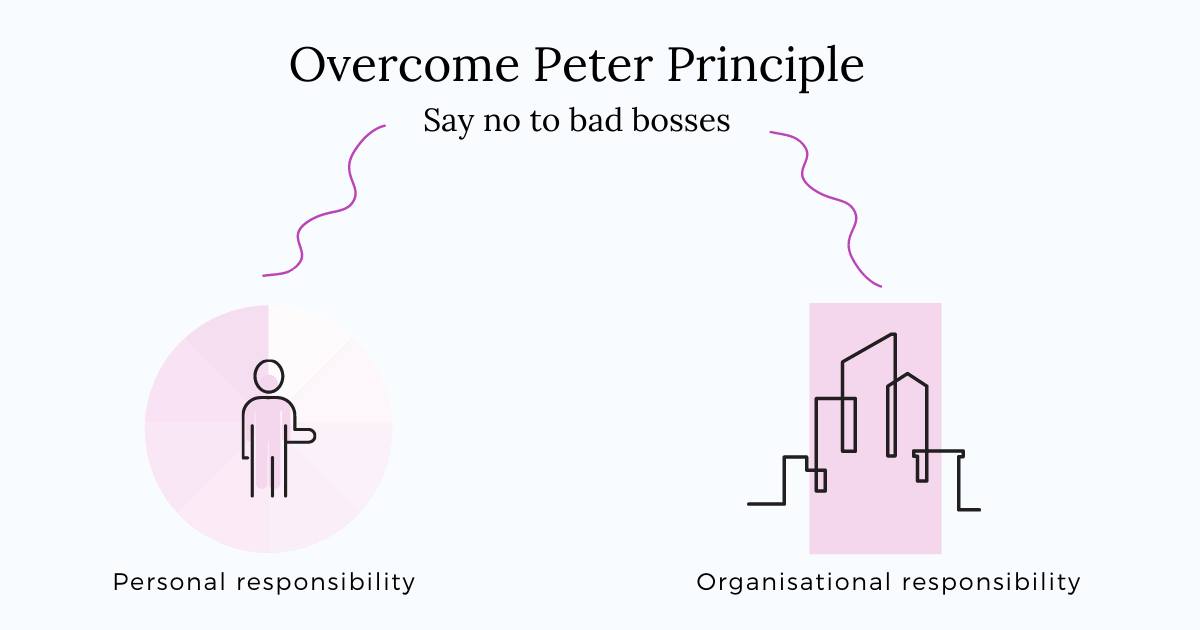 Can we enable the shift from assuming promotion as a necessity to it being a choice?

Denying a promotion is not adopting a fixed mindset, being fearful to take on responsibilities, or a sign of incompetence. It signifies having a strong sense of awareness of where you stand, what you want and having a plan to get there in a way that seems right.

When someone considers you for a higher position based on the trust they have in your abilities, it should be used as a cue to evaluate your options instead of assuming that position.

Promotion is a conscious choice to do work that you enjoy by establishing an understanding of the demands of the new role, asking if it is something you want, are you ready for it and then committing to making a choice by being honest with yourself.

If you do embrace the challenge and realise later that you are not fit for it, have the courage to go back to what you loved. And yes, it may seem like a demotion in the short term but it will be much better than suffering daily with a role that you do not enjoy.

If not for yourself, do it for the people who trusted you with it and others who report to you and deserve to have someone who's 100% committed to it.

When making a decision, remember this from Dr. Laurence J. Peter, The Peter Principle

"As individuals, we tend to climb to our levels of incompetence. We behave as though up is better and more is better, and yet all around us we see the tragic victims of this mindless escalation"

Say no to being a bad boss yourself by choosing not to rise to the level of your incompetence. Say no to Peter principle.

An organisation in which competition prevails over collaboration, title carries more weight than the value produced and people spend more time in building an image as opposed to investing their time in doing real work, there will be a propensity to promote incompetent people to higher positions.

Such organisations cannot eliminate Peter principle without a cultural change in which performance is rewarded based on true value generated by the employee and promotion is granted based on potential and alignment to the expectations of the new role.

The shift from telling people,

In the end, you have to make a choice. At some point in your career, you will find a fork in the road - one path will lead you to promotion and another to unexplored possibilities. Only you can determine what's the right path for you.

Promotion is a trust, a responsibility to rise to the occasion while staying true to yourself and those you serve. Be the creator of your own path without being influenced by what others feel is the right thing to do.

What do you think about the Peter principle in your organisations?