The POP and PUSH (P&PT) testing framework's goal is to provide a platform for combining Six Sigma testing techniques with IBM App Connect microservices. In the same way that a recording reel of film records a snapshot of test case data, the P&PT will record a snapshot of test case data. It is digital proof captured throughout the lifecycle of an App Connect Enterprise application, from development to production (application lifecycle), using Git and Jenkins' workflow.

In reaction to the business scenario, the project's test case count increases. As the test case repository grows like the General Sherman Tree grows: the goal is to reduce the amount of time spent on manual testing (operations).

The test case necessitates a significant amount of effort due to the needs of the stakeholders. The flow development and testing process are akin to a large-scale ballet performance, with everything moving in lockstep.

The App Connect Toolkit is being developed with the help of the P&PT Testing Framework. To keep things simple, we'll focus on the situation of two developers (Laurel and Hardy). Another developer will arrive later.

Hardy builds a message flow in his App Connect Toolkit.

Hardy during his development, performs the following activities: 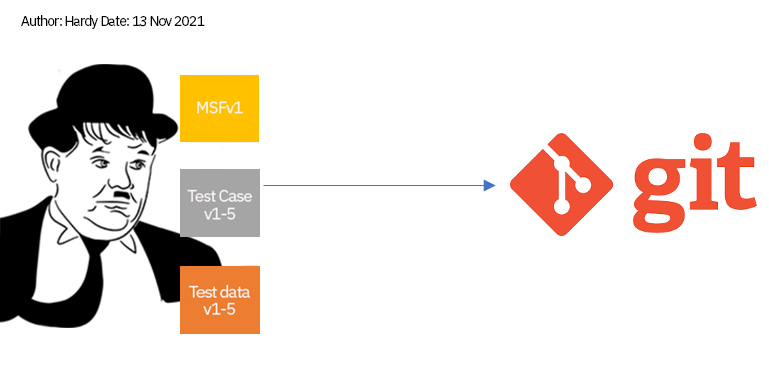 Now Laurel joins the team. He is allocated with modifications needed on the message flow built by Hardy earlier. Laurel performs the following activity as given below.

The application cycle moves from the workstation to various other environments in the deployment cycle such as DEV-SIT-UAT-PROD.

The Git repository contains all test cases and data. The company can run several cases with labels and achieve Six Sigma control on the published microservice. 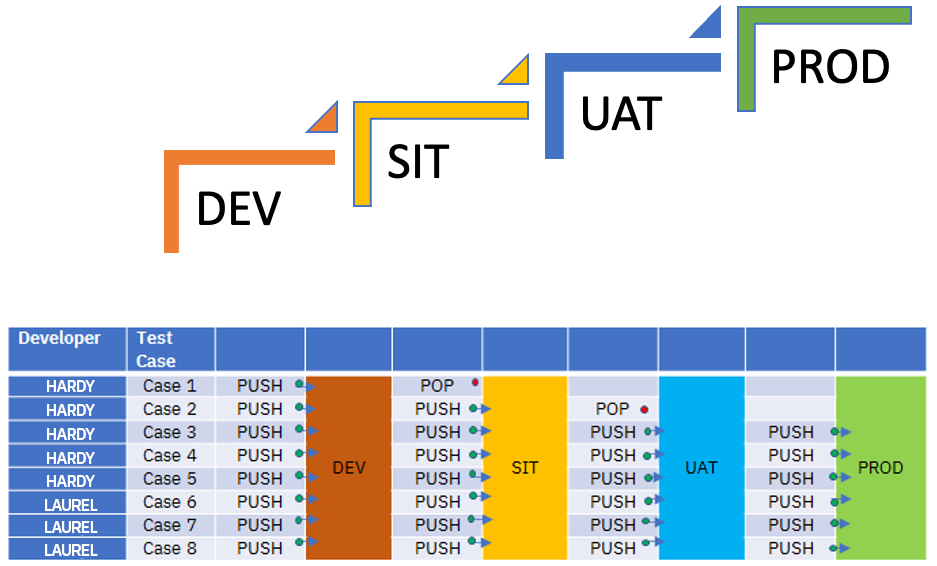 Let’s understand the navigation of the above Table 2.

Hardy builds the message flow and creates five test cases, and its code is promoted through the DEV-SIT-UAT-PROD cycle as defined in Table 1. After four weeks Laurel works on the same message flow with modification and three new test cases along with Hardy's five previously generated test cases as shown in Table 2.

PUSH means moving the test case to the next level of DEV-SIT-UAT-PROD.

POP means moving the test case out of the deployment cycle  DEV-SIT-UAT-PROD.

The implementation of the IBM App Connect process following the PUSH & POP Test Case (P&PT) testing framework is the engine for speeding the microservice defect free. It consists of the following components connected to each other in a disciplined manner.

Published at DZone with permission of Omprakash Upadhyay. See the original article here.