This article is intended to speed up and simplify the process of mastering the Postman tool's basic functionality.

The company positions its product as an API development platform.

But why does everyone love the Postman platform?

It is a powerful API testing and development tool, which at the same time has a simple and intuitive interface. If this is the first time you open this program and know the difference between POST and GET, then you can easily send your first request. However, there are some nontrivial tricks which make life much easier.

So let’s start (get Postman app).

We look for the necessary button (1) in the upper central part and create a workspace (or select from the existing ones as I do). The notion of a workspace comprises grouping of your projects —it may be a folder or desktop, if you want.

Then we click plus (2) and create a request tab.

We click on the gear in the upper right corner and create an environment.

I usually duplicate them — it’s better to make it a habit to fill everything in, and replace the data in case of necessity.

We select our environment as active (there is a drop-down list to the left of the gear).

Let’s send a POST using variables. We should add a tab and select the type of POST request. We want to use the host variable from our environment. Variables are written in double curly braces. Put in the braces and begin to write the name of the variable. Postman will suggest we select a variable from the current environment. Let’s choose. Since this is a POST request, we proceed to the body tab (under the address bar) and add the username parameter, the value for which will be a variable. I added several more parameters for illustrative purposes, the server will return the sum of them.

In Postman, we can interact with the received result, programmatically send requests, and write tests.

Some Words About Tests 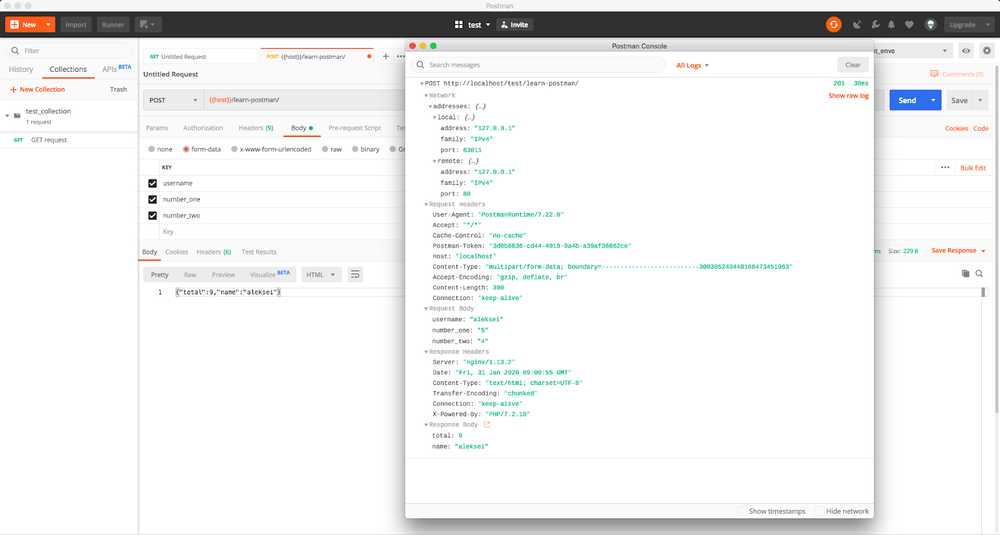 Tests are written on the Tests tab. I will give you a few examples of simple tests, and then we’ll see how to work with them.

This is a common anonymous function. In this case, we say that the answer should have a status of 200.

Due to the fact that we get a JSON line in the server response, we can parse this into a variable. Let’s do it with the following line:

Then we use a new variable:

In this example, we expect that the total in jsonData will be equivalent to 9.

Now let’s try to compare the received value of the field "name" from jsonData with the username variable we have in our environment.

You can get a variable from the environment like this:

You can not only read, but also write in the environment.

We are trying to get the variable “total” from the environment (it is not there yet).

Since we did not get anything from the environment, there will be nothing in "sum" either. We create a "total" in the environment and write in there the value obtained from jsonData.total. 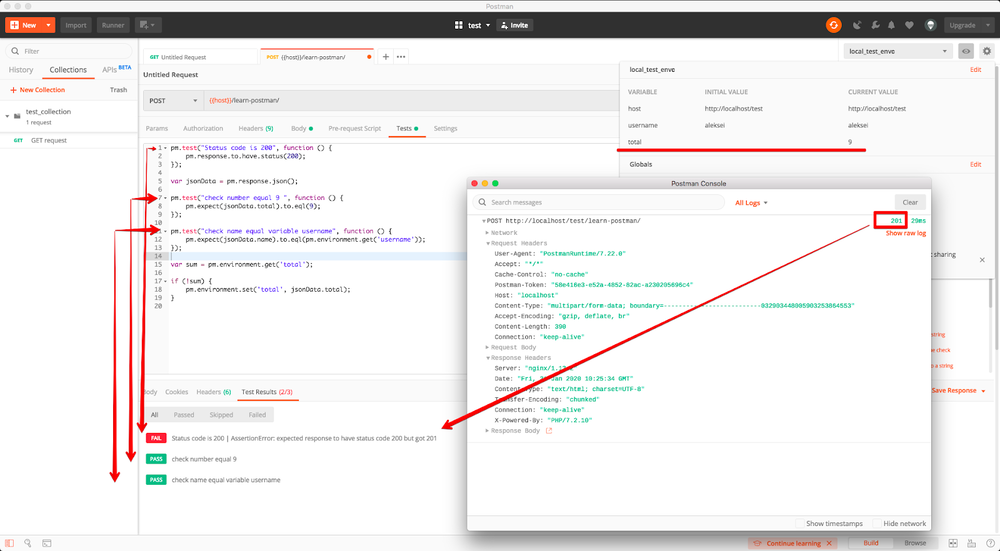 All the tests except the first one have passed. The server returns the code 201 to us, while we expect 200. Our variable is in the environment, so everything works.

Task: send a certain number of requests, changing a parameter each time.

(We check if there is a variable "digits" in the environment, and create it, if there is no such variable. We output the array "digits" to the console before the request. Next, we take the first element from "digits," removing the value from the array itself. And set the value in the environment for "digit" and "digits." There is one first element less in digits already.)

In the "Tests" tab, we write the following:

(We take "digit" and "digits" from the environment and put some information into the console. If "digits" is not empty, we specify the following request setNextRequest and pass the current request as a parameter. Otherwise, we say that nothing else should be done, clear the environment variables, and print the line "stop" in the console.)

After all that, we open Runner (in the upper left corner), select our new collection and our loop request, select the environment, and click the Run loop. 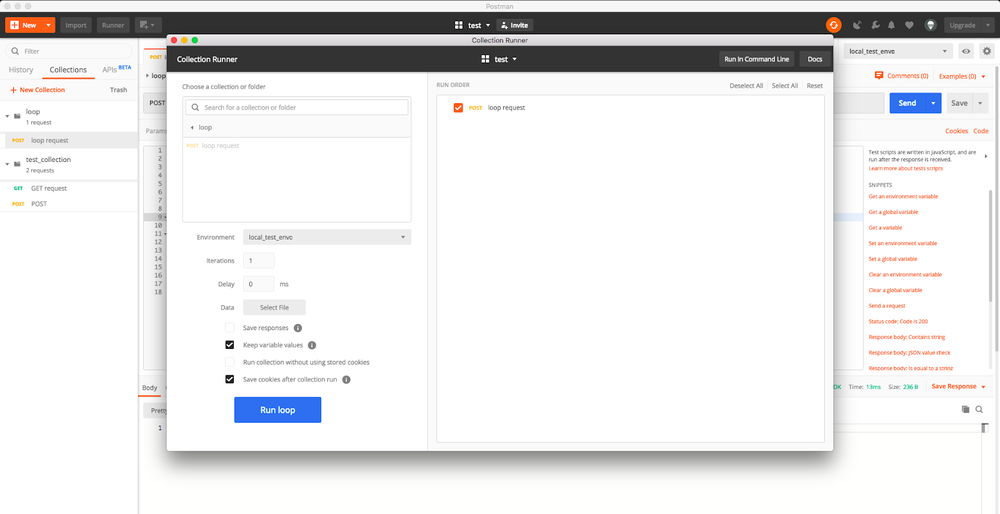 In the runner, we see that six requests have been completed. 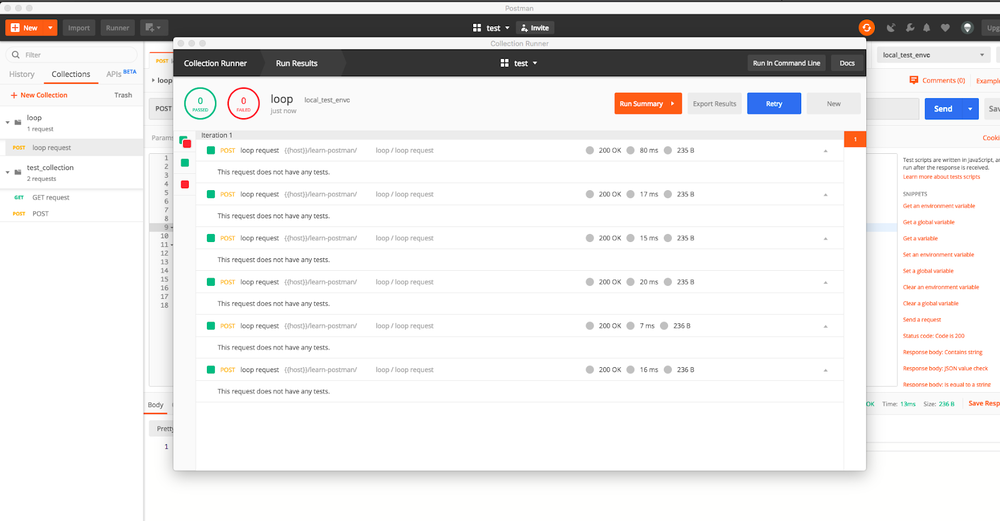 We then open the console and watch the logs.

We tested some of Postman’s features in practice, made sure that it’s really a very convenient and multi-functional development platform that simplifies the processes of development and API testing.

Published at DZone with permission of Oleksandra Liubytska. See the original article here.