the content of this article was written by tony hirst on his blog, ouseful.info.

a week or two ago, the government data service started publishing a summary document containing website transaction stats from across central government departments ( gds: data driven delivery ). the transactional services explorer uses a bubble chart to show the relative number of transactions occurring within each department: 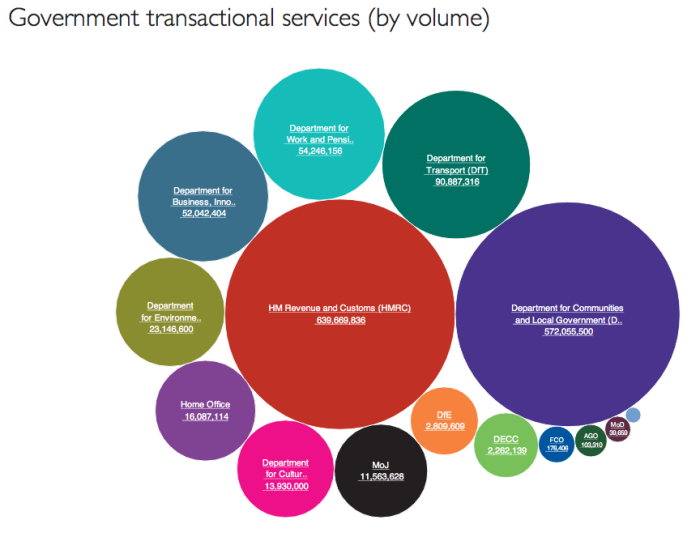 the sizes of the bubbles are related to the volume of transactions (although i’m not sure what the exact relationship is?). they’re also positioned on a spiral, so as you work clockwise round the diagram starting from the largest bubble, the next bubble in the series is smaller (the “other” catchall bubble is the exception, sitting as it does on the end of the tail irrespective of its relative size). this spatial positioning helps communicate relative sizes when the actual diameter of two bubbles next to each other is hard to differentiate between.

clicking on a link takes you down into a view of the transactions occurring within that department: 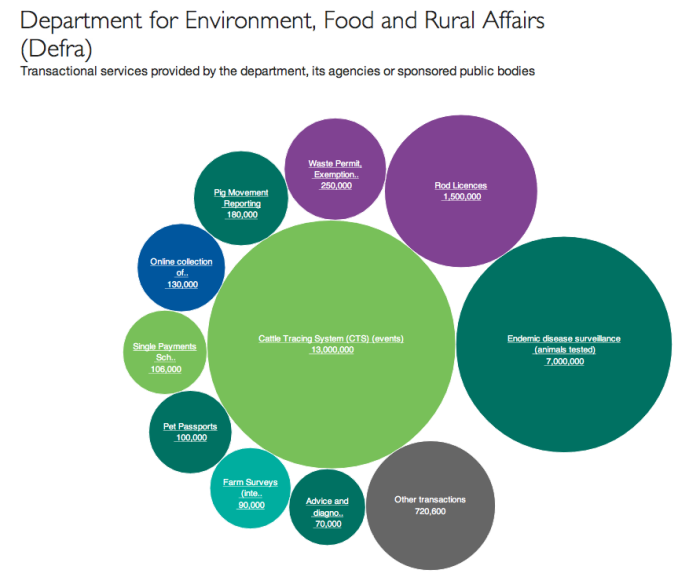 the result is a treemap that i decided shows “interestingness”, which i defined for the purposes of this graphic as being some function of the number and variety of transactions within a departement. here’s a nested view of it , generated using a google chart visualisation api treemap component: 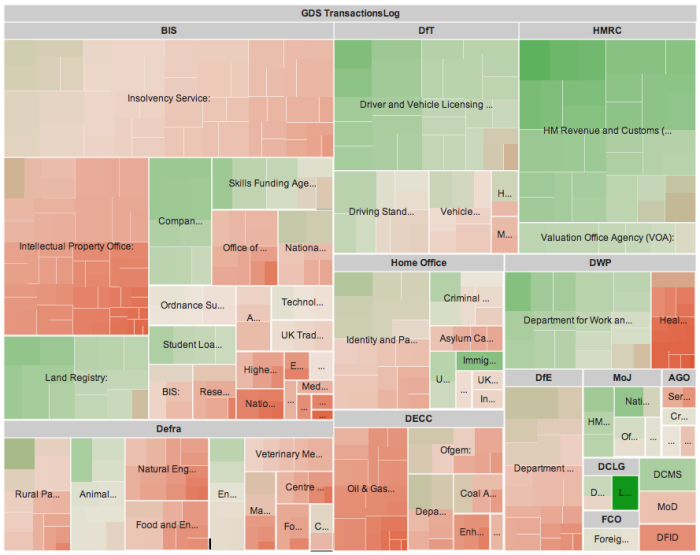 the data i grabbed had a couple of usable structural levels that we can make use of in the chart. here’s going down to the first level: 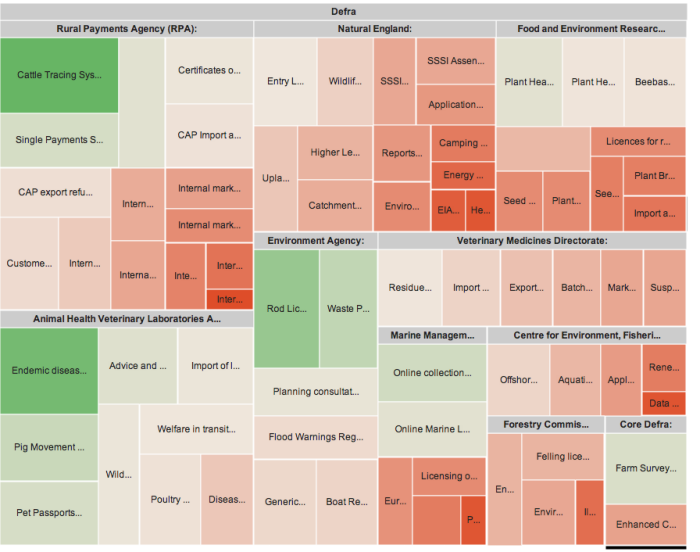 …and then the second: 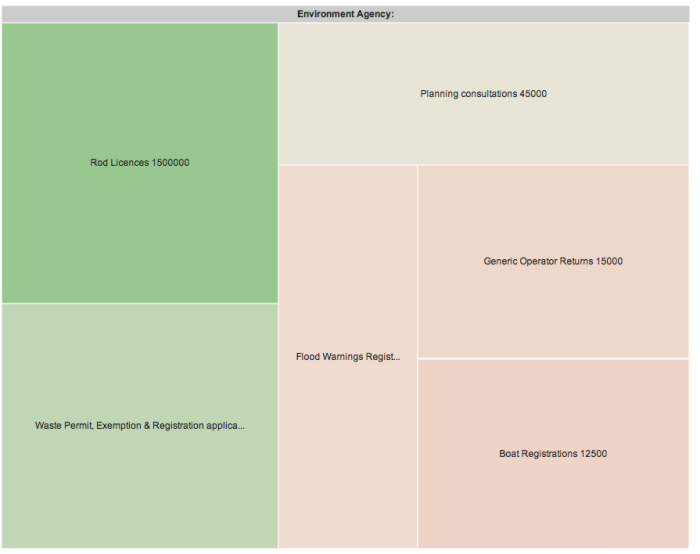 as a management tool, i guess the colours could also be used to display percentage change in transaction count within an area month on month (red for a decrease, green for an increase), though a slightly different size transformation function might be sensible in order to draw out the differences in relative transaction volumes a little more?

i’m not sure how well this works as a visualisation that would appeal to hardcore visualisation puritans, but as a graphical macroscopic device, i think it does give some sort of overview of the range and volume of transactions across departments that could be used as an opening gambit for a conversation with this data?