regardless of what we discover, we understand and truly believe that everyone did the best job they could, given what they knew at the time, their skills and abilities, the resources available, and the situation at hand.

his advice is simple:

in my view, every retrospective should start with the prime directive being read out, exactly as it has been worded. i know some agile teams that regularly run retrospectives and choose to skip it in favor of delving into the other phases, but in my experience, this tends to result in less valuable retrospective outputs.

this advice is true for agile teams running heartbeat retrospectives: start the meeting by reading out the prime directive. whoever reads it out should do so as enthusiastically as possible and, even better, leave it hanging in the room to give participants a visible reminder of the statement’s powerful potential. 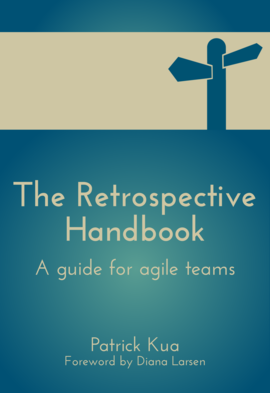 this kind of advice generates in me a feeling of deep revulsion. immediately it brings to mind images of motivational posters, school prayers, and two-minutes hate . empty rituals, designed to quench curiosity and innovation, presided over by those whose minds are too empty to share my distaste.

yet there's significant evidence that a ritual like this can supply real benefits, supporting pat's positive experiences. in psychology there is a phenomenon called priming .

in an experiment that became an instant classic, the psychologist john bargh and his collaborators asked students at new york university—most aged eighteen to twenty-two—to assemble four-word sentences from a set of five words (for example, “finds he it yellow instantly”). for one group of students, half the scrambled sentences contained words associated with the elderly, such as florida, forgetful, bald, gray, or wrinkle. when they had completed that task, the young participants were sent out to do another experiment in an office down the hall. that short walk was what the experiment was about. the researchers unobtrusively measured the time it took people to get from one end of the corridor to the other. as bargh had predicted, the young people who had fashioned a sentence from words with an elderly theme walked down the hallway significantly more slowly than the others.

the above quote comes from one of my favorite recent reads, daniel kahneman's thinking fast and slow

. the book focuses on the many ways our mind can be fooled by jumping to incorrect intuitive conclusions. with priming what happens is that the mind can be primed into a state that tilts outcomes. kahneman also reports experiments which have suggested that priming with associations of money can lead to increased self-reliance and selfishness; and "reminding people of their mortality increases the appeal of authoritarian ideas". a recent experiment suggested that a simple fifteen minute writing exercise about personal values could significantly improved the performance of women in physics examinations.

faced with this evidence on the power of priming [1] , it seems likely that focusing attention on the prime directive could well be priming people to take that more open and understanding frame of mind that's essential for a good retrospective. so however much i hate it, i should just bite my tongue and put up with it.

1: there are some question marks over priming. firstly there is the point that almost all these modern psychological experiments are done on students; and it may be that young, affluent, and intelligent westerners don't react the same as all of humanity. secondly there have been concerns about problems with replication in many of these studies.