Everyone wants to be more productive without burning out. So, how do you get more done without working more hours? And how do you help the rest of your team improve without taking on the role of taskmaster? The answer is the use of effective tools.

In this article, we'll look at five effective tools software engineers and tech companies can use to speed up their development lifecycle without sacrificing quality. Design systems, code linters, code formatters, continuous integration, and IaaS/PaaS providers are all tools that allow software engineers to streamline mundane work and, in turn, prioritize building their products. 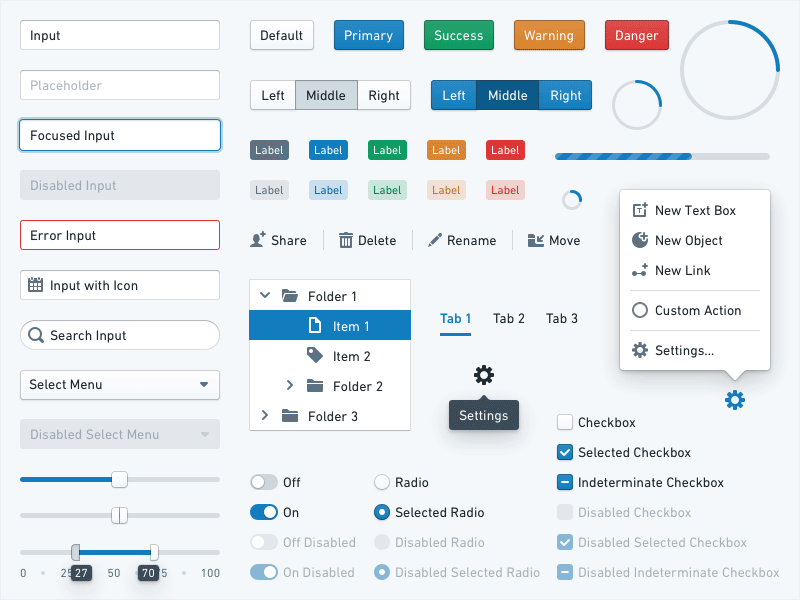 Although, in practice, it is much more than that! A design system also includes the design patterns, usage guidelines, documentation, ownership model, communication methods, product roadmap, and much more.

These building blocks might consist of components like avatars, badges, buttons, dropdowns, form inputs, icons, links, modals, progress indicators, and tooltips. Like Lego pieces, these components can be assembled to create all the pages and features that your app needs.

Design systems provide massive benefits that allow your organization's UI to scale as the company and product grow.

Code linters like ESLint for JavaScript do static analysis of your code. They help catch syntax errors and even best-practice issues automatically and can be directly included in your build process or git hooks. Code linters are handy because they automate the kinds of things humans are bad at but that machines are good at – no more searching for the missing curly brace on line 245!

ESLint is also highly configurable and has a vast ecosystem of plugins. You can install ESLint plugins like eslint-plugin-jsx-a11y to help catch accessibility violations in your app or eslint-plugin-react to help enforce React best practices. There are also presets you can use if you don't want to pick and choose the various plugins yourself. One popular preset is the eslint-config-airbnb package that includes Airbnb's recommended ESLint configuration options.

Formatters like Prettier can format your JavaScript, HTML, CSS, and even markdown files. Similar to code linters, code formatters help automate what would otherwise be a painfully manual task.

No more spending time arguing about whether you should use spaces or tabs, semicolons or no semicolons, trailing commas or not – just set up your Prettier config and allow it to format your code. The formatter will maintain consistency and team standards throughout your repository for you. This also means no more spending time in code reviews saying things like “missing semicolon here” or “add a new line to the end of the file.” Prettier allows you to focus on the functionality and maintainability of the code itself.

Using this Prettier config can take ugly, inconsistently formatted code like this:

It turned into a beautiful code that looks like this!

As an app grows in complexity and size, it becomes impossible for a single person to remember how everything works. It also becomes infeasible to manually test everything in the app, not to mention cost-prohibitive.

Unit tests, integration tests, and end-to-end (e2e) tests make sure your code does what you think it does, serve as documentation, and guard against future regressions. If you ever feel like writing tests is a pointless endeavor, remember – tests are for the future.

Continuous integration (CI) ensures that your master branch of code stays in a workable state (in theory). You can use a service like Travis CI, CircleCI, GitLab CI/CD, or Heroku CI to set up continuous integration for your repository. You can then configure your CI pipeline to run your linters and automated tests after each commit and also require that everything passes before code can be merged.

By having tests and running them often – both during local development and as part of the CI pipeline – you can save hours of time you'd otherwise spend manually testing the app.

Deploying your app to the Heroku platform means, among other things, that you don't have to worry about scaling your app as usage increases. Horizontal and vertical scaling can happen automatically.

When your infrastructure is managed for you, you can spend more time on your product and less time on toil.

Each of the tools we've covered helps take care of the mundane work inherent in software engineering. Design systems, code linters, code formatters, tests, continuous integration, and IaaS/PaaS providers can drastically speed up your software development lifecycle. Still, it's up to you to start using them. Once you've taken care of the initial configuration for these tools, you'll be amazed at how efficient you and your team can become.

If you want to be more productive, use the tools at your disposal to automate what you can. Then, you can focus on what you love – building your world-changing app.