Thanks for the video. You've answered my question and given us lots to talk over. Now, do you have any advice on getting those resistant to change — crusty, old, developers — to buy in to change?

My immediate response was: incentives and fun.

So now it is time to elaborate a bit.

First of all, the hardest part of programming is not learning new features or absorbing the syntax of a programming language. After all, learning such a language is waaaaay easier than learning a human language - primarily because when we write code we are communicating with something that "thinks" quickly but is not particularly "smart." It, the computer, however you want to define that these days, does what we tell it to do. Really, it does, no matter how many sci-fi movies you've watched that indicate otherwise. 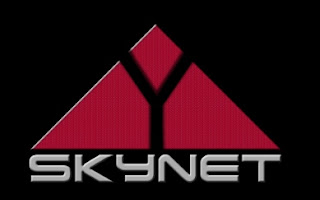 Since a computer isn't very smart, we have to communicate with it using very formal, stiff syntax. That's a pain, but it also makes things easier.

Anyway, the hardest part of programming is that programming is performed by humans, and we are complicated, contradictory, flawed organisms. Thus, the social processes that envelop the programming tasks are usually a bigger challenge (and opportunity) than focusing on the technology itself (that is, go to another class on Advanced PL/SQL, and so on).

So when it comes to the question of "How do get change-resistant crusty, old programmers to change their behaviors?", the answers are too fold:

Appeals like "Do the right thing." or "Stop acting your age." or "Nobody's done that for decades." will not motivate a person to change their ways.

We change when we feel it is in our best interest to do so - or we change without quite realized it, because someone was very clever in how they approached things.

So my suggestions for being clever and incentivizing for change:

Let's look at an example. Suppose that we have a problem in our development team that code re-use is pitiful. Instead different members of the team write the same or similar stuff, over and over again.  How can we get the behavior to change?

1. Identify the Behaviors You Want to See Changed

I want my team to find and re-use existing subprograms in package APIs, rather than rewrite stuff.

2. Figure Out How to Measure the Change

How can I tell when people are reusing code? Ah, the beauty of PL/SQL - code is stored in the database and metadata about that code is stored in various data dictionary views. Of most relevance here for PL/SQL developers is PL/Scope and the ALL_IDENTIFIERS view. I can run a query that shows me how many places a particular or all subprograms are invoked.

I've also posted a PL/Scope helper package on LiveSQL that may help get you started on PL/Scope more generally.

3. Make It As Easy As Possible to Make the Change

Now, this is a tough one. How do we make our developers more aware of what they can re-use and how? I do not have a simple or "packaged" solution for you, so I will instead offer some ideas:

4. Make the Change As Fun As Possible

Yes, that's right, I used the word "fun" in the context of not just software, from changing software coding behaviors. Hmmmm. Well, how do people have fun? They play games!

And there is a game you can play - individually and as a group - that will help improve your ability to identify repetitions in code and therefore opportunities for reuse. That game is Set. Set is a wonderfully simple and elegant game. I encourage you to buy the actual deck of cards (but, yes, you can play it online and there is an app, of course). 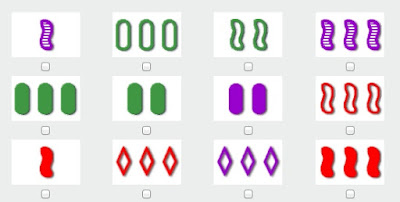 Play this game with your kids (if they are young enough to still want to play games with you) and play it together as a team. It's fun - and it's all about enhancing your pattern analysis skills.

5. Reward Us As and When We Go Through the Transformation

Oh how we humans like our rewards! They can come in roughly two forms: tangible and intangible.

How could you tell? Again, in the context of Oracle PL/SQL, PL/Scope would help this.