For next semester, I plan to use the tinyK20 as a remote controller for the Zumo Robots. I already had an early prototype presented in "3D Printed Gameboy and Remote Controller with tinyK20 Board," so here is the next iteration of, in a sneak preview: 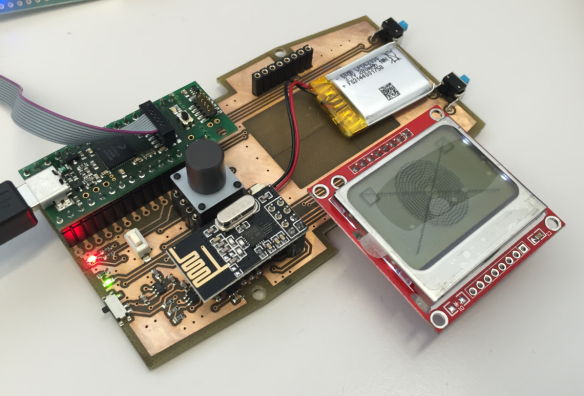 It fits into a blue transparent enclosure like this (the holes on the top for the LCD and joystick are not done yet):

TinyK20 as remote controller with enclosure

The prototype has the following features:

The joystick is used to navigate through the menus on the display, plus to drive around the robot.

As an option, I’m thinking about adding a Semtech LoRa (Long Range) 433 MHz radio module as an option. That way I would have a cool IoT device which can communicate several kilometers and the same time can be used as a data logger.

Thanks to Andreas for creating that first prototype and helping me creating this new tool for the next semester!